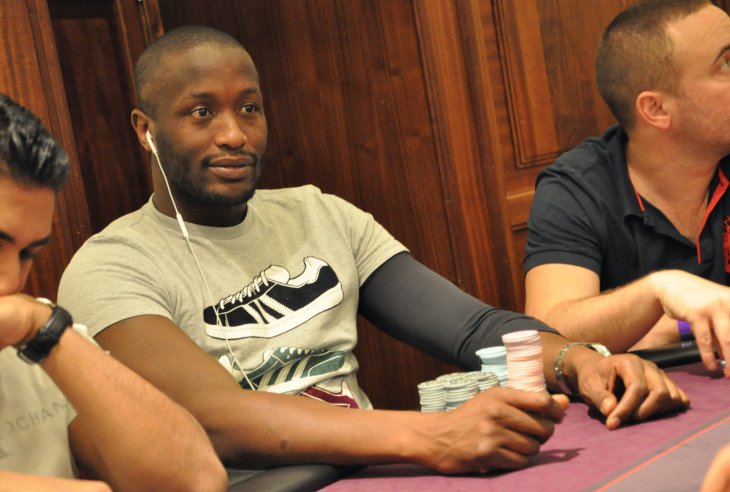 The tournament began with 855 participants and played down to a champion on Monday at the Casino Atrium Prague.

Sow, mostly a low-stakes grinder, had long been seeking his first major title. He had 39 prior cashes for just more than $400,000, but nothing earth-shattering. He finally got the monkey off his back and took down the final semi-major poker tournament of 2017.

Prior to the start of heads-up play, the competitors agreed to chop the €1,245,000 remaining prize pool money, with the winner receiving the biggest payout.

Although he doesn’t speak fluent English, Sow wasn’t afraid to needle Wheeler, a more accomplished tournament player, mixing in some trash talk with his aggressive play.

Many first-time major champions celebrate by partaking in an evening of drunken debauchery, but not Sow. He planned a more relaxing night of dinner and a few drinks with friends prior to his flight back home to Paris.

Wheeler, one of two Americans at the final table, won coinflips to bust Gabriele Lepore in 4th place, and hometown favorite Mrakes in 3rd.

That set up what was expected to be a long, intense heads-up match between two players who had already engaged in some trash talk. Wheeler made it clear he expected to win given that he was the more accomplished pro.

But after just 20 hands, chip leader Sow got his money in with pocket 10s against A-9 pre-flop, and his hand held up, ending the tournament.

PokerStars recently announced the return of European Poker Tour, which is owned by the online poker site. The EPT ran from 2004 until being rebranded as the PokerStars Championship at the start of the current year.

Similarly, PokerStars is bringing back the PokerStars Caribbean Adventure in January 2018, after a year hiatus and PokerStars’ attempts to rebrand its live tournaments after disbanding the EPT.

Any player´s dream to win a Tournament like this one. Great..

I had the opportunity of watching the final table live at pokerstars, it was a crazy game, I will never forget when this guy Jason Wheeler was leade in chips and they both got a straight with the flop 8 9 10 Jason Wheeler with 6 7 and Sow with JK, and I dont know why Jason Wheeler lost his temper and just said All In, I was like whaaaaaaaaat hahaha and Kalidou Saw inmediately calls. The face of Jason Wheeler was priceless, in one hand he gave practically the championship to Saw. It was a great game.