NJDGE and Kahnawake Gaming Commission in Quebec Reach Accord, as Canadian Regulator Agrees to Pull Out of US Markets

The Kahnawake Gaming Commission (KGC) has ordered its licensees to cease offering bets to the entire US market, after reaching an agreement with the New Jersey Division of Gaming Enforcement (DGE) on Monday. 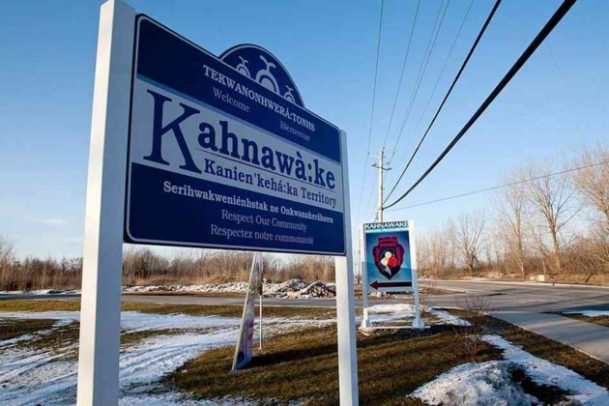 The Kahnawake Gaming Commission and the New Jersey DGE have come to an agreement about licensing for offshore US-facing operators. (Image: kateritekakwitha.net)

The Quebec, Canada regulatory jurisdiction, run by the Mohawks of Kahnawake from inside sovereign tribal lands near Montreal, has been an online gaming licensee since 1999. It currently regulates around 80 online casinos, sports books, and internet poker rooms.

Until this week, Kahnawake offered no restrictions on the markets from which its licensees could take wagers, which has, in the past, made it attractive to US-facing gambling sites unlicensed in the US.

Kahnawake has been in talks with the DGE since October of last year, when a report in The New York Times revealed that the company that managed the Kahnawake data center, Continent 8, had been granted a transactional waiver by NJDGE to provide technical services to licensed online gambling sites in New Jersey. This meant that a company sanctioned by the DGE was also hosting US-facing offshore (and thus illegal) gambling sites: a definite conflict of interest and regulatory no-no for the strict Garden State authority.

Instead of taking legal action against Kahnawake, the DGE opted to negotiate, and the KGC has agreed to play ball. The Canadian regulator said in an official statement this week that applications from any operator that takes bets from US residents will be denied. Meanwhile, existing operators have been advised that they have until this Friday, September 30. to comply, or their licenses will be terminated.

“Since 1999, when it became one of the first jurisdictions in the world to license and regulate online gaming, Kahnawake has recognized the necessity of continually evolving its regulatory environment to keep pace with this dynamic industry while ensuring Kahnawake’s jurisdictional reputation and integrity are maintained at the highest levels,” said the KGC in an official statement.

Little Effect for US Poker Players

From a poker point of view, nothing much will change. The majority of Kahnawake’s licensees are casino and sports book operators, with little or no internet poker presence. The handful of online poker sites mentioned in the list of licensees on the official KGC website are virtually unknown.

Bovada is no longer a Kahnawake licensee, and the site it is currently migrating its poker players to, Ignition Poker, isn’t either, despite what has been reported in the poker media today. Ignition “voluntarily terminated” its license at the beginning of the month, presumably as a result of talks between the KGC and DGE.

Most remaining US-facing online poker sites are licensed in jurisdictions such as Curacao and Antigua.

Very interesting. This explains a lot as to why Bovada sold off to Ignition.

what are the ‘virtually unknown ‘ poker sites the article mentioned ?