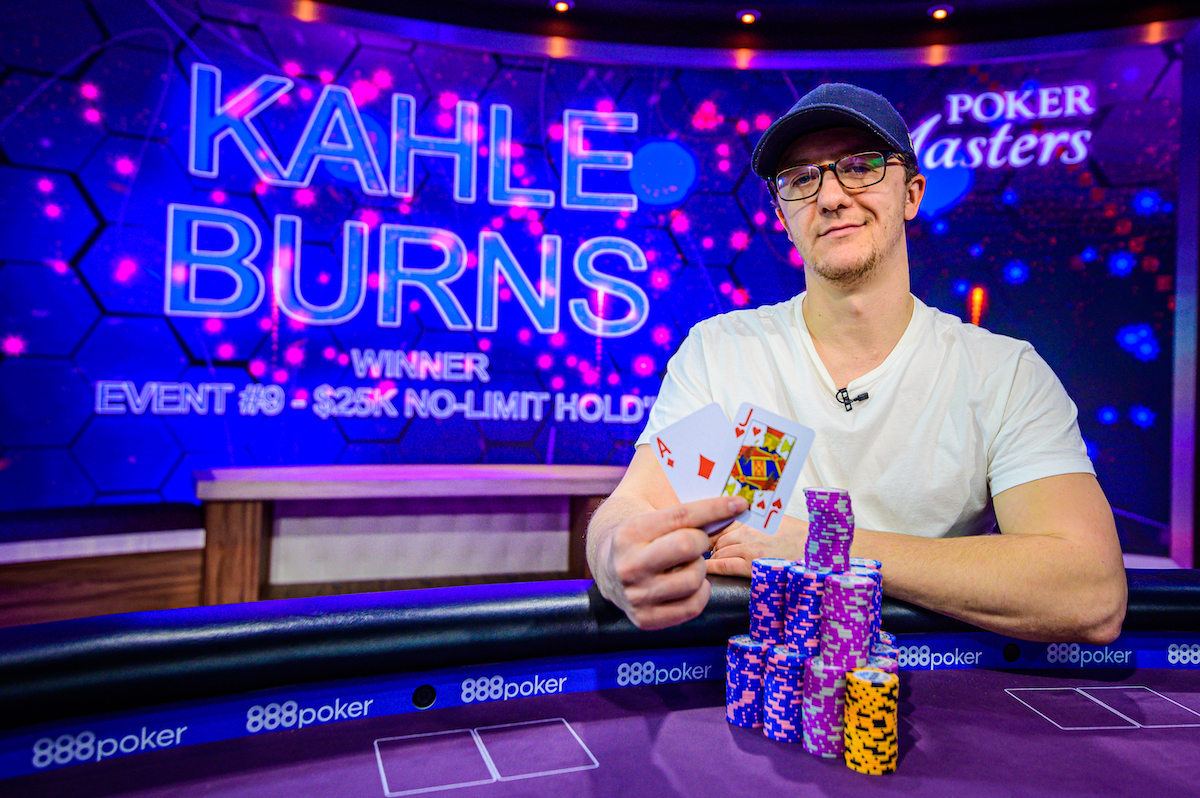 Burns won the tournament for $416,500, topping a field of 49 entrants. With that, he earned 300 series points, bringing his total to 630, good for second place in the race for the purple jacket. Soverel also cashed in the no-limit hold ’em event, taking fourth place for $122,500. That cash was worth 120 series points, which extended his lead.

Soverel won Event #7 for $340,000, and has six cashes through nine events for 830 points. Only one tournament remains on the 2019 Poker Masters schedule – $50,000 No-Limit Hold ’em — which kicked off Wednesday afternoon at the PokerGo Studio in Las Vegas.

Chance Kornuth, who has three runner-up finishes during the Poker Masters, is tied with Burns for second place.

Kahle Burns is having the best month of his life in terms of poker tournament success. It all started for him at the recently completed WSOP Europe series, where he cashed in four events and shipped his first bracelet in the €25,500 No-Limit Hold ’em Platinum High Roller for €596,883.

The run good has continued for the Aussie at the Poker Masters series. After runner-up and fourth-place finishes during the first eight tournaments, he took down the $25,000 No-Limit Hold ’em event on Wednesday for $416,500.

Burns defeated a difficult final table that included Sam Soverel, who leads the chase for the Purple Jacket. Ali Imsirovic, one of the top young stars in the game, finished in second place, and took home $269,500.

Contenders for the Poker Masters purple jacket only have one more event in which to earn points. Unless Burns or Kornuth win the $50,000 no-limit hold ’em finale — and Soverel fails to cash — Soverel will be declared champion.

At the time of publishing, Soverel was among the 13 remaining players with an average-size stack. Burns and Kornuth were also still in the event, each with similarly sized stacks. The top-five players will be paid on Thursday, with the winner receiving $680,000. You can catch the final table action live, beginning at 1 pm PT.