Another EPT Online champion has been crowned following an impressive comeback in the $10,300 Pot-Limit Omaha High Roller. 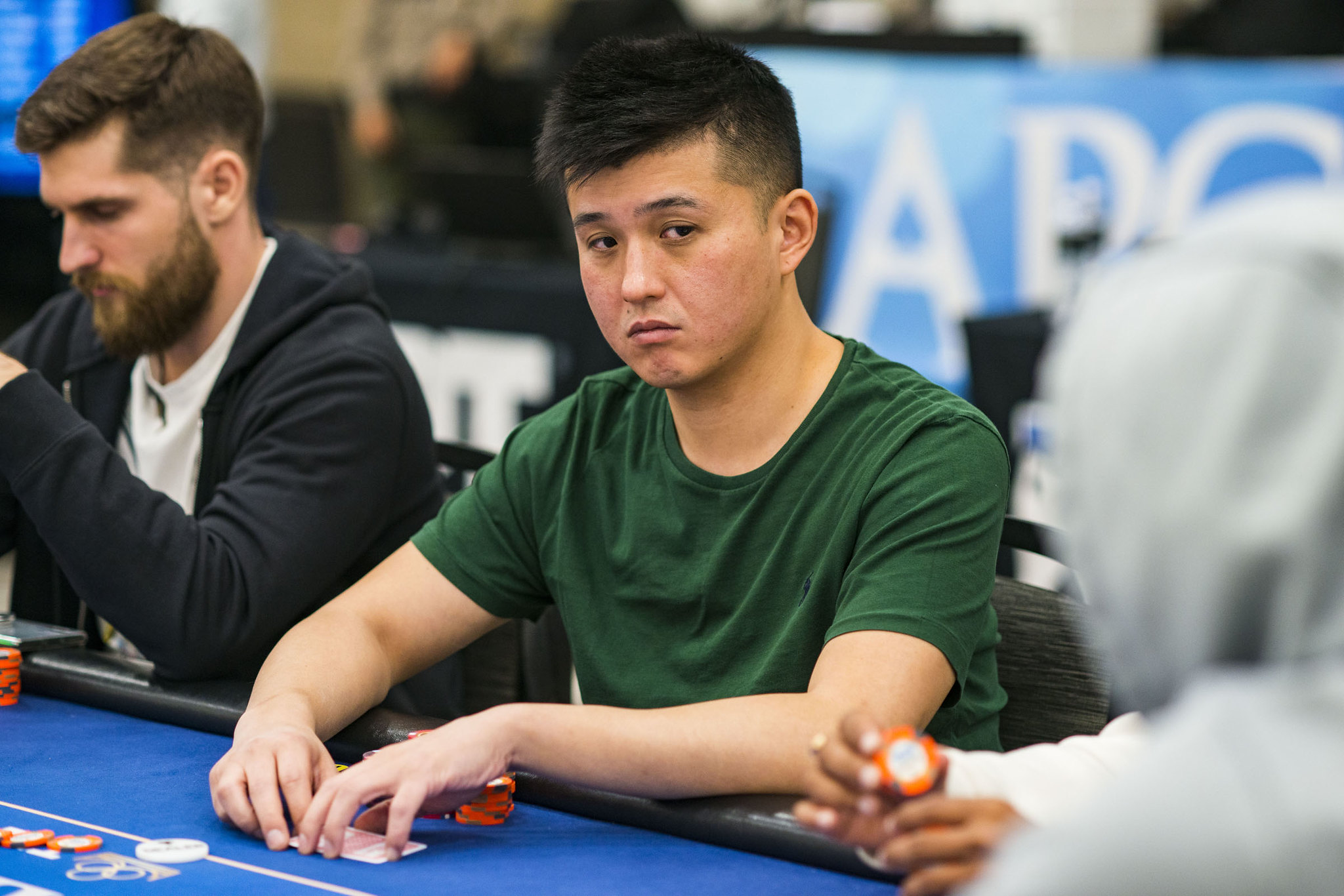 When the final table started on Monday, Norway’s Andreas Torbergsen was at the top of the chip counts. That made the high-stakes PLO pro the favorite on paper. However, Lau clearly hadn’t read the script, as he put in the session of his life to score the upset.

39 players started Event #2 on Sunday. Before the registration period ended, 31 re-entries had been collected, taking the total number of buy-ins to 70 and the prize pool to $700,000.

Seven players returned on Monday, and Torbergsen started the final session the same way he finished the first. After taking an early pot from Laszlo Bujtas, it looked as though he was on course for an easy victory.

As is often the case in a swingy game like PLO, Torbergsen soon found that things never run smoothly. Bujtas quickly bounced back and, within the hour, he was on top. Torbergsen was still in the mix, but his grip on the tournament was starting to loosen.

Pure aggression from Bujtas was winning the day and bulldozing his way to a commanding lead that allowed Lau to take shots at the flailing Torbergsen.

Eventually, a nut flush against Torbergsen thrust Lau into second place and sent the former leader spiraling down the chip counts.

Despite Torbergsen’s fall from grace, he wasn’t the first player out. That dubious honor went to Rob Hollink. The Dutch pro got all his chips in with the board showing K♠ 7♠ 6♣. Hollink held A♦ A♠ J♥ 4♠ and Lau called with K♦ K♥ 7♦ 5♠.

The latter was winning but the former had plenty of outs. Unfortunately for Hollink, none of them appeared, and he was out in seventh place. Torbergsen was the next to fall after his A♣ J♣ J♠ 2♥ failed to beat the A♥ A♦ 9♣ 4♠ of Eelis Pärssinen.

Now down to five, Lau seized his opportunity. With Bujtas slipping, he stood firm as d.apollo777 and Pärssinen relinquished their stacks.

Lau was flying at this point, but things changed again with just two left. At the start of heads-up play, Bujtas took more than 3 million chips from Lau. That gave Bujtas a 20:1 lead, which wasn’t enough to stop Lau. 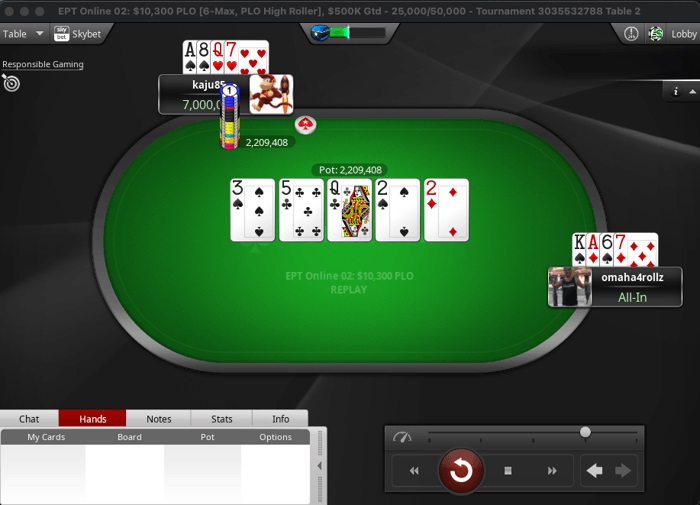 The 2♠ on the turn made a comeback even less likely and, after the 2♦ fell on the river, it was all over. That hand gave Lau the final pot and EPT Online title worth $188,937.