There’s a fine line between a community and a mob, particularly when it comes to poker players on social media.

Mac VerStandig, the plaintiff’s attorney in the Mike Postle case, admits he found no evidence that Justin Kuraitis, the Stones Gambling Hall tournament director, was responsible for any cheating that may or may not have taken place. But the poker community doesn’t appear ready to accept his findings. 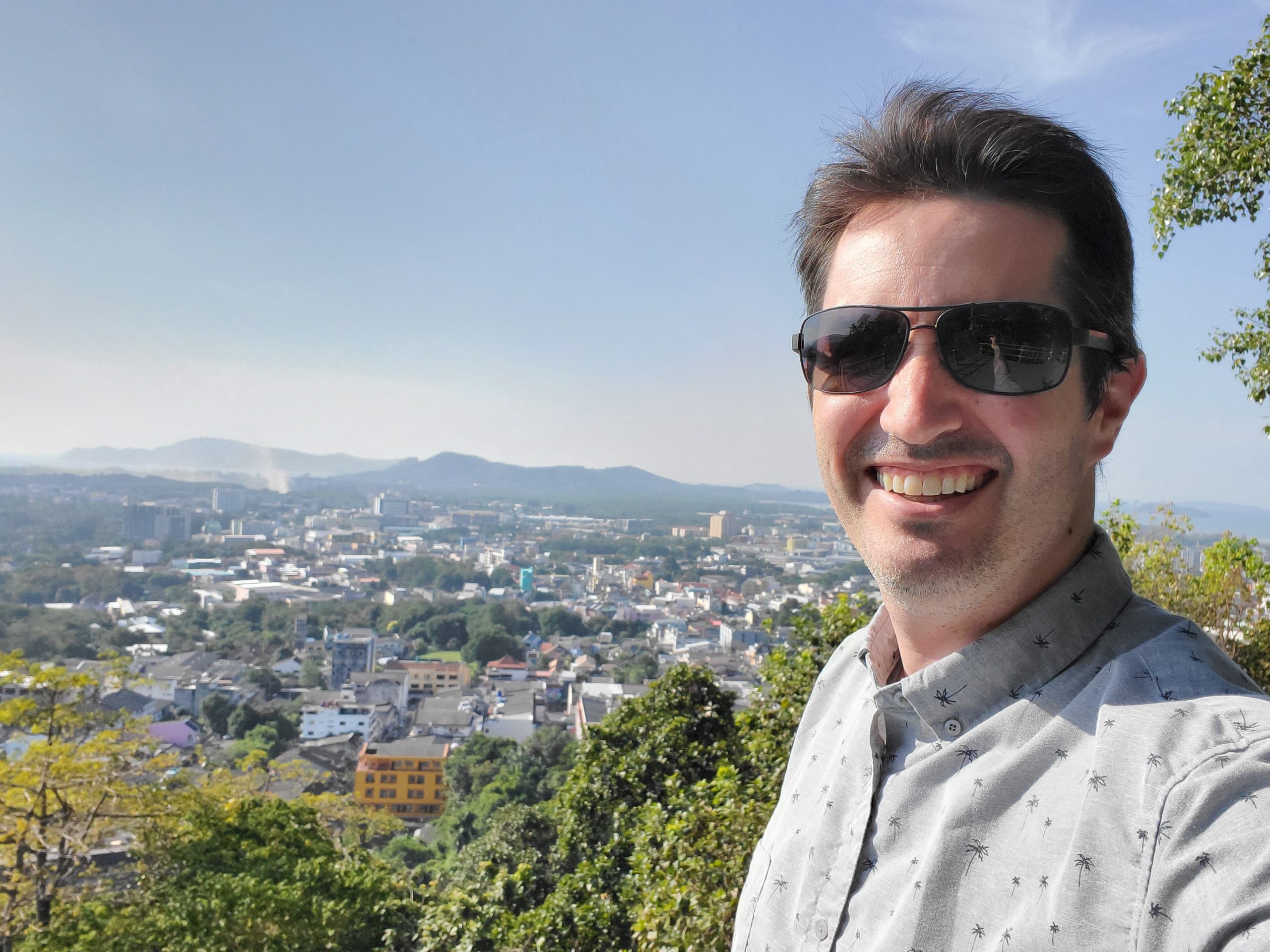 VerStandig, who represented 88 plaintiffs in a $30 million lawsuit against Postle, Kuraitis, and Stones, reached a settlement for 60 of the plaintiffs and stated that his investigation uncovered no evidence of wrongdoing from the tournament director or the casino.

Kuraitis, who remained silent publicly for nearly a year then released a public statement of his own. In a four-page letter, he reiterated his claims of innocence and bashed the poker media, and numerous poker pros and influencers whom he contends make up a “Twitter mob.”

The Stones employee then took to Twitter to pop off on those who doubted him and Postle. 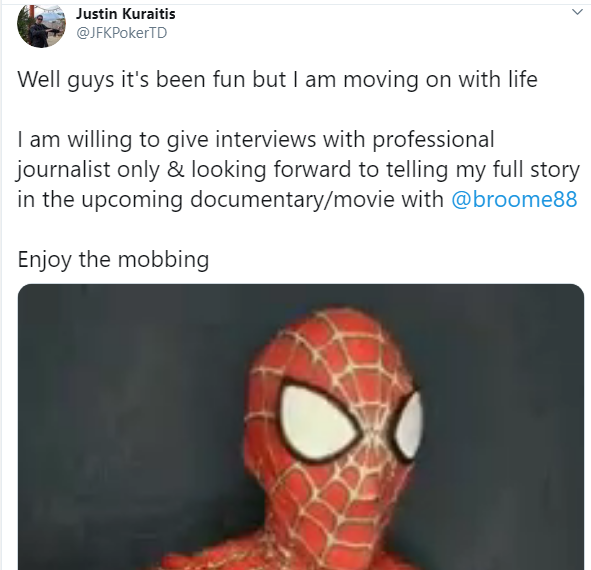 Kuraitis claims to be completely vindicated and lashed out at those who accused him of any involvement in the alleged cheating scandal. He also defended Postle, claiming he investigated the Stones reg but found no evidence he cheated. Poker Twitter, however, isn’t buying his story.

Kuraitis tagged several prominent pros in his tweet — “There are some things I’ve wanted to say for a while now” — and some, perhaps as he hoped, responded.

“First of all, I have no clue who you are or why I was mentioned,” Daniel Negreanu tweeted. “After reading this, however, it just seems way more likely that you had to of known this dude was cheating. Oh, and cheating he was. No one loves their crotch that much bro. GTFO.”

Negreanu argues that Kuraitis had to have known Postle was cheating. The GGPoker ambassador also argued that Kuraitis either “doesn’t know poker” or is “lying for whatever reason.”

Polk and Negreanu Agree on Something?

There’s a first for everything. Doug Polk argues that Kuraitis and Postle “are innocent in the eyes of the law because the legal system is not fit to determine if you were cheating or not.” But he’s long been of the belief that Postle cheated.

1) You and Postle are innocent in the eyes of the law because the legal system is not fit to determine if you were cheating or not.

2) Gambling debts in court are very difficult to enforce.

Kuraitis responded to Polk’s comments with his own jab: “Hi @DougPolkVids I know you are really good at ignoring actual evidence. Keep doing that, I am sure it will work out well for you.”

Brad Clayton (@BradClayton55) made a sarcastic comment directed at Kuraitis. He joked: “OJ SIMPSON was declared not guilty in the murder of Nicole Brown and the Ron Goldman. So clearly OJ was innocent and not involved at all. Good to know.”

OJ Simpson, a former football star, was found not guilty in 1995 of the murder of his wife, Nicole Brown Simpson and her friend Ronald Goldman. Despite the verdict in what was dubbed “the trial of the century,” most to this day still believe he committed the crime.

Phil Galfond, who rarely engages in poker Twitter debates, also chimed in. He questioned if Kuraitis could perform an unbiased investigation into the alleged cheating scandal as he claims to have done, given Kuraitis works for the casino and is friends with Postle.

Lost me there, too.

Also, an even better time to wonder if someone is cheating in your poker room is when another regular accuses them and you are investigating it. https://t.co/dGQBAIGKio

Johnnie “Vibes” Moreno, a popular poker vlogger, took a different stance. He said he’s long believed Kuraitis wasn’t in on the alleged cheating scheme. But, as he wrote, he’s starting to change his mind.

“I was asked to join the lawsuit and declined even though I was fairly certain I was cheated. Why? Because there was no evidence that you were involved and it felt wrong to include you. But this write up of you protecting Postle makes me 2nd guess my stance,” the vlogger wrote in response to a Kuraitis tweet.