Justin Bonomo won the Triton London £100,000 Short Deck Main Event on Thursday and then promptly proceeded to suggest he’s going to retire from poker, or at least partially retire. 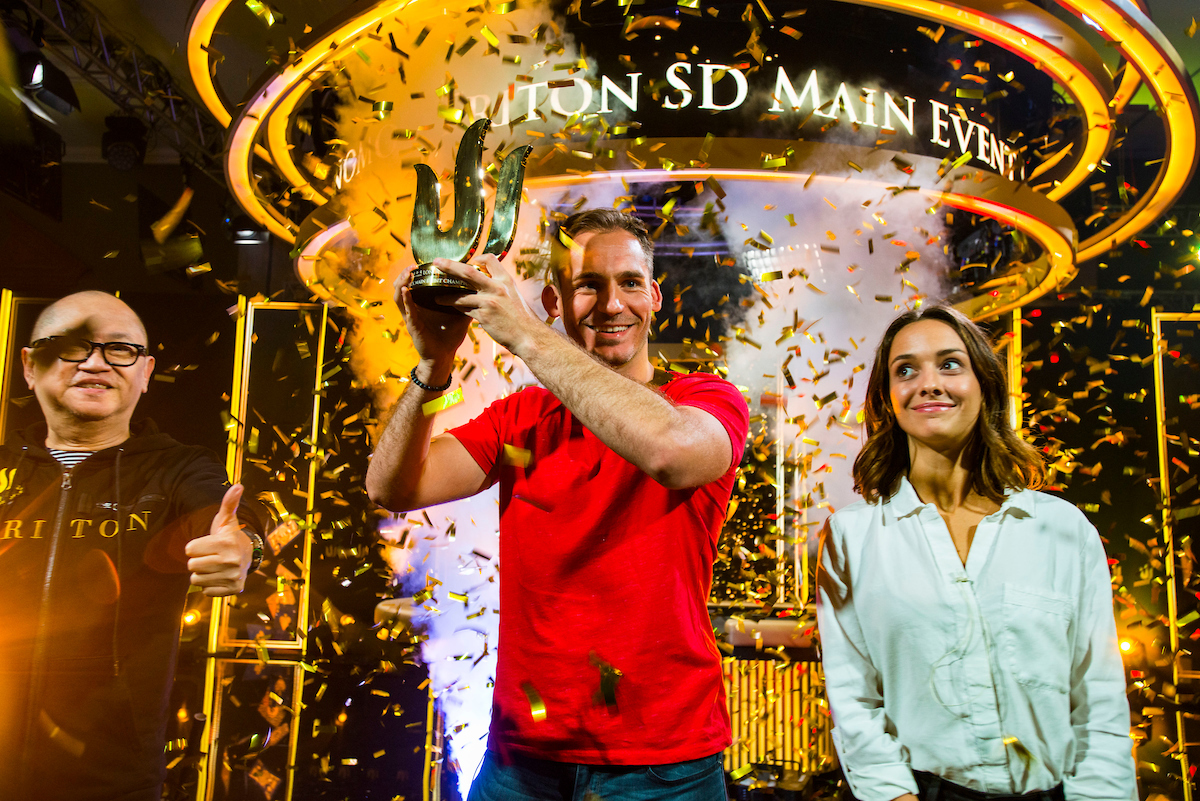 Bonomo, who recently lost his top ranking on the all-time live tournament earnings list to Bryn Kenney, added another $3.25 million to his resume, bringing his career total to $48.5 million.

Kenney finished second in the £1.05 million Triton Million, the most expensive buy-in poker tournament in history. But due to a chop heads-up against eventual champion Aaron Zang, he earned the biggest share which equated to $20.56 million US dollars. He now has $55.5 million in lifetime cashes.

With his short deck score, Bonomo closed the gap on Kenney. But according to the champion, Bryn is likely to hold that top spot for quite some time.

People keep asking me if I'm going to give @BrynKenney a run for his spot on top of the hill. Unfortunately my answer is no. I plan to play less poker in the future than I have been, and I know Bryn is going to keep putting in the volume. Enjoy #1 Bryn!

If Bonomo holds true to his word – and we have no reason to believe otherwise – Kenney might just set a record that is insurmountable.

For now, however, Kenney is up $7 million on Bonomo and $13.7 million on Daniel Negreanu who is in third place. Kenney is 32-years-old and Bonomo is 33. Both are virtual locks for the Poker Hall of Fame when they turn 40, even if if neither plays another hand of poker.

Wai Kin Yong entered the short deck final table with the chip lead just a day after shipping £100,000 No-Limit Hold’em Main Event for £2.44 million. He wasn’t quite able to go back-to-back at the Triton London series but a second place finish for £1,835,000 is rather impressive.

Bonomo, previously a no-limit hold’em specialist, now has two Triton short deck titles this year. In March at the Triton Jeju series, he took down another short deck event for $586,000.

Short deck no-limit hold’em is growing in popularity throughout the world. It started in the Macau nosebleed games and with the promotion of pros such as Phil Ivey and Tom Dwan, the game has expanded worldwide. This past summer, the World Series of Poker hosted its first short deck bracelet event. You can expect more of those tournaments in the future at the WSOP and other major poker series.

Cngrtz to the guy!
And I dont think he is retiering 1 bit, almost every big name officialy retired and then said they are playing less, and they they star to play more LUL
you usually when people stop doing something they – just stop.
But GL to any of his endevours anyway!

Good tournament and good prize, the champion returned, and well deserved it was time to win again, I was absent from those important prizes and here I get it again …. always in the great tournaments of hight stake