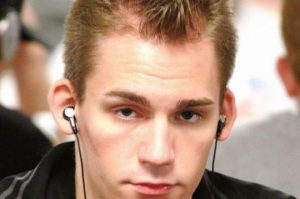 Justin Bonomo has dropped a bomb on the poker community. In a recent blog post, the talented poker pro alleged three fellow pros in the industry either groped, harassed, or actually raped women, and he expressed disappointment in the way women in poker are treated in general.

Bonomo didn’t release specific names, although he did give descriptions of the three players, all of whom he claims are “among the hundred most famous poker players of all time.”

The first poker player (Pro A) mentioned, as Bonomo penned it, is “patently disgusting” and allegedly groped two of his female friends.

Bonomo then described Pro B as “well-liked” and noted that those familiar with him would be “surprised to hear that he was accused of repeated sexual harassment by a female in the poker world while representing his sponsoring site.”

He was unable to discuss any specifics of the incidents involving Pro B due to legal concerns.

Pro C, per Bonomo, was the most surprising. He alleges two female poker players accused Pro C of rape, which led to immediate termination of a sponsorship deal for Pro C.

Poker is a game dominated by men in terms of popularity, but it is certainly not a “man’s game”. Many females have competed at the highest levels in poker, including Vanessa Selbst, Jennifer Harman, Annette Oberstad, etc.

But there is some concern within the poker community that women are not treated properly by male poker players.

Bonomo has been outspoken, not just in his blog, about how “inexcusably” badly male poker players treat women, and wants the behavior to stop.

He has expressed his frustration with his fellow gender on social media, but some don’t completely agree with him. In a recent Twitter conversation, a female poker player told Bonomo she thinks he is exaggerating these problems.

In a comment on Bonomo’s recent blog post, he explains why he believes this issue is huge.

“Since women make up such a tiny percentage of poker players in any given card room, it can be hard to appreciate the frequency at which these problems occur,” he wrote.

Sexism and improper treatment towards women goes beyond the poker players, according to Bonomo. Dealers, female floor managers, and even the masseuses working the card rooms, are all at risk to be harassed.

Bonomo isn’t the only poker player to speak out about these issues. Other players have taken to social media to express frustration towards the poker community for sexism and the way women are treated in the game.

This is a serious issue that needs to be addressed. Sexual assault and sexism are a major problem, and not just in poker. But when problems such as these arise, the game suffers. Poker already has enough trouble attracting women. These rape allegations won’t help.

The names of the alleged suspects have not been released. As Bonomo has said, it will be up to the victims to do so. However, until any of the accused poker players are convicted, it should be noted they are innocent until proven guilty in a court of law.

Whether or not the three poker pros are guilty doesn’t change the fact that the poker community needs to take a long look in the mirror.

Headline says 3 guys accused of rape. Story says one guy. Groping and harassment are horrid, but not rape.

Lol, i definitely misworded that. Somehow i erased “they are not” between the words “but” and “not”. Pretty sure it was understandable as far as intent and maybe good for a chuckle at my expense, except the subject is nothing to chuckle about. Proofreading is good. 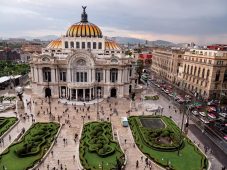 WSOP Online Series on GGPoker: Can Americans Travel to Canada or Mexico to Play During COVID-19? 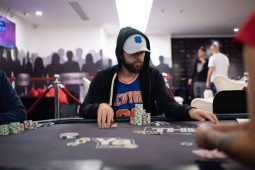