At the WSOP Circuit Foxwoods Main Event on Friday, New Jersey’s Julian Sacks got to redeem himself.

Two years ago, Julian Sacks finished runner-up in the 2014 World Series of Poker Circuit Harrah’s Philadelphia Turbo Event. On that day, it was Lucas Picking’s time to shine, and Sacks had to come to terms with just missing out on a coveted gold ring. 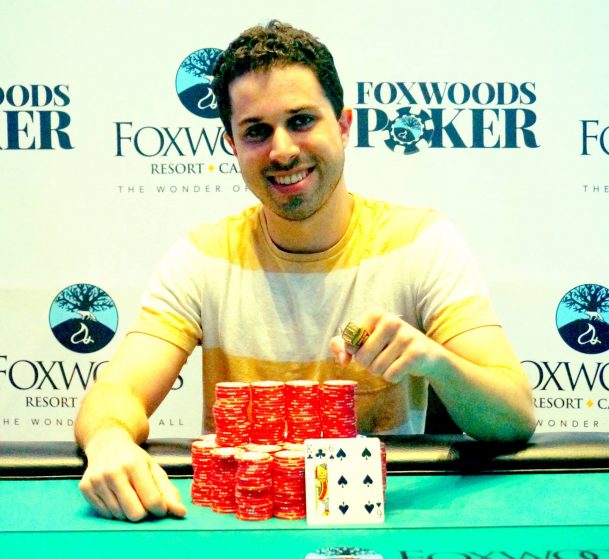 Sacks found redemption in a big way last week when he topped a field of 460 entries to win the WSOP Circuit Foxwoods $1,675 Main Event for a career-high $148,350. The victory also earned him a free entry into the 2017 WSOP Global Casino Championship.

“Here at Foxwoods, I’ve had the chip lead before, and blown it,” said Sacks, who also finished third in a 2013 WSOP Circuit event. “And I was putting a lot of pressure on myself not to blow it this time.”

Another player to make a deep run was defending champion Samuel Taylor, who fell in 19th place for $6,348. Fittingly, it was Sacks who put an end to the title defense.

Interestingly, two others at the final table were also looking to improve upon past performances. Johanssy Joseph had made the WSOP Circuit Foxwoods Main Event final table the year before, ultimately finishing as runner-up to Taylor. However, this time around, he could only muster a fourth-place finish. Likewise, Jeremy Meacham finished in sixth place last year, though this time he did a bit better, scooping third.

“Once it got down to four-handed, at times it felt like I was winning every hand,” Sacks admitted. “Then I really felt like it was my tournament to lose.”

Sacks, who began the final table fifth in chips with 875,000, ended up in heads-up play against Travis Stams, who started as the short stack, but doubled on the first hand of play.

In what would be the final hand of the tournament, Stams flopped middle pair and found himself in big trouble against Sacks’ top pair of kings. The cowboys held, and Stams had to do what Sacks once did, and that’s to settle for a second-place finish. A $91,770 consolation prize to help ease the pain.

The next WSOP Circuit stop is already taking place in Las Vegas at Planet Hollywood. That stop will hold its own $1,675 Main Event this coming weekend.