Saturday’s fight at T-Mobile Arena in Las Vegas between Gennady Golovkin and Canelo Alvarez was supposed to reestablish boxing’s reputation after the Floyd Mayweather-Conor McGregor circus, but a judge’s controversial scorecard only managed to muddy the sport more. 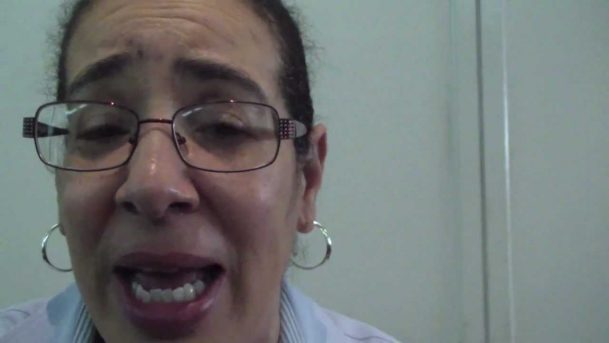 Judge Adalaide Byrd has been roundly criticized for her scoring of the Gennady Golovkin-Canelo Alvarez Friday on Saturday at T-Mobile Arena in Las Vegas. (Image: YouTube)

The draw stunned the sold out crowd, as well as television commentators. ESPN’s Teddy Atlas told Deadspin that the appearance of impropriety is apparent.

So much for Mayweather and McGregor being the only circus in town.

“The environment, the landscape of this sport is set up to be corrupted,” he said. “It’s set up. There is no separation of church and state. It’s where the people making money with the people controlling and administering the sport, there is no separation, the promoters are allowed to pick judges and who does judge and who does not judge. When they are that close between the people making money and the people administrating the sport, there is a landscape for corruption.”

Because of the tie Golovkin keeps his three title belts and Alvarez promoter Oscar De La Hoya said his athlete will exercise a clause in the contract that allows for a rematch, which will probably be in the Spring of 2018.

That didn’t mean the former pugilist turned businessman was happy with the result.

“What was that?” he said. “People are scratching their heads. They’re confused.”

Tom Loeffler, Golovkin’s promoter was more critical, saying, “Frankly, it is not good for the sport of boxing.”

He later told the LA Times that she would be removed from presiding over fights for an undetermined period of time.

“I’m not going to put her right back in,” he said. “She’ll still be in the business … but she needs to catch her breath.”

“We respectfully requested that Adalaide Byrd not be assigned to this fight,” Top Rank VP of Boxing Operations, Carl Moretti, told BoxingScene at the time. Their wish was not granted.

Manny Pacquiao, who lost to Jeff Horn in a July match in Brisbane, believes he was the victim of bad scoring and joked on Twitter: “Did they bring these judges over from Australia.”

One tweet had a picture of a blind woman with a seeing eye dog and a cane with the caption, “Photo of Adalaide Byrd arriving at the T Mobile Arena in Las Vegas earlier today.”

The Mirror Newspaper reported that Byrd burst into tears after the fight after learning of the backlash from boxing fans.