A Clark County district judge dismissed eight of 10 claims made by Australian poker pro Matt Kirk, who is suing Czech casino owner Leon Tsoukernik for $2 million over an exchange of chips at a Las Vegas poker table. 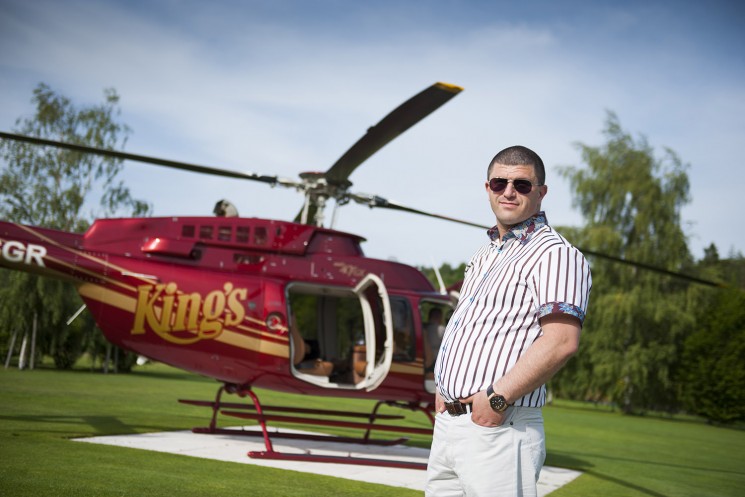 Leon Tsoukernik continues to refuse to pay Matt Kirk $2 million loaned to him at a Las Vegas poker table, saying in court he’s not paying because he doesn’t have to. (Image: zeitenspiegel.de)

Security cameras in the Ivey Room at the Aria casino confirm the transaction between the two players took place on May 27, but Judge Linda Marie Bell said Monday that the exchange constitutes an “unenforceable gambling debt.”

She did, however, leave open the door for Kirk to still recoup his money and then some as the case moves forward by not dismissing claims of fraudulent inducement and unjust enrichment, offenses that could carry punitive damages.

Known as “Aussie Matt” in the poker community, Kirk shipped a total of $3 million in chips to Tsoukernik during the session in question. The practice of loaning a player chips in a high-stakes game to allow them to keep playing is not uncommon.

Each time Kirk sent him a stack, he made a record of it for them both by sending Tsoukernik a text message confirming the transaction. At least two other people were in the Ivey room witnessed the transaction.

Tsoukernik was in Las Vegas for the summer to promote WSOP Europe, which will take place later this week at the King’s Casino Rozvadov, which he owns, in the Czech Republic.

A few days after the losing match with Kirk, Tsoukernik won $1.8 million for a fourth-place finish in the Aria Super High Roller Bowl, and shortly after sent Kirk $1 million. Kirk texted to confirm that he had received it, lowering their balance to $2 million.

But 12 minutes later, Tsoukernik followed with another text message that read, “Not valid. 0 now.”

Schonfeld told the Las Vegas Review-Journal that he was pleased with Monday’s court ruling, and affirmed that his team will “maintain the lawsuit and seek damages from the defendant.”

Tsoukernik’s lawyers are sticking by the defense that the debt is simply unenforceable and therefore he’s not paying. But the judge herself pointed out that such a defense on the remaining claims of fraudulent inducement and unjust enrichment could be problematic.

“Tsoukernik entered into the contract intending to use its unenforceability to refuse repayment. If proven, this could place Mr. Tsoukernik at the greatest moral fault in this matter,” Judge Bell said Monday.

Still, his lawyers insinuated that they might pursue a countersuit of their own against Kirk, presumably for harm this case has brought to their client’s reputation. Many players, including some with large platforms such as Doug Polk, have attempted to publicly shame Tsoukernik for what they are calling “scandalous” behavior, regardless of legal technicalities that may protect it.

This is the guy, after all, who publicly bashed Las Vegas pro Justin Bonomo during the Super High Roller Bowl for not showing his hole cards at the feature table on PokerGO, saying it was bad for poker. He even went so far as to call for Bonomo to be banned from future major events as punishment.

And Kirk isn’t the only poker player to accuse the King’s casino entrepreneur of a similar scam. In August, Canadian high-stakes pro Elton Tsang publicly declared that Tsoukernik had stiffed him of $2.4 million a year earlier in a cash game held during an EPT Barcelona stop.

We’ll see over the coming weeks if Tsoukernik’s worsening reputation impacts turnout at the WSOPE, or the willingness of high-stakes players to loan him money at the table.

What a scum bag! Pay your fucking debts…

This sounds like one of the situations which gives lawmakers pause in making poker legal. Is he really using the excuse that he will not pay because it’s legally unenforceable?