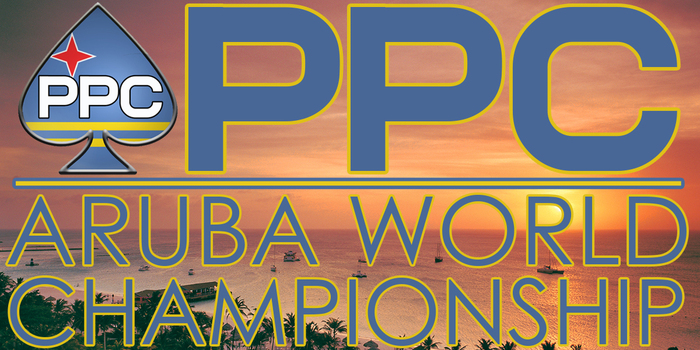 Hundreds of thousands of dollars have yet to be paid out to final tablers from the PPC Poker Tour’s season-ending championship event in Aruba. Four players have filed a complaint, alleging fraud, among other allegations. (Image: PPC)

Court Clamps Down on PPC

The order found there was an immediate and substantial risk of PPC owners Sandy Swartzbaugh and Bryan Oulton dissipating or transferring their assets out of the country. As such, Montgomery County, Maryland Associate Judge Terrence McGann granted the plaintiffs injunctive relief.

According to the three-page order, the PPC “is enjoined from moving any of its assets – regardless of whether or not such movement involves an actual transfer of ownership or possession – from within the United States of America to any destination or account outside the United States.”

In addition, no assets may be transferred to “members, to investors, to insiders, [or] to third party creditors.”

The owners are also prohibited from destroying any corporate records and online material, though both have already deleted their social media accounts and scrubbed their website of virtually all information.

Finally, the PPC is prohibited from “engaging in any consumer business” until the matter is resolved in court.

Attorney Maurice “Mac” VerStandig, who is representing the players, previously filed a complaint containing 13 different counts, including racketeering, corruption, and fraud. The filing also alleges that PPC was essentially a Ponzi scheme.

The players being represented in the suit are Stephen Deutsch, Michael Lerner, John Ott, and Joan Sandoval. Each made the final table of the PPC Aruba $2,400 Main Event in November, but say they have failed to receive their full prizes, ranging from $21,390 all the way up to $133,687.

“It is deeply unfortunate that we have reached a point where poker players deprived of their rightful winnings must seek recourse in the courts,” VerStandig told CardsChat. “But we have faith in the judicial process, are immensely grateful the temporary restraining order has issued, and look forward to moving forward with litigation.”

In addition to going after the PPC, players are seeking relief though Maryland Live! Casino, which hosted several PPC events in the past, including its 2016 Tournament of Champions. The complaint argues that the casino should be held responsible for hosting feeder events into the PPC’s annual finale in Aruba.

“A lot of people have a lot to answer for in this case, and we look forward to them doing so through the judicial process,” VerStandig told CardsChat. “My clients are honest poker players who went to Aruba without aces or eights up their sleeves. At least one otherwise-reputable American card room had its branding deeply intertwined with that of PPC. And yet the injustice that followed is nothing short of startling.”

quite obvious this was run as a scam and not a business .Hopefully they can attach all their assets until this is resolved. Houses, cars, whatever. This looks like it is just just theft, and effects the trust in poker world wide.

This is awesome. They usually get away with these scams but this judge appears to be tasking it seriously and putting the hammer down quickly. Let’s hope they can recover some funds(but I’m doubtful of course).

I want to see these 2 in jail. These poker scammers seem to seldom do time(Full Tilt, UB etc).. Lets start a precedent!