Josh Beckley, WSOP 2015 November Niner, Is Just a Kid with a Dream 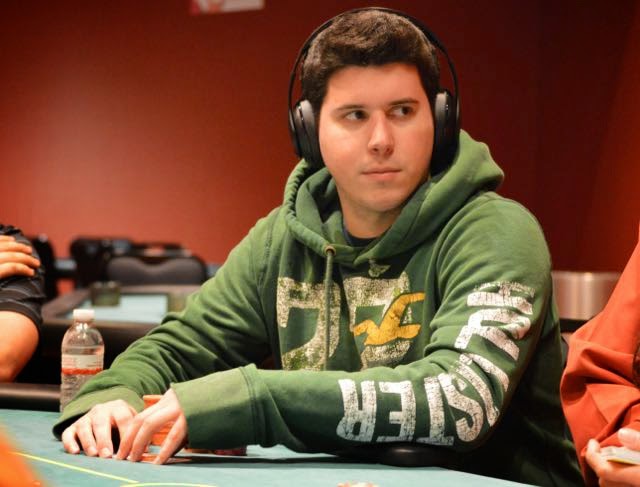 For Josh Beckley, one of the 2015 November Nine and soon to play the biggest poker game of his life live on ESPN from the Rio in Las Vegas, being on this stage isn’t familiar.

The 24-year old New Jersey resident has accomplished quite a bit compared to most average grinders, but lacks experience competing at the highest level he’ll be facing next week.

Despite that inexperience, Beckley bested 6,411 other players in the World Series of Poker Main Event, and now needs to outlast just eight more in his quest for his first WSOP gold bracelet. Oh, and the more than $7.6 million that comes with it.

ESPN poker commentator Norman Chad coined the phrase “he’s just a kid with a dream,” when referring to a young, unknown poker player competing in the Main Event. That phrase describes Beckley’s run to the final table perfectly.

That’s not to say Beckley isn’t a legitimate poker player. By all accounts, he is a skilled player with great potential. However, when he entered the Main Event, only in his wildest dreams could he have envisioned getting to the final table.

Achieving the final table would be no fluke for Beckley. He lacks the resume of some of his November Nine opponents, but he is a respected grinder on the East Coast, and he knows how to take down opponents with precision.

Josh Beckley won’t be intimidated come November 8 when the final table kicks off at the Rio in Las Vegas. Unfortunately, beating eight other quality players with a small stack will be a tall order.

Beckley has just 29 big blinds, and his near 12 million chip stack is more than 40 million shy of chip leader Joe McKeehen. Once play resumes, Beckley will be in a troublesome spot, having to decide between playing tight until the two shorter stacks bust, or risk it all by playing aggressive.

As the baseball legend Yogi Berra used to say, “It ain’t over till it’s over.” Beckley will begin with one of the smallest stacks, but he will be one double-up away from having a big stack. That means one winning flip or one cooler, and Beckley will be a force at the final table, or he’ll be out.

We’ll find out soon. Join us for in-depth coverage of the November Nine when the event plays out live on ESPN, beginning Sunday, November 8th.