Joseph Hebert, the runner-up for the 2020 WSOP Main Event, is off to a strong start at the WPT Seminole Hard Rock Poker Showdown. The second and final Day 1 session was even larger than the first as nearly 2,500 made their way to South Florida for the biggest event since pre-pandemic. 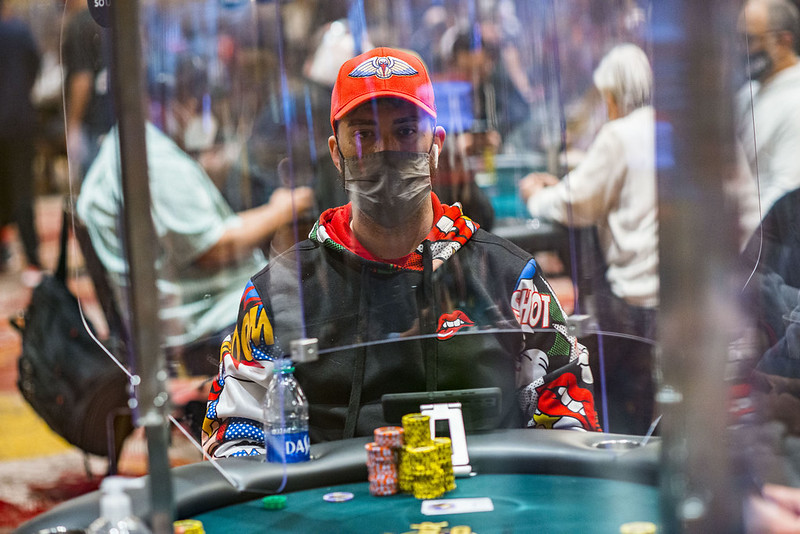 Joseph Hebert is chasing another seven-figure score down in South Florida. (Image: WPT.com)

To put things in perspective, the 2019 WPT Seminole Hard Rock Poker Showdown, won by James Carroll, who remains the defending champ due to a 2020 COVID-19 cancellation, had 1,360 entries total, fewer than just the Day 1B session on Saturday. Poker players have been cramped up in their homes for a year and are ready to get back to grinding.

There are two factors at stake in why the major events so far in 2021 are drawing such huge crowds. First off, the poker community went nearly a full year without any major tournaments, and a few months without any tournaments, period. So, there’s definitely been some pent up demand. But there are also fewer options now for big events than most years due to numerous cancellations and postponements.

Either way, the World Poker Tour certainly isn’t disappointed with the turnout, not with 2,483 players each paying $300 in fees for one tournament.

From Restaurant Employee to Riches in a Matter of Months

Joseph Hebert was a recreational poker player working in the restaurant industry in Louisiana prior to December 2020. Then he shipped the US version of the WSOP Main Event for $1.5 million before losing heads-up to Damian Salas for the title and an extra $1 million.

Less than six months prior to the Main Event, his mother passed away and he was going through tough times. His life has certainly changed since last summer, and he could become even wealthier if he continues stacking chips down in South Florida.

Hebert bagged nearly 300,000 chips on Day 1B, putting him near the top of the leaderboard. Joshua Mountain was the Day 1A chip leader at 414,000. Brian Goble is the overall chip leader at 503,000 through two Day 1 starting flights. Complete chip counts weren’t available at the time of publishing. Day 2 begins at 11 am ET from the Seminole Hard Rock Hotel and Casino in Hollywood, Florida.

The tournament is scheduled to play down to a final table of six on April 27. At that point, the remaining players will take a three-week break and then travel to Las Vegas, more specifically the PokerGO Studio, to compete in the televised final table, which will air on Fox Sports at an undetermined future date.