In less than four hours, Jordan Cristos disposed of his opponents at the US Poker Open $10,000 Pot-Limit Omaha final table. His second cash in as many events was good for $179,200, bringing his career earnings to $2.5 million. 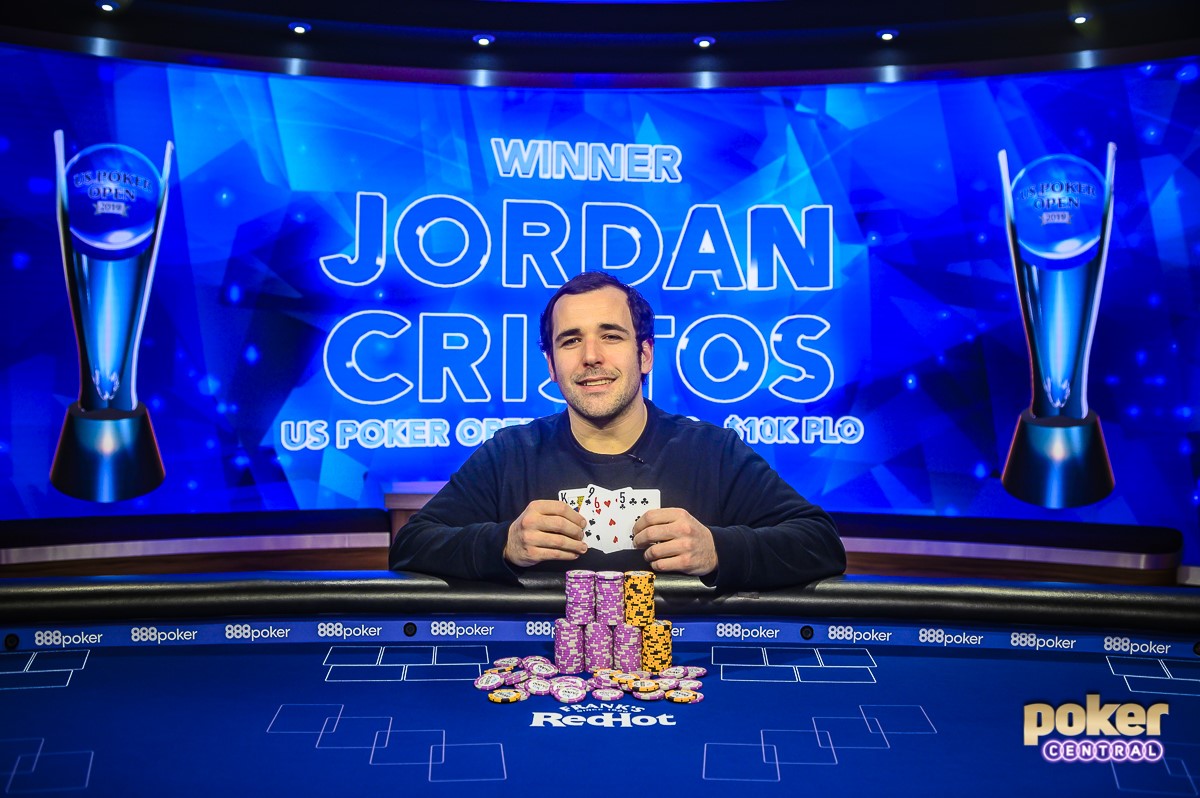 We bet you didn’t wager on Jordan Cristos leading the US Poker Open standings after two events. (Image: Poker Central)

The California native also scored an 11th place finish in Event #1, $10,000 No-Limit Hold’em ($27,000). With 240 points, 200 of which came from his PLO title, he is now the overall series leader. Stephen Chidwick, the defending US Poker Open champion, won the first tournament of the series on Thursday.

For just the fourth time in 10 events at this high-stakes series, however, Chidwick didn’t cash in PLO. Sean Winter, who finished runner-up in Event #1, did. He was the first player eliminated from the final table on Friday (sixth place for $38,400).

Jordan Cristos might be the exact polar opposite to Phil Hellmuth (“if it weren’t for luck, I’d win every tournament,” anyone?). Not only is he quiet and shy at the poker table, a stark contrast to the “Poker Brat.” He’s also refreshingly humble.

After finishing off his heads-up opponent, Manig Loeser – pronounced “low-zer,” not “loser,” by the way – Cristos gave an honest assessment of his abilities.

“The structure was turbo-ish and I feel like I didn’t out-skill anyone here,” he humbly told Poker Central. “There were 50 people in the field and I was probably the 44th best player, honestly. It feels good to come out on top though. I don’t think I made many mistakes but I can’t really gauge whether or not I did because I’m no PLO expert, but I won so that’s good.”

He might be underestimating his abilities a bit. But he does have a point about the turbo nature of this event. It took less than four hours to complete the six-player final table due to 30-minute blind levels and 30-second shot clock rule.

Being humble is never a bad thing. But Cristos, given his poker resume, might be selling himself a bit short. He isn’t a Johnny-come-lately who just cashed for the first time in his career.

He isn’t a regular in high-stakes poker tournaments but told PokerGo commentator Maria Ho after shipping the PLO event that he intends to play in at least some of the remaining US Poker Open tournaments. And that’s a smart idea considering he’s the series leader after two events.