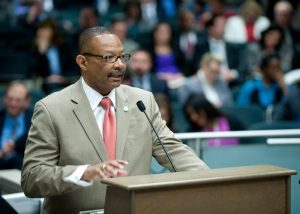 California online poker has plenty of supporters, but getting them all behind a single, unified bill has proven to be a challenging prospect.

That political reality has come to light again this week, as a group of six tribes in the state have signed on to a letter in opposition to AB 167, a bill introduced by Assemblyman Reggie Jones-Sawyer (D-Los Angeles) that would regulate Internet poker.

The letter was signed by multiple tribes, including:

According to Online Poker Report’s Chris Grove, a separate but similar letter was also sent by the Sycuan Band of the Kumeyaay Nation.

In the letter, the six tribes outline their opposition to Jones-Sawyer’s bill, in particular pointing out their stance against allowing the horse racing industry to take part in any online poker market in the state.

“While AB 167 is intended to legalize internet poker throughout California, it does so by expanding poker to horseracing facilities at the expense of Tribal Nations which have a demonstrated history of responsible gaming,” the letter read.

The tribes point out that while California voters have generally supported Native American gaming, that hasn’t always been true at horse racing venues.

“By comparison, the voters have rejected expanded gaming at horseracing facilities by an astounding [84 percent to 16 percent] vote,” they wrote. 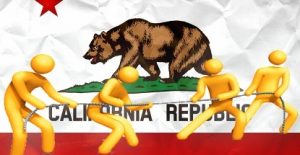 The letter also talks about bad actor clauses, stating that “unscrupulous entities and brands” could undermine the public trust in any online poker system set up in the state.

And just in case there was any question where these concerns were directed, PokerStars, Full Tilt Poker, and Absolute Poker are mentioned by name in the letter.

“The citizens of California deserve protection from bad actors,” they wrote. “The language proposed in AB 167 is not sufficient to protect the integrity of the California market.”

The tribes pointed out that Nevada has a bad actor clause in its online poker regulations, and a strong one at that: it includes “covered assets,” meaning even assets connected to bad actors cannot be used in the state’s online market.

That’s a potentially important distinction, as such a definition could be used to prevent Amaya from introducing the PokerStars brand in California and other states.

The letter concluded with a call for AB 167 not to be pursued, saying that in the view of the tribes, the bill was “fatally flawed.”

“Our Tribal Governments have invested many hundreds of millions of dollars in brick-and-mortar operations that create tens of thousands of jobs for Californians,” the letter read. “We did so in reliance on the rights granted by the people of California and the compacts we have negotiated with the State in the exercise of those rights. Legislation like AB 167…should not move forward solely for the sake of supporting a business model that might possibly benefit a few tribes in the short term.”

Bad actor clauses and the question of what to do with the horse racing industry have been the two major sticking points in creating consensus for a California Internet poker bill.

Along with Jones-Sawyer’s bill, there are two other distinct online poker proposals currently in the state legislature: one that only offers a very broad outline of an online poker market that will need to be defined at a better date, while a bill by Mike Gatto (D-Glendale) would allow both tribes and card rooms to run online poker rooms.

When will people realize that opening up the state markets will lead to better revenues? The only reason they want a bad actor clause included is because they know they could never compete with PokerStars on their level.

I agree with the question about why Horse Racing should be involved. Makes little if any sense to me. The only thing that does make sense is that the Horse Racing ‘Industry’ (which is rapidly shrinking) knows this would get people in their door, which translates to customers with money in their pockets. But that would ONLY work for them if live registration and deposits and withdrawals were part of the regulations.

The bad actor part is the ongoing dilemma. I for one think the Bad Actors are those opposing the competence of existing, proven platforms.