For online player Jonas ‘llJaYJaYll’ Lauck, today is a good day. That’s because he’s $1,517,541 richer than he was when he woke up yesterday morning. 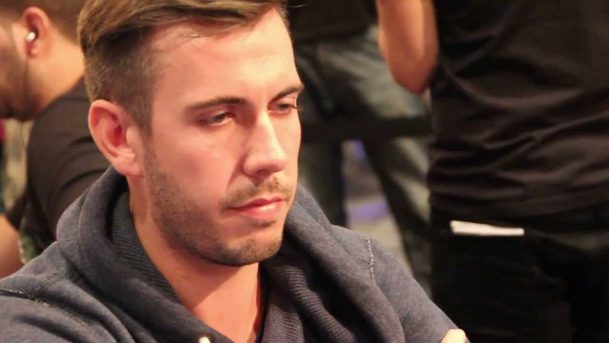 Germany’s Jonas ‘llJaYJaYll’ Lauck (seen here at the EPT Barcelona in 2013) proved he’s as good online as on land, when he won over $1.5 million in the PokerStars WCOOP 2016 Main Event on Wednesday. (Image: pokerstars.com)

On Wednesday, the German poker pro topped a field of 2,091 internet players in the $5,000 buy-in PokerStars WCOOP Main Event. He became the 15th winner of the  World Championship of Online Poker, which first ran in 2002.

Lauck’s win was the largest from the Main Event since Tyson “POTTERPOKER” Marks won $2,278,097 in 2010, the year before the infamous Black Friday. Last year’s winner, Kristof “Coenaldinho” Coenen, took home $1,300,000. The great Fedor “CrownUpGuy” Holz earned that same amount in 2014 for his victory.

Lauck joins an impressive list of WCOOP Main Event winners, including Holz and J.C. Tran (2006). His victory concluded an 82-event online poker series that totaled more than $73 million in prize pool money. The Main Event lasted three days before Lauck finished off a ‘0409479,’ a player from the United Kingdom, to win the title.

But the flop ran out K♦5♦2♣, putting the chip leader just two cards away from the biggest win of his poker career. The board finished off with 7♥ and 8♦, wrapping up the German’s impressive, life-changing victory. Don’t feel too bad, the runner-up also received a nice chunk of change ($1,101,278). In 3rd place, ‘R_Scientist’, another British player, earned $799,196.

In the 2016 World Series of Poker Main Event, he made a deep run, nearly becoming a November Niner before busting out in 37th place on Day Six. The German pro earned $174,826 for his second cash of this year’s WSOP.

He has yet to win a World Series bracelet, but came close in 2014 when he finished 2nd in a $1,500 no-limit hold’em event  for $130,955. But none of his previous cashes compare to what he won online Wednesday. Should be plenty of free rounds of beer for his contingent this weekend.

GREAT PLAYER, ESPN Coincidentally EVENT HAPPENS TODAY THE 6TH WORLD POKER, should make an article was ?, ABOUT THAT IS MY FAVORITE PLAYER ALEX KEITING