Jon Andlovec is proof that older poker players still have game. The 70-year-old from Nevada is now the proud owner of the very first Super Seniors gold bracelet and the prize money to go with it.

The World Series of Poker added the Super Seniors Championship this year as a way to give players 65 and older a tournament that could be all their own. Essentially, it’s a “true” seniors event, since the Seniors Championship was open to anyone 50 years or over. The tournament proved to be a success, drawing over 1,500 players, and on Tuesday, it produced its first-ever winner in Andlovec. 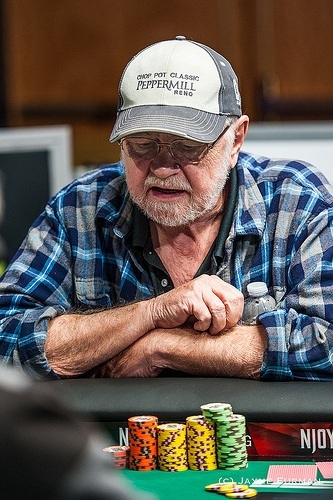 Nevadan Jon Andlovec took down the first Super Seniors event at WSOP 2015, a tournament for those age 65 and up. (Image: fr.pokernews.com)

Jon Andlovec became the winner of the $1,000 Super Seniors Poker Championship, winning $262,220. A retiree who has been playing poker for decades, many know him as “Hippie Jon.”

Andlovec has one of the more interesting WSOP histories of anyone who has won a bracelet this year. He has only four cashes at the World Series over the last 25 years, but all of them have been final table finishes. The first three were all in Limit Hold’em events, coming in 1990, 1991, and most recently (before now) in 2004.

“I was around way before the poker boom and Chris Moneymaker,” Andlovec said after his win. “I’m a walking historian about poker.”

Andlovec dedicated his victory to his daughter Jennifer, who sent him to the WSOP with specific instructions.

“I wasn’t planning to come to the World Series of Poker, but she sent me $1,000 and she told me to go win the Super Seniors so [she] can have an elaborate wedding,” he said.

Scott Seiver held the chip lead in the Poker Players Championship at the end of Day 1, and again at the end of Day 2. But with 19 players remaining after Day 3’s play, Seiver is no longer in the field, as he was one of many notables who were eliminated during the third day of play. 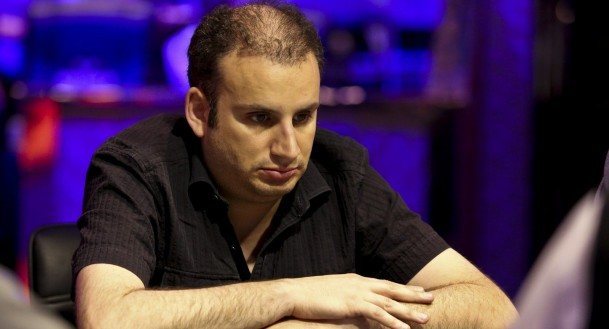 The chip lead now belongs to Abe Mosseri, who bagged just over 1.2 million in chips to lead the way heading into Wednesday’s play. Mosseri has one career WSOP win, having won a Deuce-to-Seven Triple Draw tournament back in 2009.

Matthew Ashton, John Racener, John Monnette, and Mike Gorodinsky round out the top of the leaderboard, with some of the most notable players further down in the standings being David Baker (the original), Chris Klodnicki, Jason Mercier, and Dan Kelly.

Only 12 players will cash, so nobody in the field has clinched anything yet, though the money bubble will be broken during Wednesday’s play.

Extended Play Down to Five

The $1,500 Extended Play No Limit Hold’em tournament is living up to its name, as play has now extended into an unscheduled fifth day. Just five players are coming back on Wednesday to play down to a winner, and German player Adrian Apmann is the clear chip leader of the group.

Apmann bagged 7.3 million chips at the end of the day on Tuesday, which amounts to more than half of the chips in play. He and most of his opponents are looking for their first WSOP bracelets, but the UK’s Barny Boatman, who has one previous victory, is in second place with just under 4 million chips.

The $1,500 No Limit Hold’em tournament that began on Monday is now down to 24 players, with Jason Koon leading the way heading into Day 3. Koon has 27 career cashes, but is still looking for his first WSOP bracelet. Meanwhile, two-time winner Thor Hansen is also still in the hunt with a short stack.

In the $3,000 Six-Handed Pot Limit Omaha event, 22 players will return to play on Wednesday, with Thomas Campbell leading the chip standings. Much of the attention will be on Daniel Idema, who is looking for his second bracelet this year and currently sits in third place; Martin Finger is still alive as well.

The $2,500 No Limit Hold’em event kicked off on Tuesday and drew 1,244 players, 327 of which will be back to continue on Day 2. Keith Ferrera currently leads the way, while Blair Rodman, Connor Drinan, Fabian Quoss, and Stephen Chidwick are among those in excellent position heading into the second day.

Meanwhile, a total of 327 players turned out for the $1,500 Seven Card Stud event, with Brendan Taylor taking the lead among the 77 players who made it through to Day 2. Several notables are among the chip leaders, including Eli Elezra, Mike Watson, Allen Cunningham, and Huck Seed.

There are a total of six events carrying over from Tuesday, as well as two more starting on Wednesday, meaning there will be plenty to follow in today’s WSOP action. Of the tournaments that are ongoing, only the Extended Play No Limit Hold’em tournament is certain to finish on Wednesday. However, it’s possible that the $1,500 No Limit Hold’em and/or the $3,000 Six-Handed Pot Limit Omaha could also play down to a winner.

As for new events, the first is a $1,500 Pot Limit Omaha Hi/Lo tournament that starts at noon Pacific Time. PLO events have done quite well at the WSOP this year, but it will be interesting to see how many turn out for a Hi/Lo Split tournament at a low buy-in.

At 4 pm PT, the latest $10,000 level event begins, which is a Limit Hold’em Championship. While Limit Hold’em doesn’t draw the crowds it once did, this should still be one of the better-attended $10,000 tournaments (outside of the Main Event, of course).