Joe Stapleton, it appears, has a bit too much time on his hands. The (sometimes) funny comedian ruffled some feathers on poker Twitter recently when he sparked one of the most important debates in poker, and possibly life in general: is it hole cards or hold cards? 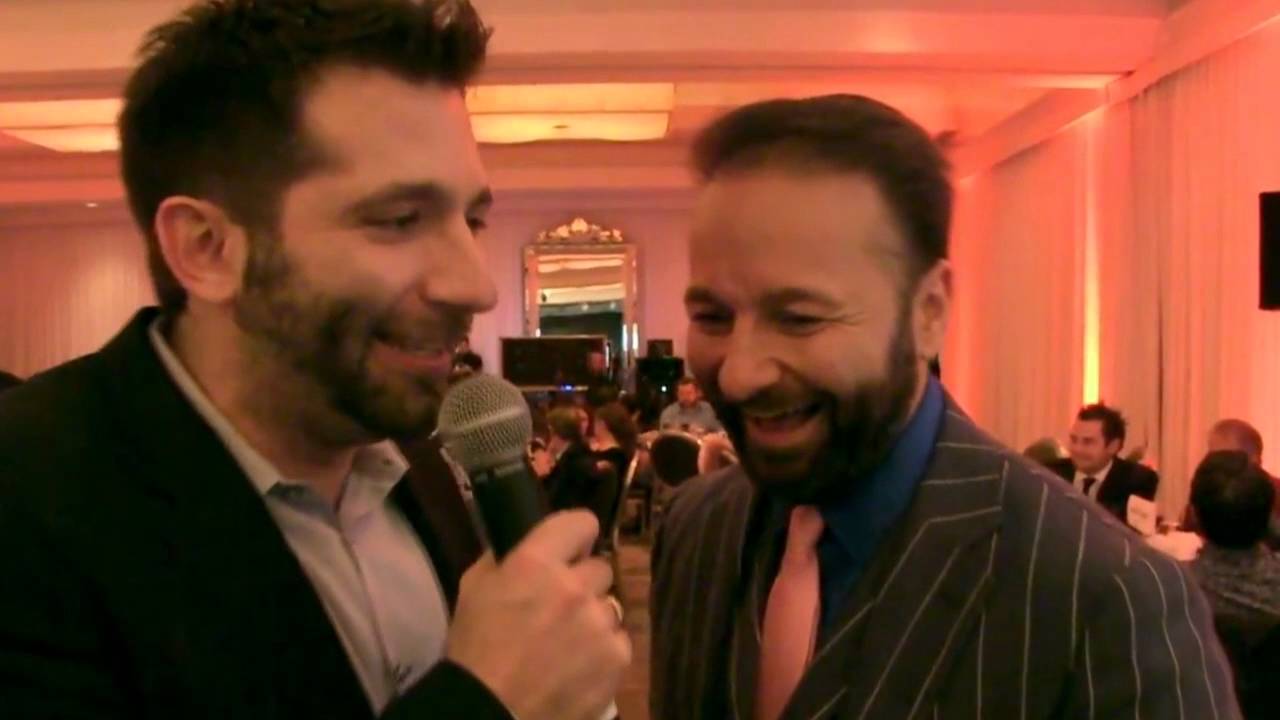 “Stapes” is no stranger to triggering poker fans, either with his edgy poker commentary or anti-Trump stance. And, more recently, poker terminology. The man loves to troll and he’s somehow able to get his followers to take the bait time after time.

Conventional wisdom, which along with a shaver apparently eludes Mr. Stapleton, says that “hole cards” is the proper term. But the long-time PokerStars poker commentator and occasional opening act for a few comedians you’ve actually heard of vehemently claims that is incorrect. For quite some time now, he’s argued the proper term is “hold cards.” He sparked the debate even further recently, and not everyone on Twitter agreed with his stance.

Where is the hole though? I know they’re the cards I’m HOLDING, and I’m playing Texas HOLD ‘em, but there aren’t any holes.

There are no holes in the cards, but players also aren’t required to hold the cards they are dealt throughout the hand. Still, the anti-Trumper is adamant that he’s right and everyone else is wrong. When CardsChat News asked Stapleton if he’d consider sending out a tweet admitting he’s wrong, he said, “maybe on my deathbed.” We’ll hold him to that in about 40 years.

Is Stapleton right? (Spoiler alert: No)

So, who should we trust: Stapleton or just about everyone else in the world? We’ll let the trusty old dictionary answer that question to officially settle the debate.

Definition of a “hole card:” A card in stud poker that is properly dealt facedown and that the holder need not expose before the showdown (Merriam-Webster Dictionary)

Well, that settles it, right? Apparently not. “Stapes” seems to consider the dictionary fake news. When asked for his take on the dictionary defining a poker term, he got a bit defensive.

“What does the dictionary say about blades?” the Southern California resident asked. “Does it list them as pocket aces? What does it say about a three-bet? Is it in there? If not, I don’t really think it’s an authority on poker terms.”

Perhaps, he’s correct in that the dictionary isn’t an authority on poker. But is the 112,532nd winningest live tournament player in history a better source for poker expertise? 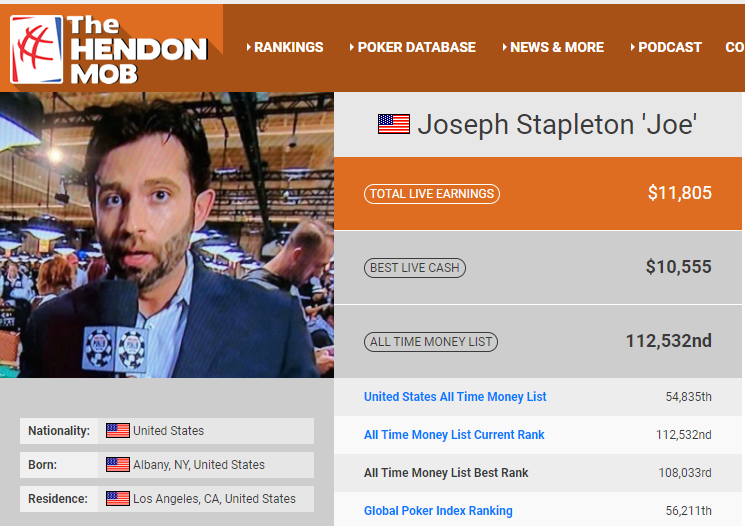 If finishing 93rd place for $150 in an $86 buy-in Moneymaker Tour event doesn’t make one the ultimate authority on poker, we aren’t sure what does. All kidding aside, Stapleton is one of the most popular and passionate poker announcers in the game. He’s just misinformed when it comes to poker terminology (or, at least a solid troll).

“Stapes” refuses to admit that he’s just trolling. Some on Twitter see through the act and don’t engage in a serious discussion with him on this topic. But others sure seem to take the comedian seriously.

Sorry, Joe, it’s “hole cards.” Wikipedia even says so, and if we can’t trust Wikipedia as a source, who can we trust?