Joe McKeehen, via a suck-out, sent the WPT Maryland at Live Casino tournament into the money when he sent the bubble boy – Faisal Siddiqui – home empty-handed. The 2015 WSOP Main Event champion bagged a big stack, but Brian Altman, for the second straight day, left with the chip lead. 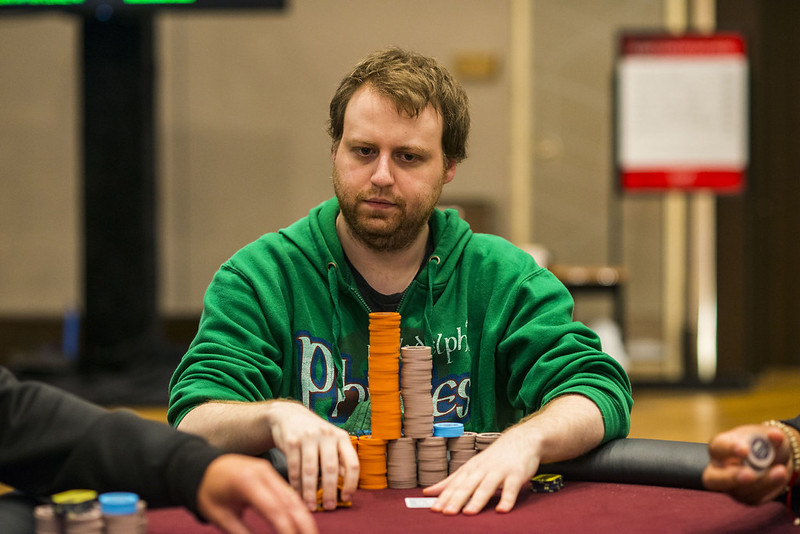 Joe McKeehen made a few short stacks happy when he busted the bubble boy. (Image: wpt.com)

McKeehen still has yet to win a World Poker Tour title. He’s come close a few times in the past, however. During the 2017-2018 season, he nearly won Player of the Year after making three final table appearances.

After busting Siddiqui on the bubble with Q-7 against 7-7 when a queen landed on the river, McKeehen jumped into the chip lead late on Day 2 at the WPT Maryland at Live! Casino, a $3,500 buy-in tournament that began on Saturday.

But Altman, who led after Day 1, racked up a bunch of chips late in the session, and finished with the chip lead. McKeehen, however, went home with an impressive stack (774,000). That puts him sixth out of 51 remaining players when Day 3 begins on Tuesday. Altman bagged 1,081,000. Jeffrey Colpitts, the only other player with a seven-figure stack, left with 1,049,000.

McKeehen isn’t the only big name pro who advanced to Day 3. Darren Elias, the WPT G.O.A.T., made it through with an above-average stack (440,000). Elias racked up his 36th career cash, a record. Now he seeks to extend his World Poker Tour title record to five, and final table record to 14.

Another WPT crusher and past Player of the Year, Anthony Zinno, is right ahead of Elias with 443,000 chips.