WSOP Main Event champ Joe Hachem was supposed to take a limousine to a charity poker event near Melbourne, Australia, but his ride was stolen outside a restaurant. The 2005 WSOP ME winner had been dining with his brother Tony, along with former AFL star Brendan Fevola and his wife, when the driver announced the limo was missing. 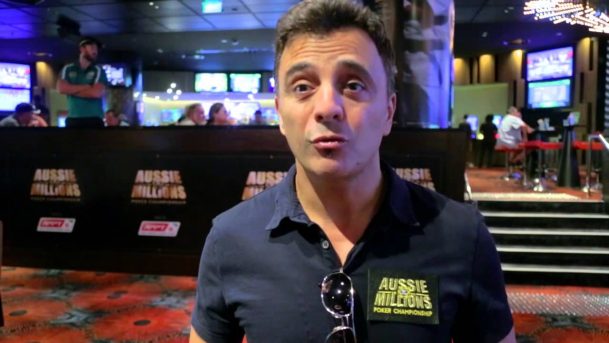 Joe Hachem was almost late for a very important date when a limo intended to drive a group that included the 2005 WSOP Main Event champ to a charity poker event in Australia was stolen outside a nearby restaurant this week.  (Image:  YouTube)

Soon after, the luxury transportation company that owned the missing car, Murrell Group, posted a message on Facebook urging the public to be on the lookout for a white superstretch Chrysler.

Several hours after the incident, the limo was located in a ditch, with a busted up front end. No one was injured and the vehicle, albeit in bad condition, was returned to its rightful owner. The suspect(s) involved has not been identified and the case remains under investigation.

The limo company sent another ride out to the group of local celebrities to be transported to the charity poker event. Hachem hasn’t commented publicly on the incident as of yet, but in a subsequent Facebook post, Murrell Group thanked the people of the city of Geelong for assisting police in locating the vehicle.

Joe and Tony Hachem were part of a group of celebrities hosting a poker event to raise money for breast cancer research. The winner received a trip for two to Las Vegas. There was $50,000 in prizes up for grabs all told.

But the main focus was on raising some money for a good cause. Food was served throughout the evening, and a celebrity was seated at each table.

Shane Warne, a former great Australian cricketer, and Billy Brownless, a retired AFL star, were also among the stars in attendance. Warne wasn’t present at the restaurant when the limo was stolen, but he had an interesting evening beyond the charity event as well.

The cricket star went out for drinks afterwards with Brynne Edelsten, an American C-list television personality. According to Warne, he went back to her place later for a “nightcap” where the paparazzi were lying in wait for them. He expressed his disdain for the guerrilla photogs in his own Facebook post.

Joe Hachem is still a big celebrity in his native land, even 11 years removed from his WSOP title win. Most poker players in Australia aspire to be the next Hachem. That’s why he’s a good fit for a charity event such as this one.

In 2005, Hachem stunned the poker world by outlasting 5,618 other players in the most famous poker tournament in the world, winning $7.5 million. It was his first large live tournament cash, and at the time, the biggest top prize payout in World Series Main Event history (it has since been eclipsed).

That meteoric win was just the beginning for Hachem. Considered to be the Land Down Under’s top money winner in the game, Joe has won more than $5 million in tournaments since his 2005 takedown.