Democratic presidential candidate Joe Biden says that he is against “unnecessary restrictions” on the gaming industry, including the Department of Justice opinion from earlier this year that sought to broadly apply the Wire Act to all forms of interstate gambling. 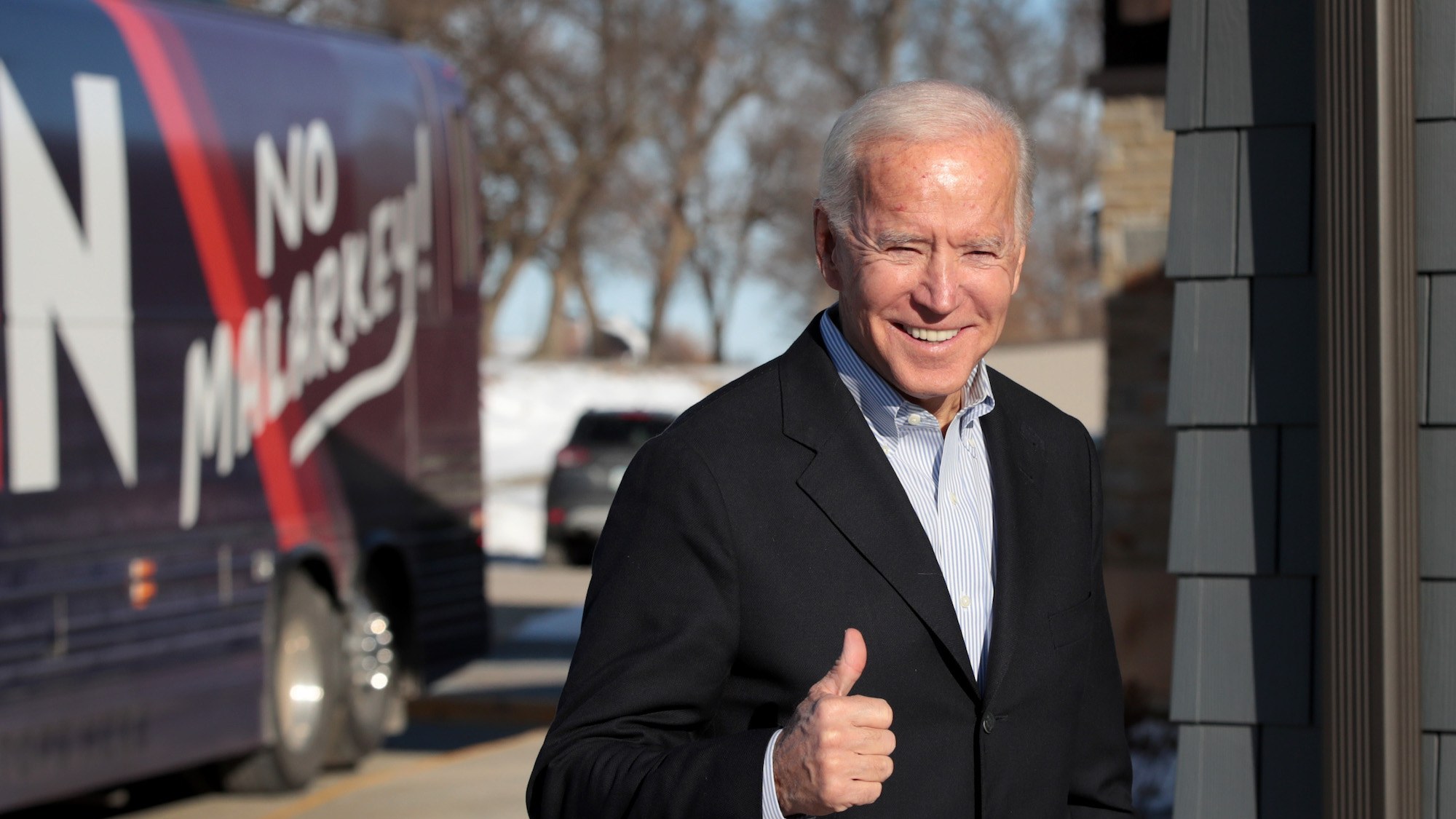 Joe Biden says that he opposes the Justice Department’s reinterpretation of the Wire Act, which would apply the statute to all forms of interstate gambling. (Image: Scott Olson/Getty)

That opinion is currently the subject of legal action after US District Court Judge Paul Barbadoro ruled that a narrower interpretation of the Wire Act, which would only apply it to sports betting, was correct, based on the context of the statute.

Biden made his most recent comments in a statement to CDC Gaming Reports. The former vice president told CDC that he “doesn’t support adding unnecessary restrictions to the gaming industry like the Trump Administration has done.”

That would apparently include decisions such as the Wire Act interpretation from the DOJ’s Office of Legal Counsel, which reversed a 2011 opinion from the same office. In that opinion, the DOJ found that both the grammar and the intention of the law showed it was intended to be applied only to sports betting.

This aligns with earlier comments Biden has made about the Wire Act.

I would reverse the White House opinion that was then reversed and overruled by the court,” Biden said at an event in Nevada this summer, via Online Poker Report. “The court is correct. That should be the prevailing position.”

The Department of Justice appealed Judge Barbadoro’s ruling, and is preparing to file its appellant’s brief with the First Circuit Court of Appeals. That brief was initially due by Nov. 12, but the DOJ was given an extension, and is now expected to file its paperwork by Dec. 30.

That filing will trigger a set of further deadlines, as the New Hampshire Lottery Commission will get a chance to respond to the DOJ brief, and the DOJ will then have a chance to counter that filing as well. That means oral arguments in the case likely won’t be heard until sometime well into 2020. The case is widely expected to eventually be heard by the Supreme Court.

Biden also commented on a bill proposed by Senators Charles Schumer (D-New York) and Mitt Romney (R-Utah) that would provide a federal legal framework for sports betting. Biden told CDC Gaming Reports that he “believes states and federal authorities should cooperate to ensure that gambling is safe, fair, and corruption-free,” but did not explicitly come out for or against the bill.

Biden is currently the polling leader in the race for the Democratic presidential nomination, though his position is far from secure. In a race where there are 10 or more candidates averaging at least 1 percent in national polls, Biden leads with an average of 26.3 percent, according to a weighted average of polls compiled by FiveThirtyEight.com. That puts him ahead of Bernie Sanders (17.8 percent), Elizabeth Warren (14.8 percent), and Pete Buttigieg (9.5 percent).

The former vice president isn’t the only Democratic candidate that has commented on the state of online gambling in America. Andrew Yang – who currently sits sixth in the FiveThirtyEight polling average at 3.5 percent – announced on Twitter in October that he favors making online poker explicitly legal in all 50 states, a move that has helped him gain plenty of support from the poker community.