Joe Biden, Donald Trump a Coin Flip to Win US Presidency, In Case You’re Starved for Something to Bet On

If Joe Biden wins the US presidential election in November, he will have done it in an unusual manner. The former Vice President is now in a virtual coin flip at online sportsbooks against the incumbent, Donald Trump. But just a few weeks ago, most had already counted the original Democratic favorite out. 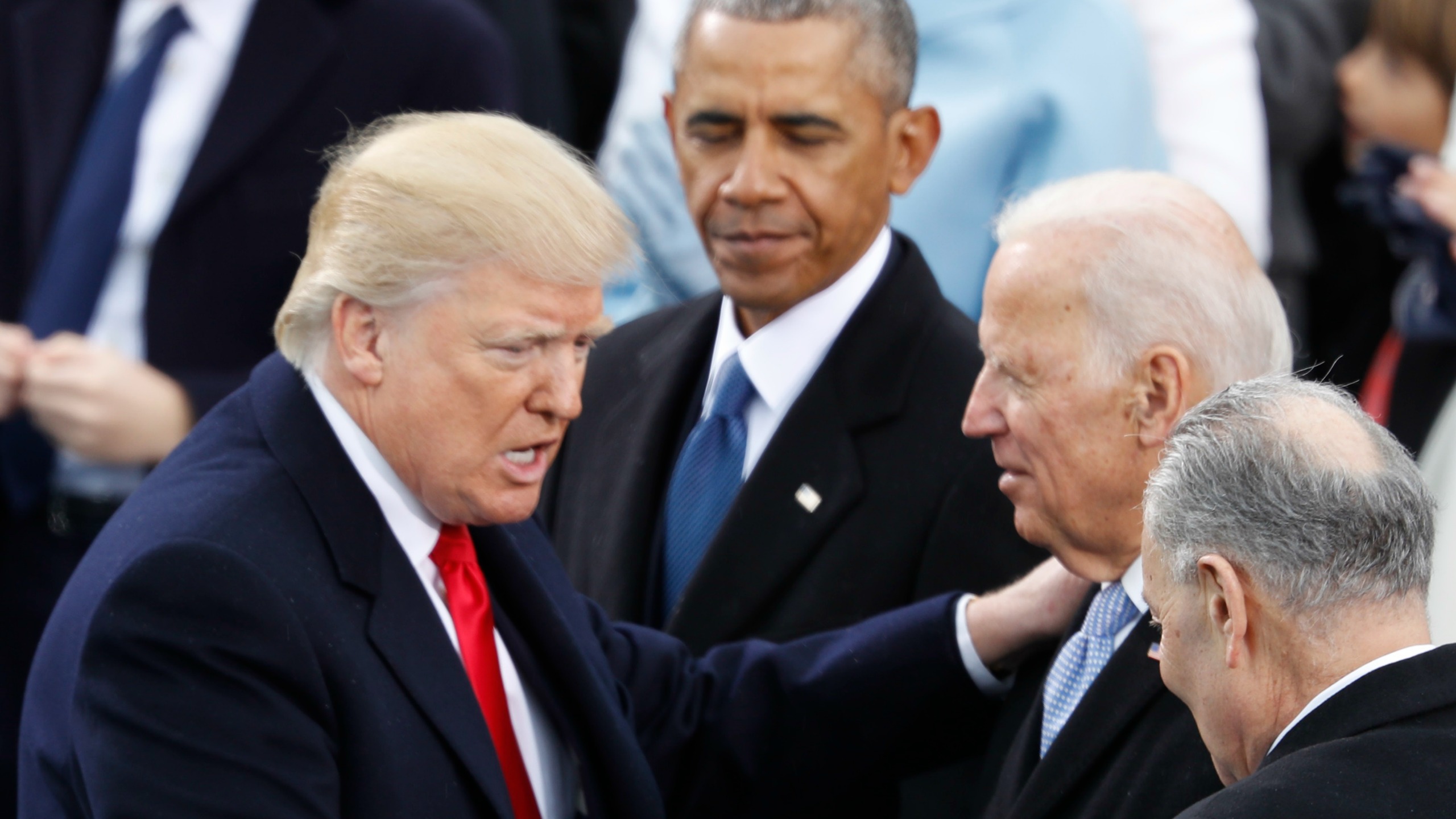 We don’t expect this type of warm reception when Joe Biden and Donald Trump meet in the debates. (Image: Axios)

It’s been a tough week for poker players and sports bettors, and it won’t be getting better any time soon. With the sports world and live poker scene in the US temporarily shut down, there isn’t much to bet on these days. So, if you need to get your gambling fix on, the coronavirus pandemic doesn’t have to stop you from betting on the 2020 US presidential election.

Joe Biden on a Roller Coaster Ride to the Presidency?

Bernie Sanders remains in the race for the Democratic nomination. So, while we aren’t technically in the general election just yet, we may just as well be. Bernie’s odds are now down to slim to none and, according to OddsShark, he’s +3000 (30/1) to become the next president, way down from the +275 line on Feb. 27.

Biden, on the other hand, checks in at -105, compared to his +2000 line just three weeks ago. The former VP has won 1,201 delegates in the Democratic primaries, while Sanders is in a distant second place with 896. To give you an idea of how unlikely it is for Sanders to win the nomination at this point, no candidate has ever rallied from a deficit of even 200 delegates. The voters simply aren’t feeling the Bern.

But this race was once seemingly over for Biden, who was the early favorite when the campaign began. The 77-year-old, career politician who runs on a moderate liberal platform, didn’t seem to resonate with voters during the first few caucuses and primaries. Sanders, a self-proclaimed Democratic Socialist who most consider a far left-leaning candidate, took an early lead at the polls and was the front-runner for a while.

That all changed on Super Tuesday — March 3. Amy Klobuchar and Pete Buttigieg dropped out of the race to endorse Biden. Doing so paved the way for the former VP to rack up delegates and essentially block the most progressive candidate — Senator Sanders — from winning the nomination. Since then, it’s been all Biden and the race now appears to be over.

Election Day 2020 is still more than seven months away, so it’s way too early to project a winner. The online sportsbooks have the Biden (-105) vs. Trump (-105) match-up handicapped as a near coin-flip. And many expect Biden to soon become the outright favorite.

But, and apologies for using a cheesy cliche, anything can happen between now and Nov. 3. This race has already taken many twists and turns, and there are certainly plenty more to come. Trump went from the heavy favorite (peaking at -180 on Feb. 27) to a coin-flip at best, and may soon be the underdog. In two months, depending on the results of the coronavirus pandemic in the US, he could once again be a heavy favorite or drop down to a huge underdog.

How the public perceives Trump’s response to the COVID-19 scare will certainly have an impact on voters. If voters approve of his overall handling of the global health crisis when the dust settles, it’s likely he’ll enter Election Day as the odds-on favorite. But if the opposite is true, the gamblers will be all over Biden.