Veteran poker player Joanne “JJ” Liu’s latest project might not seem connected to the gambling world at first, but in her eyes, it is. Liu, who has long blended together successful careers in poker and in real estate, heads up the investment team behind the renovated Bristol Arcadia Inn, an 84-room motel in Bristol, Virginia, deep in the Appalachian Mountains. 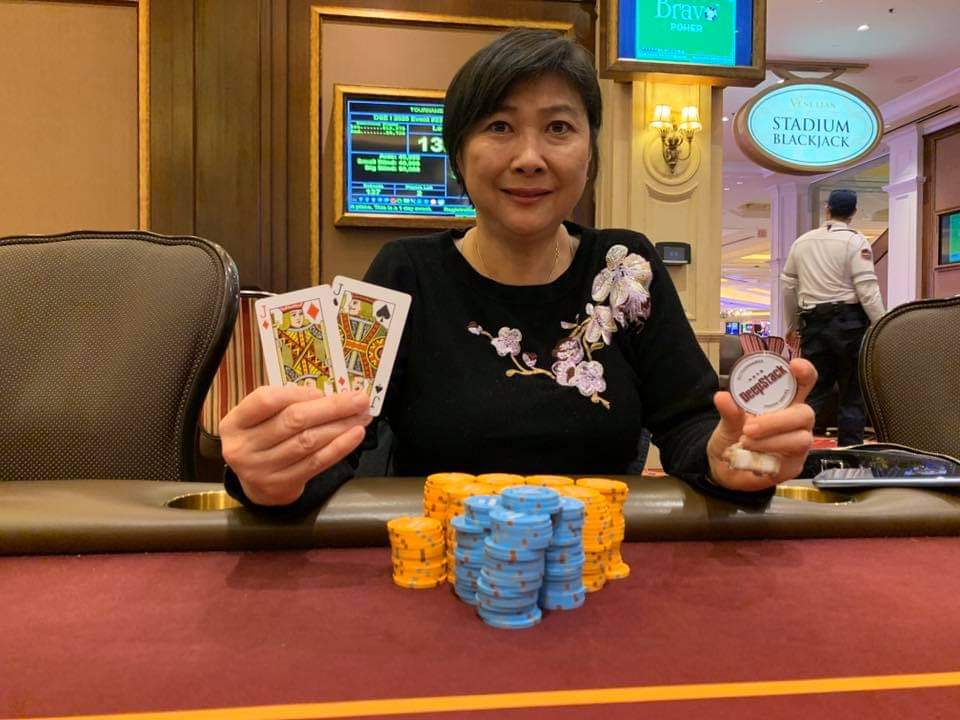 JJ Liu remains a force at the poker tables even while undertaking her latest business development in Bristol, Virginia. Her last pre-pandemic win came in a Venetian DeepStacks extravaganza event in February 2020. (Image: Facebook/VenetianPokerRoom)

It’s both a labor of love and a commercial opportunity for Liu, the Taiwanese native who recently moved to Georgia after living in Las Vegas for many years. Liu visited Bristol, Virginia, and Bristol, Tennessee last year just after Virginia’s voters approved a new Hard Rock casino project near the city in November. She acquired Bristol’s former Comfort Inn at a January auction with an eye toward the future.

“I was doing a lot of real estate investment, buying commercial property, and I saw Bristol was going to vote on a Hard Rock casino last November. I saw it as a tremendous opportunity for me to come here and have an investment in the real estate market,” Liu told the Bristol Herald Courier last week. “I will start with this. I have a lot of investors interested in this area because of what is going to happen with the Hard Rock casino.”

The upcoming casino project will be built on the site of the former Bristol Mall. The future Hard Rock Casino Bristol is early in its 18-month construction schedule, with an opening planned for late 2022.

Liu renamed the inn after the Arcadia of Greek mythology, a Peloponnesian wilderness of high beauty where the god Pan and other deities were said to reside. In modern-day Bristol, the name also plays to the city’s mountainous setting and natural beauty, which Liu quickly embraced.

“It’s amazing. This is such a nice place to live. You know I travel all over the world, and it’s just such a beautiful place,” Liu said. “Bristol, I think, is paradise.”

Liu has spent much of her time in recent months not only directing the inn’s renovation, but promoting it online as well, particularly on Instagram and Twitter. She reported that the inn was full up when NASCAR made its late-March visit to the Bristol Motor Speedway, just across the border in Tennessee.

Auto racing at Bristol (which was recently converted to a dirt track) only draws the big crowds for a few weeks a year, but the entire region hopes the new casino will help transform the area into a year-round destination.

Current plans for the upcoming Hard Rock Bristol project include a hotel tower, restaurants, indoor and outdoor concert venues, and other amenities, but poker has yet to be specifically included in the casino’s planned offerings. Liu, a 2012 Women in Poker Hall of Fame (WiPHoF) enshrinee with over $3 million in recorded tourney earnings, would love to see it there, especially in the form of a major tourney series such as those found at Hard Rock properties in other states.

“Two weeks ago in Fort Lauderdale, Hard Rock Casino, all the hotels sold out,” she told the Herald Courier. “Usually they have tournaments for months to two months. This is a great event for business.” Liu also mentioned the World Series of Poker and its Circuit series as the type of visiting tour that could potentially make a stop at Hard Rock Bristol.

For the WSOP Circuit, at least, such a dream appears unlikely in the near future. It’s just a two-and-a-half-hour drive from Bristol to Cherokee, North Carolina, where Harrah’s Cherokee perennially hosts one of the WSOP Circuit’s largest and most entrenched series; Liu herself has been an occasional participant at Cherokee during her trips to the Appalachians.

It doesn’t mean, however, that another series or a home-grown Hard Rock poker offering couldn’t be in the future and, as a local business investor, Liu is now in the position to lobby for poker’s inclusion.