Jennifer Harman, the only woman besides Vanessa Selbst to hold two World Series of Poker event bracelets, is easily considered to be among the top five women poker players in the world. Along with her impressive tournament credentials, Harman is best-known as a fierce high-stakes cash game player in Las Vegas and beyond. 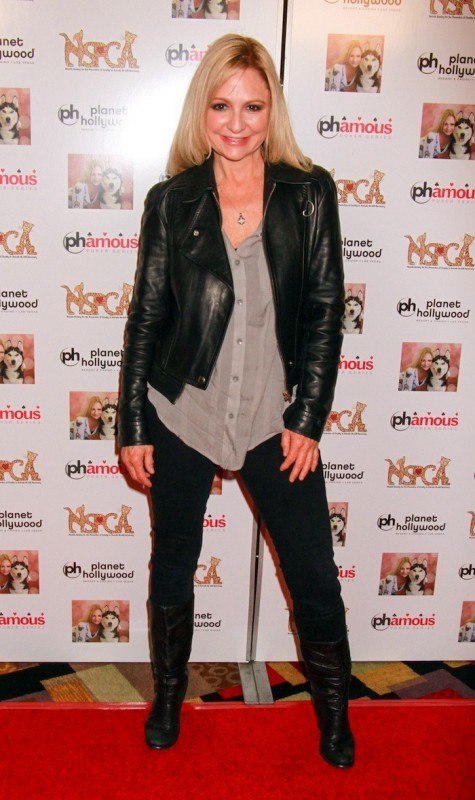 But there’s much more to this petite poker powerhouse than just gamesmanship. The mother of twin boys with ex-husband Marco Traniello, Harman is also an active philanthropist whose major interests center around shelter animals and organ donation (she is herself the recipient of two kidney transplants, the result of some genetic issues).

CardsChat News Editor-in-Chief Hannah Elisabeth spoke with Harman recently about her current fourth renomination to this year’s Poker Hall of Fame, her involvement with Nevada Society for the Prevention of Cruelty to Animals (NSPCA) in Las Vegas (as well as other charities), and how she balances motherhood, poker, and dating.

CC: You’re once again a finalist in the WSOP Poker Hall of Fame, it’s your fourth year running. What would it mean to you to make the list at this point in your career? What do you think your chances are of making it this time? 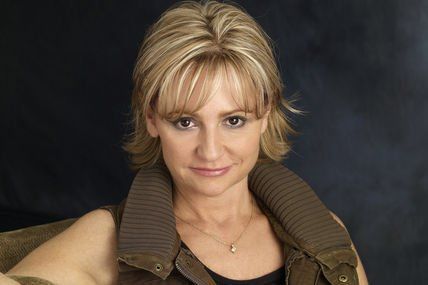 Jennifer Harman has been nominated to the 2015 Poker Hall of Fame for the fourth time. Will this be her year? (Image: pokerwomennews.com)

JH: I always think it’s an honor to be nominated for WSOP Poker Hall of Fame. Poker is a solo sport and you really only have yourself to pat yourself on the back when you play well.

You are also your own worst critic when you play badly. So to get the recognition of the poker world to be deserving of the Hall of Fame would make me very proud and happy of what I have accomplished.

CC: You won your two World Series of Poker bracelets in 2000 and 2002, before you had kids. In a recent interview, you said that you really prefer the giant cash games in Las Vegas. Yet you still played in the Main Event this year at WSOP. Where is your head right now as far as these two different disciplines go?

JH: I have always been a cash game player. I like tournaments, but with all the traveling and the long hours, I choose usually to play cash games. When I had children, I really wanted to be around for them. I hear it goes by so fast and I don’t want to miss a second.

If I decided to play a lot of tournaments, I feel that I would have to travel enough to where I don’t think I could be the mom I want to be. Cash games are basically in my back yard and I can play fewer hours and make sufficient money. 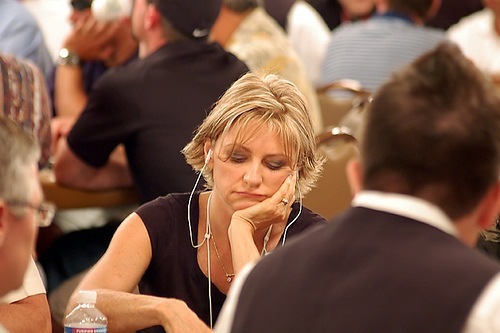 Harman is known and feared on the felt, whether in tournaments or nosebleed cash games. (Image: pokafeed.com)

CC: Your twin boys are now 8 years old, right? What are the challenges of being a single mother while playing in some of the biggest cash games in Las Vegas? How do you make it all work?

JH: I’m still trying to find the balance to raising my kids and playing poker. I’ll get a text from the Bellagio or Aria that they are starting a game. Well, guess what? I’m at a soccer game or we have a dentist appointment or I’m picking up the kids from school. I do my best to try to get in the hours needed to be a winning player and also be there for my kids. It’s not all that easy sometimes.

CC: You’ve been involved with the Nevada Society for the Prevention of Cruelty to Animals (NSPCA), Las Vegas’ primary No Kill shelter, since 2007, when you created the Jennifer Harman Celebrity Poker Tournament. That event has since raised over a million dollars for this non-profit organization. Where does your love of animals come from? Do you have any pets now yourself? Can you tell us a bit about this year’s upcoming event? 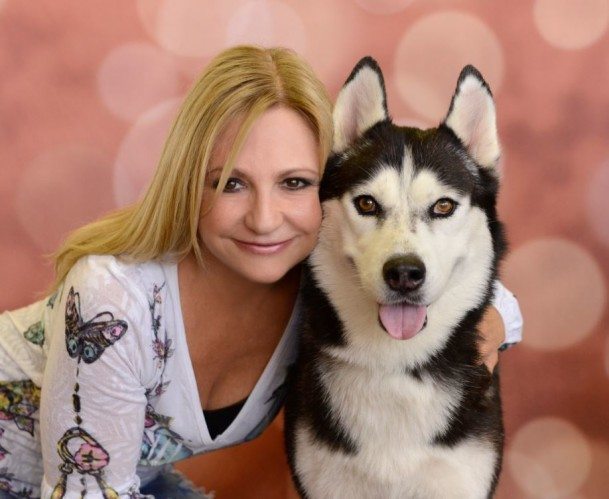 JH: Yes, I have been involved with the Nevada SPCA for a while now. I have always had a passion for animals and kids. I always feel that we are their voices for [those who] are helpless.

I have shed a lot of tears in my lifetime hearing about abused animals and still can’t understand why. The NSPCA is amazing. They have my same passion, to save all animals. I have 3 dogs. I have a Blue Heeler, Chihuahua and a Yorkie.

CC: Your other charity involvement has been with CODA, Creating Organ Donation Awareness, an organization you founded after your own two kidney transplants. You’ve also hosted poker tourneys for the National Kidney Foundation. What do you want people to know about organ donation? Would you leave your own organs for others in your will?

JH: I have always been an advocate for raising donor awareness. There are so many people on lists waiting for organs. Many of them die, because sometimes it takes years and years to finally get one.

Some people have misconceptions that if they are organ donors that [doctors] won’t work as hard on them to save them [if they are in an accident or become ill]. The person who is the organ donor always comes first. I have had two kidney transplants and I can’t even describe to you how sick I was with each one.

With a new kidney, I was better immediately. I’m able to go on with my life as a normal healthy person. The organ donors are the angels of this life. I just wish that more people would step forward and become organ donors. Yes, I would definitely donate my organs. I know first-hand: it saves lives.

CC: During the World Series of Poker this year, you made mention of a screenplay in the works, but didn’t give many details. Can you tell us anymore about that? Is it about poker, and would you make a cameo in it if it came to the silver screen?

JH: Yes, I am working on a screenplay. It’s basically going to be a comedy. It’s not completed as of yet and I’m still working on it to make it as good as I can get it. I’m hoping to be behind the scenes and not in them. I really hope to get to the point where I can decide if I’m going to do a cameo or not [chuckle].

CC: There’s always the issue of super young players vs. older, more experienced ones. This year in the Main Event, we saw two older players, 72-year-old Pierre Neuville and 61-year-old Neil Blumenfield, make the final table. We know you’re still a good ways off from those decades, but do you think the tides may be turning at last for wisdom over sheer energy? What do you think of their chances of beating the young guns in November?

JH: I have a ton of respect for the younger generation. They have changed poker in a lot of ways. They come from a different perspective and I really have a lot of admiration for them. I believe that experience is also important to have in the game. I don’t know how many times I’ve seen something in a poker game that rang false because it has been logged into my subconscious many, many times. I think the young guns are going to be tough to beat, but you never know [smile].

CC: Would you ever date another poker player? What do you think are the pros and cons of dating within your profession?

JH: I’ve gone back and forth on what makes a relationship work and still haven’t figured it out. I feel that you have a lot in common with another poker player. I feel common interests are important in making a relationship work.

Poker is supposed to be a business, like any other business. So if you’re professional about it, I don’t think it should strain a relationship. It is a roller coaster ride, so hopefully you will pick a spouse that likes Space Mountain.

CC: At the end of your life, what do you want your poker legacy to look like? 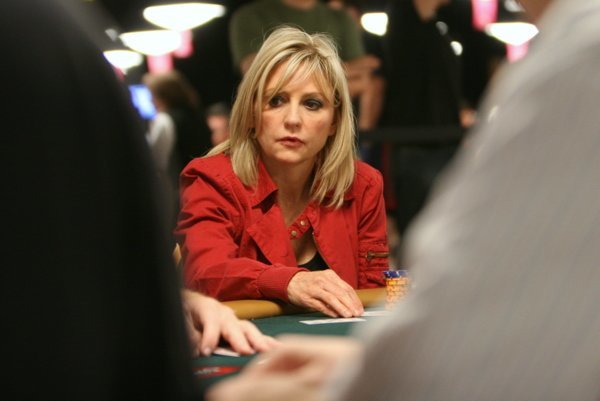 Harman struggles, like so many single mothers, with finding the balance between making a living and spending quality time with her two boys. She just has a slightly less orthodox profession than most. (Image: pokerlistings.com)

JH: This is a tough question. At the end of my life, what would I like my poker legacy to be? I hope I’m like Doyle Brunson, grinding away at the 1000-2000 mixed games. I guess I would like people to say, “Damn, that woman could really play poker.” Or “Good Game Little Girl.”

I also hope to bring out more women to play poker. I have always said, you don’t have to lift weights to hold up 2 cards. Women have great instincts. But most of all, I hope that my kids are proud of me for the choices that I have made in my life. Being a good mother, a good person, and a good poker player.

Mine too – loved getting to know more about her.