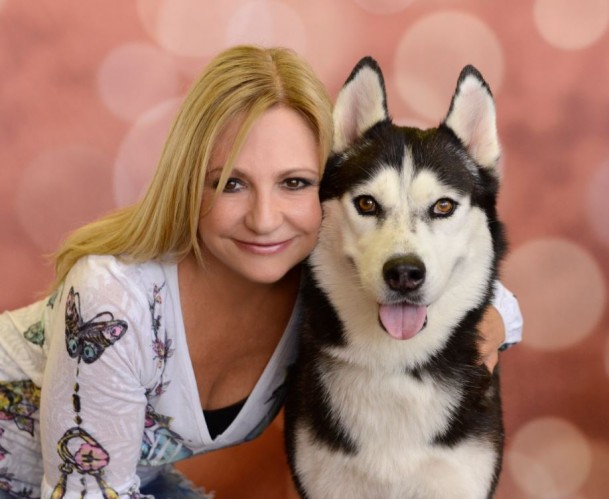 This year’s Jennifer Harman Celebrity Poker Tournament at Planet Hollywood on November 13th on the Las Vegas Strip will have extra meaning for the superstar player for a number of reasons.

Dedicated to raising much-needed funds for Sin City’s primary No Kill shelter Nevada Society for the Prevention of Cruelty to Animals (Nevada SPCA) since 2007, Harman’s star-studded tournaments have already raised over a million dollars for the shelter in years past.

But for the first time ever this year, Harman will be hosting the event as a Poker Hall of Fame inductee, an honor for which she was nominated four times before clinching the distinction this year.

Beyond that, this year’s proceeds will go towards a very special vision at Nevada SPCA: the center’s expansion and renovation, to kick off in 2016, with new dog kennels, nurseries for puppies and kittens, and perhaps most remarkably, with what have been deemed “Hero Rooms” for dogs who come into the shelter with advanced physical or emotional challenges.

“Jennifer is the guardian angel for so many of our community’s animals in most urgent need,” said Nevada SPCA Executive Director Doug Duke of the annual and much-anticipated event, of which CardsChat is a sponsor. “Her dedication to fundraising for homeless animals with advanced challenges, whether due to abuse, birth defects, disease, injury, neglect, or starvation is remarkable and unwavering,” Duke added.

For a $200 tournament buy-in, you can not only mingle with numerous Hollywood, Las Vegas, and poker celebrities, you can also try for a shot at the top prize of a seat to next year’s World Series of Poker (WSOP) Main Event, which is valued, of course, at $10,000. Just for making the final table, you’ll receive any one of a number of special prize packages.

The event takes place on the Mezz (mezzanine) of Planet Hollywood on the Strip, and kicks off at 5 pm on November 13th with a celebrity Red Carpet, followed by the actual rebuy tournament at 6:30 pm.

In between, hundreds of lavish silent auction and raffle prizes will tempt even the most jaded poker aficionado.

When we spoke to Harman this summer about her dedication to animal welfare, she had this to say: “I have always had a passion for animals and kids. I always feel that we are their voices for [those who] are helpless. I have shed a lot of tears in my lifetime hearing about abused animals and still can’t understand why. The NSPCA is amazing. They have my same passion, to save all animals.”

Harman herself has three dogs: a Blue Heeler, a Chihuahua and a Yorkie.

And while more poker pros and entertainers are still being confirmed, ones you can count on seeing include everyone from world-renowned magician Lance Burton (himself now a dedicated Nevada SPCA volunteer and advocate) to animal championer and tattoo artist/TV star Dirk Vermin, as well as poker players Mike Matusow, Vanessa Rousso, and Karina Jett.

“Jennifer Harman has inspired animal lovers from around the world, from all walks to life, to join together through her tournaments to make an enormous impact for animal rescue, rehabilitation, and adoption. She unites poker professionals, entertainers, sports stars, business leaders, and animal lovers, so that more lives can be saved and protected,” said Duke.

He added that he’ll be making a surprise announcement at the tournament in relation to the aforementioned expansion & renovation plans.

Tournament entries are paid at the event. To reserve a seat, please email nevadaspca@aol.com. (Players may also show up the night of the event without a reservation).

Nice Jennifer!! Celebs help very much to general awareness of cruelty to animals. Thanks for this

Whenever possible, I have always and will always support my dear friend Jennifer Harman in her efforts to be a gardian angel to help animals in need. Jennifer is an inspiration and much admired.