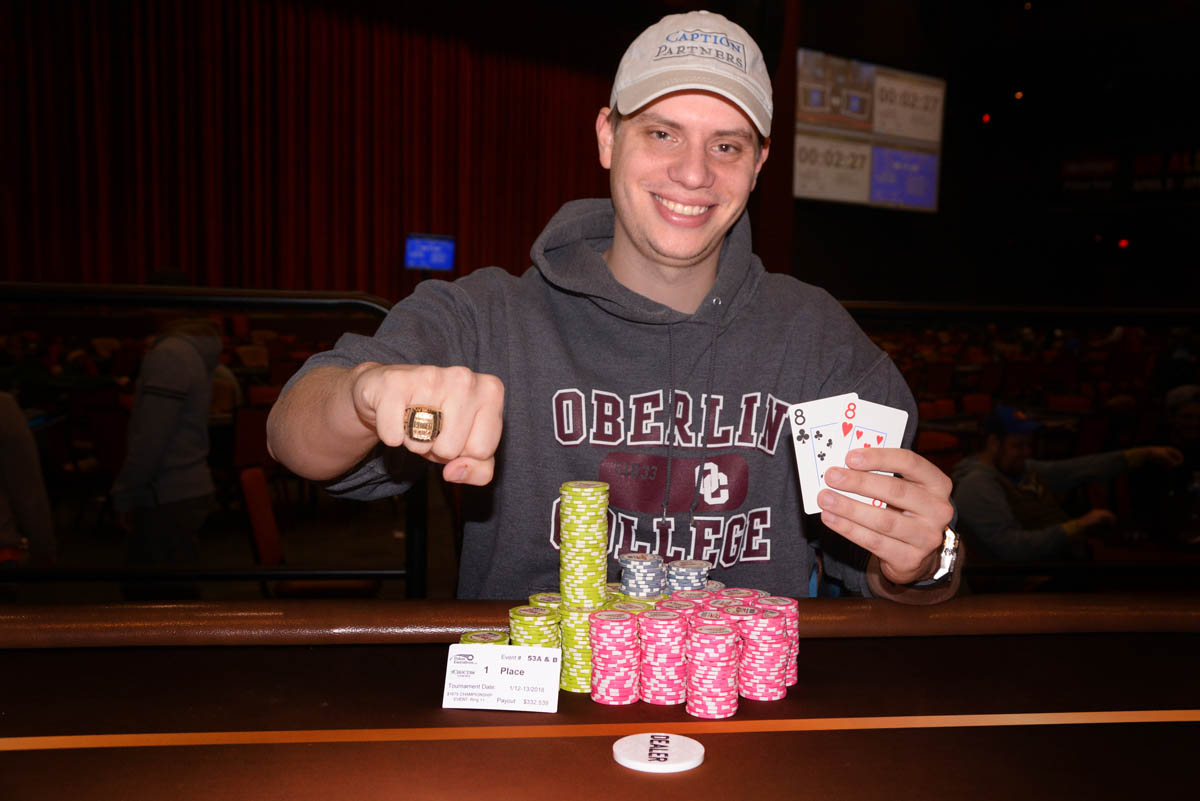 After finishing 158th in the 2016 WSOP Main Event, Jason Strasser came to a realization that his game was outdated. He decided to make some changes and it paid off with a juicy six-figure score. (Image: WSOP)

A decade ago, Strasser graduated from Duke University, and instead of pursuing a traditional career, he became a full-time online poker pro. He was good at it, too, winning millions and establishing himself as one of the toughest no-limit hold’em players in the game.

As poker changed, however, so did Strasser. He eventually gave up the online grind in favor of taking a job on Wall Street, which in turn led him to start his own hedge fund.

“I mean, honestly, I don’t get to play much poker these days,” Strasser told WSOP officials after his win. “And the final table, the way it played out, we were three-handed for a long time and it was really, really fun because it wasn’t 20 big blind push/shove. It was actual, real poker. I really enjoyed my opponents and … had a great time.”

Strasser, who relocated to Oklahoma City, won his first ring in 2013 at the WSOPC Foxwoods, and he admits that since that time his game slipped. He remedied that after having an epiphany during poker’s most prestigious tournament.

“I had an experience where I played the [WSOP] Main Event three years ago,” said Strasser. “I got to like Day 4 and was like ‘Whatever I was doing before isn’t working and the game has passed me by.’ Whenever I had free time from work, I would fire up some poker videos. I would watch Run It Once videos, talk to some players that were good and I kind of worked on my game for the first time in like six or seven years.”

Another player to strike it big at Choctaw Durant was Daniel Jones, who finished 10th in the Main Event. He added the Main Event notch to two runner-up finishes and a 14th place to give him 105 points overall on the WSOSPC Choctaw Durant Casino Championship Leaderboard. It was enough to edge out Jeff Trudeau by five points. That means Jones has secured a seat in the 2018 Global Casino Championship.

Interestingly, Trudeau already has a seat in that event after winning the Casino Championship at Choctaw Durant back in November.

Some notables to capture gold rings at the WSOP Choctaw Durant stop included Max Young, Michael Sanders, Lou Garza, and Cody Pettit. For Young, it was his third ring and came just two months after he won the WSOPC Harveys Lake Tahoe Main Event for $147,699.

The next WSOP Circuit stop is already underway in California’s Thunder Valley Casino Resort, outside of Sacramento. That series runs through Jan. 22. After that, the tour will visit Horseshoe Tunica in Mississippi Jan. 18-29.