Popular poker pro Jason Somerville will be using his Twitch presence to bring the 2018 Aussie Millions to the masses according to a recent announcement by the Crown Casino in Melbourne, Australia. 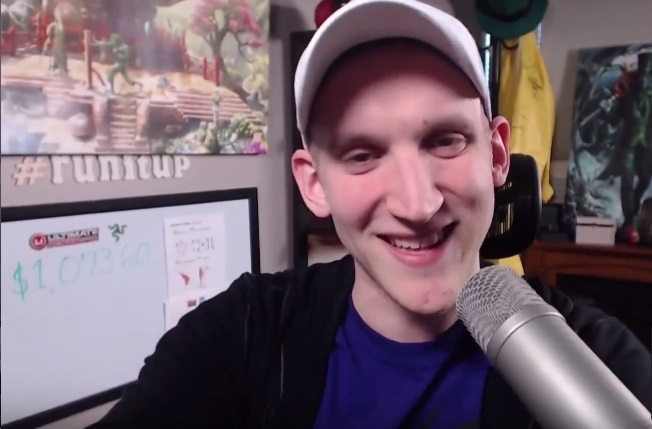 Jason Somerville will return to the Aussie Millions in 2018 as part of a deal to stream the action live via Twitch. (Image: YouTube/Jason Somerville)

Following on the successful partnership formed at the end of 2015, Somerville and Aussie Millions host the Crown will work together again for the upcoming festival. When the two combined forces for the 2016 series, the Twitch stream attracted a record number of combined views. The success of this initial deal saw Somerville return this year, and now 2018 awaits.

Getting Back in Action

As part of his official duties, Somerville will broadcast a combination of live action, analysis, and general color commentary throughout the January series.

Through his channel Run It Up, PokerStars’ pro Somerville has notched up more than 19 million views, making him one of the most-watched players on the platform.

Part of Twitch’s appeal is its ability to offer interactive and accessible content in real-time. As well as being available on all desktop and mobile devices, these streams are driven by the broadcasters themselves and viewer engagement.

This dynamic creates a show that is less rigid and capable of being personalized to suit both the action on show and the demographic watching.

Beyond the structural benefits of Twitch streams, the platform itself is home to 330 million active monthly users who follow all forms of gaming. By sharing a stage with some of the biggest video games in the world, poker has managed to attract some new fans and players.

In November, we saw Somerville and Lex Veldhuis take on four pro gamers in a $100,000 charity match. Set-up by REG Charity in partnership with Twitch and PokerGo, the event saw more than 23,000 people watch live, as Hearthstone expert Rumay Wang went on to win $49,000 for St Jude’s.

As these innovations become more prevalent, the value of Twitch in poker continues to increase. This is something Somerville has long maintained and the reason why he’ll be bringing his own unique take on the action when the Aussie Millions gets underway on January 17.

It will be great to get a piece of the action from the Aussie Millions via Twitch and for those who cant be there be part of it through the interactive formula available through the Twitch format. I look forward to seeing the schedule and anticipate a few sleepless nights watching under the covers. Maybe there will be something in it for all of us unfortunate not to be there in terms of promotions and giveaways!