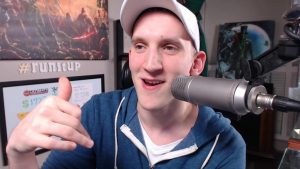 Jason Somerville will be streaming live from the Aussie Millions 2016 via his dedicated Twitch channel. (Image: gamingcentral.in)

Twitch star and PokerStars pro Jason Somerville will be taking his popular stream to the Aussie Millions at the start of 2016.

Since combining his knowledge of gaming, streaming and poker into one neat package, Somerville has become both a pioneer and a star in his own right.

Thanks to a loyal legion of fans and a slew of intrigued passersby, Somerville’s Twitch stream has become the biggest in the industry.

In fact, his recent season of Run It Up attracted record numbers, with more than one stream attracting more than 30,000 consecutive viewers.

Although somewhat lower than the top gaming streams, Somerville’s high of 37,500 consecutive viewers is a record in the poker industry and proof that both his popularity and the popularity of Twitch is starting to grow.

Picking up on this trend, the operators of the Aussie Millions have decided to enlist the help of Somerville for the next incarnation of the popular festival.

Set to run from January 13 until February 1, the annual event will attract many of the top names in poker and, to ensure as many people as possible get to see the action, Somerville will set up his stream right inside Melbourne’s Crown Casino.

Although he won’t be streaming from every event on the schedule, Somerville’s channel will go live on January 24 and he’ll be broadcasting action from the ever-popular selection of Super High Rollers at the Aussie Millions.

High Stakes Stream from Down Under

In previous years the likes of Sam Trickett, Erik Seidel, Phil Ivey and Gus Hansen have all become regulars in these events and this year shouldn’t be any different.

In fact, the only thing that will be different is that a lot of the action will be beamed live around the world (along with commentary from Somerville) via Twitch; a challenge he’s looking forward to.

“The Aussie Millions is a marquee event on the international poker calendar and this year I am honored to play a part in showcasing the action as the Aussie Millions transitions exclusively into a live streamed online broadcast,” said Somerville.