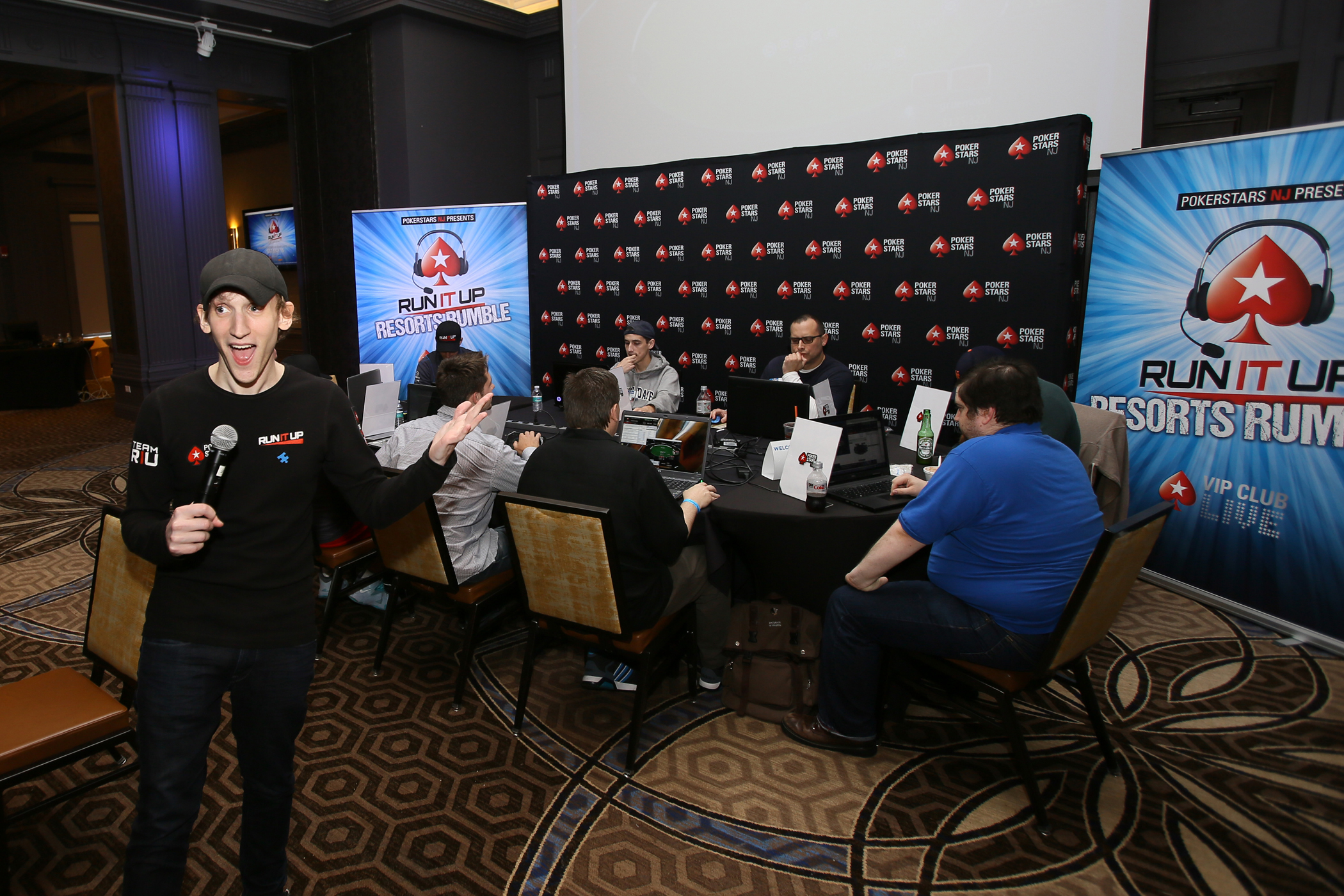 Jason Somerville will go live with a host of new Run It Up content from a dedicated studio in Las Vegas. (Image: PokerStars)

As detailed in a June 14 press release, Jason Somerville’s Run It Up brand has partnered with the online poker site to launch a new studio in Las Vegas. Dubbed Run It Up Studios, the facility will not only give Somerville a place to host his stream but allow creative types to develop live and video content.

“We are eager to grow the game of poker by reaching more fans, more regularly, and with superior poker programming,” Somerville said in the June 14 press release.

While fans of the poker pro will be eager to see how the streams look in the new studio, Somerville wants it to become a hub for programmers of all types. A combination of live tournament content has already been planned, but “small-scale independent” broadcasters are also going to create bespoke content for the Run It Up Twitch channel.

To boost the appeal of the subscription-only streaming service, PokerGo has become the home of popular shows such as Poker After Dark. Additionally, a number of World Series of Poker (WSOP) events have been screened on PokerGo this summer.

Although Somerville’s Twitch channel will offer a slightly different style of programming, the project as a whole is indicative of the direction poker and gaming content is moving. In addition to PokerGo and Run It Up, the Luxor unveiled the new Esports Arena Las Vegas in April.

Featuring a 50-foot-high LED video wall, a competition stage and 30,000 square feet of multilevel seating, the arena is the city’s first dedicated venue for eSports. By opening a new studio, Somerville and PokerStars will be hoping to tap into this emerging gaming culture in Sin City.

With more than 100 million active monthly users, Twitch is the largest live streaming platform in the world. This makes it a potentially lucrative resource for poker operators across the industry.

By creating dedicated studios, the likes of Run It Up should be able to produce professional-quality content which, in turn, could draw bigger audiences. If major brands can do this successfully, it could help bring more players into the game and benefit the industry as a whole.