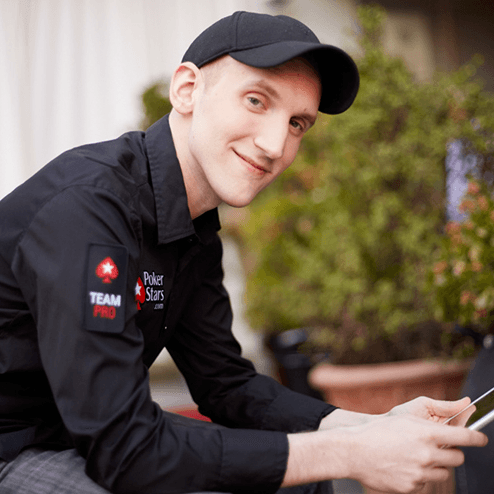 Jason Somerville’s Twitch streams follow some familiar traffic patterns. There are always going to be at least a few thousand people watching him play.

Big events increase this number a bit, and deep runs in a tournament sometimes see 20,000 viewers or more tuning in to see just how far he will go.

But none of the previous final table runs that Somerville had produced on screen drew nearly as many views as his Monday night stream, which saw more than 37,000 viewers tune in simultaneously to watch him reach the final table of a World Championship of Online Poker (WCOOP) event.

Somerville has been streaming his play in a variety of WCOOP events since the series began on September 6.

The tournament in question on Monday night was a $700 buy-in Progressive Super Knockout, Event #7 on the WCOOP schedule. The format included progressive bounties: upon eliminating an opponent, players would receive half of the opponent’s bounty, while half was added to their own bounty, making themselves a much more enticing target.

Somerville went on a tremendously deep run in the tournament, combining some instructional play with timely luck to get all the way to the final table. By that point, Somerville had easily surpassed his record for most concurrent viewers: he had never before reached 30,000, let alone the nearly 37,500 viewers that tuned in to see if the Team PokerStars Pro could capture his first ever WCOOP bracelet.

While he managed to grab the chip lead at one point, it was not to be. The turning point may have been a QJ hand that cost Somerville a large part of his stack, one that he later referred to as a mistake and prompted plenty of discussion and jokes over the next day on his Twitch stream.

But still, it was hard to look at the tournament as anything less than a success for Somerville and his stream. In the end, he would finish in sixth place, capturing a prize of $22,673. Combined with nine bounties he collected worth more than $15,000 in total, and Somerville’s total take from the tournament was more than $38,000.

The final table finish might be considered even more impressive when you consider that Somerville is showing his cards to his opponents with a delay of just a few minutes. While he has maintained that it doesn’t constitute much of a disadvantage for him, he also acknowledges that it probably cuts into his advantage a bit, making this kind of success all the more difficult.

Somerville’s WCOOP winnings didn’t end in that event, either. On Tuesday evening, he made another deep run, this time in a $215 buy-in Six-Mix Limit Hold’em tournament. While he didn’t make another final table, his 23rd place finish earned him another $768.60, and put him among the top 15 players on the WCOOP leaderboard at this early stage.

Still unsure if he will play in the $51,000 Super High Roller tournament, Somerville is participating in as many WCOOP events as possible, streaming them for viewers on Twitch. He has committed to giving a portion of his winnings during WCOOP and his streaming season to Raising for Effective Giving, a charitable initiative that seeks to find the most efficient ways to donate money worldwide.

I was one of the 37,000. Jason is a great streamer. Entertaining and informative. Listening to his thought processes as he works through a hand is an education. I think I’m absorbing some of it, well I watch hours of his streams every day so some of it must be going in. He’s definitely helping me exorcise my inner nit though that does mean I have more moments like his QJ hand above. Jason wouldn’t reach final tables if he didn’t play hands like that QJ but sometimes they kick you in the nuts as well.

Indeed very informative and somehow when watching him I always feel the need to open up my range a bit.
It’s just his enthousiasm which works….affective…
But he’s really good at explaining why he plays hands a certain way, which is quite valuable.