Jason Somerville is one of the most influential figures in poker these days. Only a few media personnel double as successful high stakes poker players: Mike Sexton and Tony Dunst are other examples of the short list that includes Somerville. 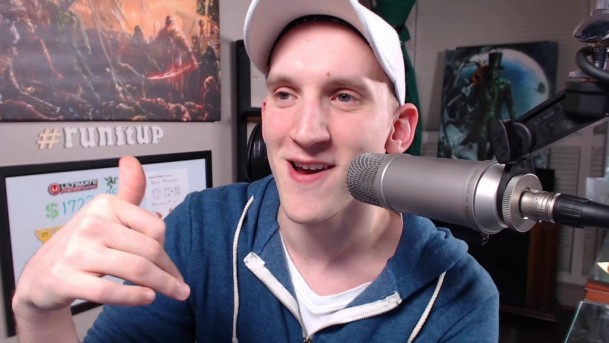 Jason Somerville has surpassed 10 million viewers on his “Run It UP!” Twitch stream.  (Image: gamingcentral.in)

Somerville, along with Dunst, has been able to reach out to a younger generation as a poker ambassador, which has helped the game continue to grow. Actually, Jason has reached out to a whole heck of a lot of people, old and young: 10 million, specifically, according to the latest stats.

There are video game streaming channels on Twitch with more viewers. But the platform was originally created with gamers in mind, and video games are more popular than poker worldwide. That just goes to show what an accomplishment it is to get 10 million viewers to a poker stream.

Somerville’s Twitch username is jcarverpoker. That has long been his PokerStars moniker as well. The almost-30-year-old streams live major events and online tournaments.

In the past year, he has streamed live from the Aussie Millions, PokerStars WCOOP tournaments, and even his play on Monday of PokerStars’ first day back in New Jersey as a legal and regulated entity.

What makes Somerville’s streams more intriguing than most other Twitch poker users is that he has a likeable personality and gives advanced poker analysis. Many of his viewers claim to have learned the game from his tips and pointers, and also enjoy his personality.

Streaming on a daily basis, usually for many hours, Jason aired approximately 11,000 hours on Twitch last year and expects to do the same again in 2016.

To watch Somerville on Twitch, viewers are asked to follow some basic rules of decency, per his Twitch page. The five rules are to “be or pretend to be a decent human being”, don’t spam the chat, don’t use all caps when chatting, don’t beg for money, and don’t be a spoiler.

Sounds reasonable enough to us.

Making His Mark as a Poker Player

One thing that makes Somerville stand out ahead of most other poker Twitch streamers is that he’s an accomplished poker player, not just some low-stakes grinder.

Jason Somerville has a friendly demeanor and a ton of poker talent. It should come as a surprise to no one that his Twitch channel has been so successful.

He’s an amazing streamer, he’s funny, informative, and interact with the viewers super well, by answering questions in the chat, and some through twitter. And he will sometimes look at the viewers hands to give them tips on how it should be played.