On Tuesday, WSOP superstar Jason Mercier was a guest on ESPN Radio’s The Dan Le Batard Show, a sports talk show which airs on ESPNU television, as well as radio. The poker pro was there to discuss his recent dominance in this year’s World Series of Poker. Host Le Batard, however, was more insulting than complimentary of the poker pro’s historic summer. 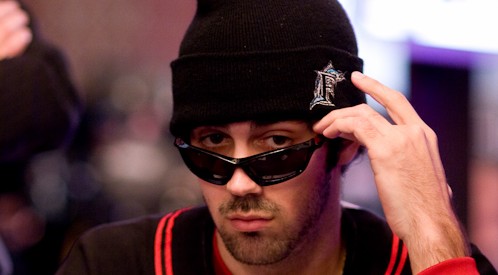 Jason Mercier went on ESPN Radio for The Dan Le Batard Show on Tuesday, and took a few swipes from the host. (Image: globalpokerindex.com)

Before bringing the poker player on, Le Batard and his co-host Jon “Stugotz” Weiner gave their two cents on the game of poker. The hosts made several harsh assumptions about players of the game.

“I’ve got to wonder, Stugotz, I’m not even kidding you,” Le Batard began. “Phil Ivey, what I’ve read about [him] that the need for action is so strong, that I wonder how happy these guys actually are, because it’s just another form of being a junkie.”

Prior to that comment, the sports radio personality displayed a lack of poker knowledge and show preparation. He brought up Mercier’s side bet with Vanessa Selbst and inaccurately stated that had the poker pro garnered a record three bracelets in one year, it would have broken a 47-year record. He then compared poker to drugs and alcohol.

“It’s basically an addiction that we’re all good with,” Le Batard said. “We castigate the guys in the NFL for getting addicted to pain pills or marijuana, because it helps with the pain relief, or [for] drinking. We castigate addicts and, basically, the World Series of Poker is often celebrating them.”

The sports talk show host then showed a bit of empathy for one of poker’s best players of all time, albeit in a rather condescending way.

“When I read about Phil Ivey, I feel for him, because it feels like he’s chasing a perpetual high.”

After coming down hard on poker players, Le Batard brought Mercier on to discuss his life as a poker pro and his recent WSOP performance. The host began the interview by questioning how the #1 Floridian player was able to traverse multiple WSOP events at once.

“I was entering almost every single event even if I was still in an event,” Mercier answered. “I might enter multiple tournaments on the same day.

“There was a situation towards the end of the series where I was basically in three tournaments at once. In one tournament, I only played like 40 minutes, where I was just shoving every hand, trying to be able to blind into Day Two in case I got knocked out of the other tournaments.”

But is it fun, Le Batard wanted to know.

“Is it fun? Yeah. I love playing poker. I’ve been playing poker pretty much since I was 17 years old,” Mercier told the ESPN host.

The poker pro went on to explain his bracelet bet with Vanessa Selbst. He said he’s been doing bracelet prop bets for years at the WSOP, but this was the first time he wagered on himself to win multiple bracelets.

“Do you have a gambling problem?” Le Batard asked Mercier.

“No, I don’t think so. I play poker to make money. So it’s more of a job for me. The thing that I always look at is, are you able to stop? So if you’re able to take a couple weeks off and not play poker or even a month or whatever, then I don’t think it’s like an addiction or anything like that,” Mercier fired back.

Le Batard then questioned Mercier on when he became a poker pro, and what his parents felt about him choosing that as a career path. The 29-year old explained he had his scholarship to Florida Atlantic University revoked after his freshman year, because he spent more time playing poker than going to class.

Jason then told a story about how his conservative parents didn’t support his career vision early on, but changed their minds after discovering how much money he was making. In response to Mercier’s comment about playing poker instead of going to class, Le Batard again became critical.

“That sounds like a problem. Most people would describe that as a problem,” he said, failing to acknowledge Mercier makes far more money playing poker than most college graduates do with a degree.

“Oh, I think it was definitely a problem when I was younger,” Mercier conceded, refusing to get defensive, despite the host attacking his profession.

After the conversation, the sports talk radio personality continued the digs, suggesting his listeners hated the interview. Mercier wasn’t too thrilled with the way the host portrayed the game of poker.

“Degenerate, junkie, addict – Not exactly my fav words 2 describe myself as 1 of the best in my profession,” he posted on Twitter afterwards.

Not too surprisingly, fellow poker players on Twitter defended Mercier and the game after the tough interview.

What a clown he is

Dude is a clown but 90% of regular poker players are degenerates. About 50% are downright scum.