When the Global Poker League (GPL) returned to action on Tuesday after a two-month break, it was Jason Mercier of the New York Rounders who proved to be the day’s top performer. 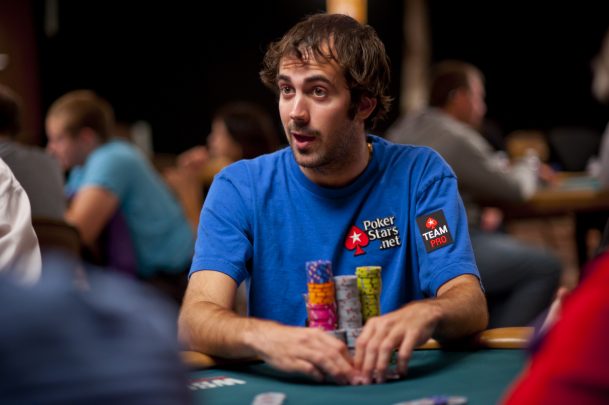 Jason Mercier was the star of the Global Poker League during Tuesday’s action, continuing a stellar year all around.  (Image: pokerground.com)

Competing in a pair of 6-max online matches, the 2015 WSOP Player of the Year picked up five points for his team in his first match for 2nd place. He then won the second match for seven points. Mercier’s 12 total points helped spark New York into a 3rd place tie with the Sao Paulo Mets in the GPL Americas Conference.

But like many GPL players, Jason’s main focus wasn’t on the league matches. He was also busy playing poker for money.

“Got 1st and 2nd in my GPL 6 max matches while 3 tabling 2/400 mixed on @pokerstars and grinding #WCOOP events,” the Floridian posted on Twiter.

There’s no rule against GPL players competing in other poker games during league play. Players are paid a salary instead of winning money based on performance in each match. Many have questioned the motivation of the competitors in the GPL. Mercier clearly didn’t have a problem being motivated, despite also focusing on other games.

Ho and Kaverman Pull Their Weight

Motivation wasn’t a problem for Maria Ho or Byron Kaverman either. Ho, the team manager of the LA Sunset, won the first 6-max match and finished 3rd in the second one for 10 points. Kavernman scored eight points for 2nd and 3rd place finishes.

It wasn’t a good day for Xian Liu of the Montreal Nationals, Scott Ball of the Las Vegas Moneymakers, or Kitty Kuo of the San Francisco Rush. These three scored just a total of two points each on Tuesday. Luckily for Liu, Montreal remains atop the standings. But Las Vegas and San Francisco desperately needed to get off to a better start to the second half of the GPL season.

Ball was inserted into Las Vegas’ lineup due to Anthony Zinno advancing to Day Two of the WPT Borgata Poker Open in Atlantic City. Unfortunately for Zinno, he busted on Tuesday, just shy of the money bubble.

Global Poker League 6-max action resumed on Wednesday with the GPL Eurasia Conference teams competing. The Moscow Wolverines began the second half of the season in first place with 130 points. In second place, the London Royals and Hong Kong Stars are tied with 113. The Berlin Bears were in last place with 100.

Heads-up matches will take place on Thursday. One competitor from each team will play heads-up against a competitor from another team. Regular season play continues until November 29, when the playoffs begin in Las Vegas.