And the king has fallen.

Jason Koon Wednesday night put Phil Hellmuth in a blender and hit pulverize on “High Stakes Duel III” in a heads-up match worth $1.6 million. It was only Hellmuth’s second loss on the PokerGO show, now in its third season, and sends the 16-time World Series of Poker champ to the rail to ponder a very tough decision. 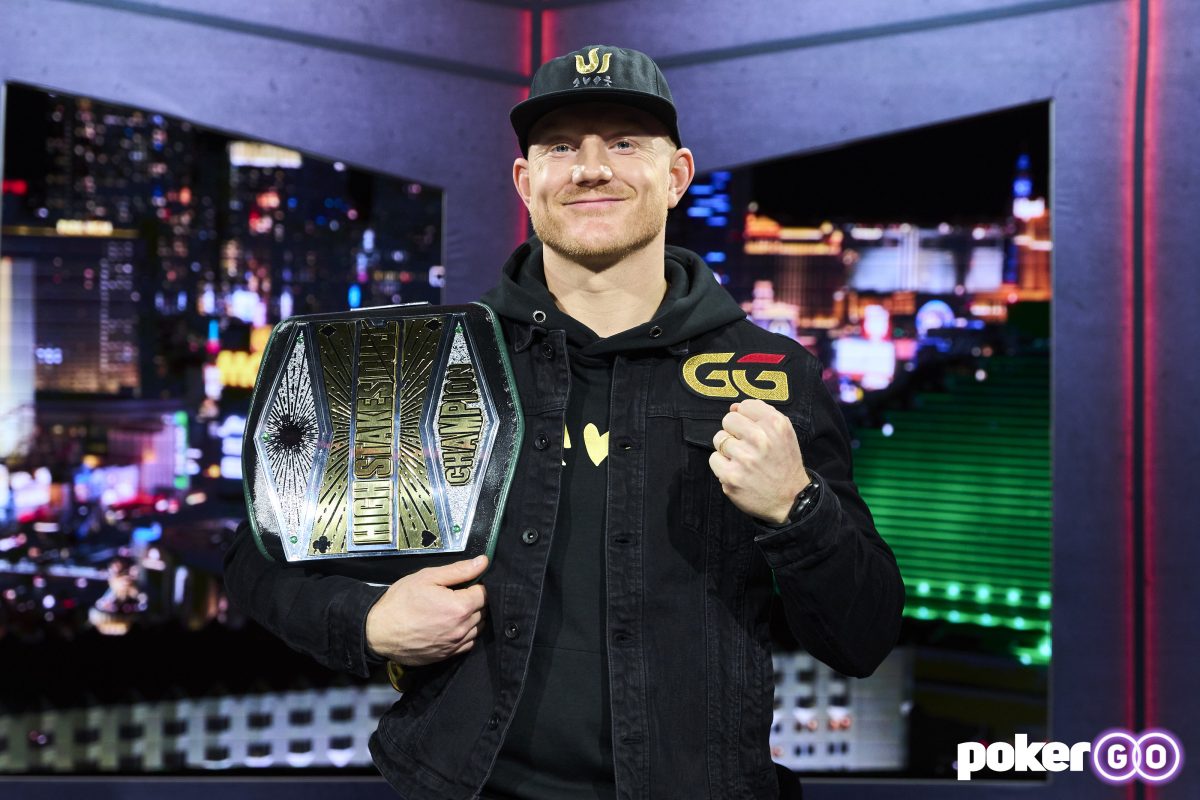 Koon, who put up $800K for the privilege of facing the Poker Hall of Famer, now possesses the “High Stakes Duel” championship belt, but has to wait up to 30 days to find out if Hellmuth will step up with the $1.6 million required to stay in the made-for-TV contest.

If Hellmuth says no, any high-roller can challenge Koon as long as they’ve got the money. If no one makes a challenge, the money is Koon’s.

If Hellmuth or someone else makes the challenge, the match would be worth $3.2 million. If Koon would win, the money is his. If he loses, the 30-day clock resets, and the new winner would have to wait to see if a high roller will fire a $3.2 million bullet.

Stopped in his tracks

If Hellmuth came out on top last night, he would have three-peated as champion and taken home the $1.6 million because he just needed one more win to be able to walk away.

Instead, he chalked up his second loss, both of which came this year. His first happened in the $100K buy-in round against Tom Dwan. Hellmuth is now 9-2 on “High Stakes Duel” after going 6-0 coming into this season.

After his first loss, he immediately challenged Dwan to a $200K rematch, which he won.

Dwan backed out of the contest after first agreeing to the $400K buy-in rematch. That’s when Scott Seiver entered the picture. He brought good grace along with his $400K, but walked out of the PokerGO studios at the Aria flustered after a Hellmuth bluff swung the momentum of the match.

Koon stepped up and challenged Hellmuth in August after Seiver withdrew his challenge for “personal reasons.” It took until December 7, for the two to finally meet up.

‘What are you doing, Philly?’

Hellmuth and Koon spent about an hour pushing chips back and forth to each other before a Hellmuth misread turned the match. Hellmuth had a slight lead with 825K chips to Koon’s stack of 770K. Blinds were 1,500/3,000.

Hellmuth, who was first to act, limped in with Q-6 off-suit. Koon immediately popped it to 10,500 because he had two black aces in front of him. Then Hellmuth did what anybody with pocket rockets hopes happens: he put in a big re-raise to 32K.

Instead of flat-calling, Koon four-bet to 120K.

Then Hellmuth, with only a few moments of hesitation, re-raised to 260K, creating a 360K chip pot. Koon sat for about 30 seconds before pushing all in, making Hellmuth snap-fold and lighting the fuse on a minor self-directed tirade.

“What are you doing, Philly,” Hellmuth said to himself while pacing the space behind his chair. “That was a bad time. Just let him give you the fucking money.”

The final hand was a cooler for Hellmuth. Holding A-K and about 100K in chips, he pushed all in. Koon called with Q-8, and a queen on the flop ended Hellmuth’s chance at walking away with $1.6 million.

Koon, who sported a GGPoker jacket as its ambassador, marveled at the ease of the match and admitted that luck may have been on his side.

“I had great hands,” Koon told PokerGO. “Even the hands I bluffed with, almost all of them kind of presented themselves in a natural way, so it was just one of those days where almost anybody in my seat is going to win.”

Now, however, Koon must wait to see if he can collect.

We're seeking our next challenger for High Stakes Duel 3 Round 6!

The rules are simple:

▫️ Must post $1.6M within 30 days to challenge @JasonKoon.
▫️ Must win back-to-back matches in order to cash out.

The clock to find a new challenger is ticking.

Who will step forward? pic.twitter.com/vCWicdqcJh