The World Series of Poker Circuit wrapped up its last stop of the year this week at the Bicycle Casino and Hotel. The $1,675 Main Event drew 687 runners, which created a $1,024,000 prize pool, and it was SHRPO Ambassador Jared Jaffee who emerged victorious to win $211,220, his first gold ring, and a seat into the 2018 Global Casino Championship. 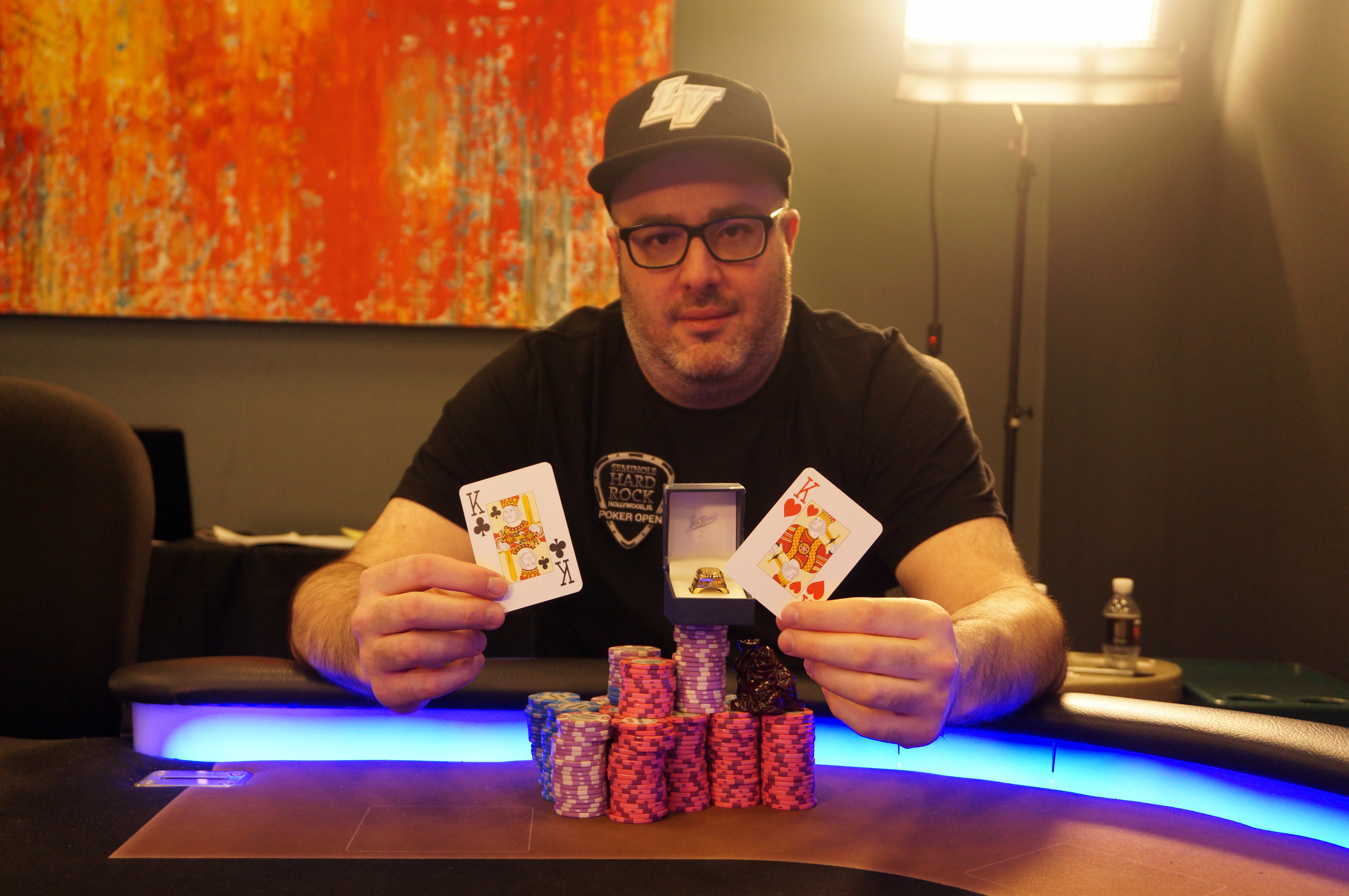 Jared Jaffee was having the worst year of his career, but he turned it around this week by taking down the WSOP Circuit Bicycle Casino Main Event for his first ring. (Image: WSOP)

Luck of the Buddha

To win the ring, Jaffee credited his good friend Sam Panzica, who recently brought him a special souvenir back from Asia.

“I was registering the six-max at Five Diamond and he gave me this lucky Buddha card protector,” Jaffee told WSOP officials. “Then I won the six-max and then I went pretty deep in the main and then I came here and won this.”

“I would say that it’s probably not me. It’s the luck from the Sam Panzica Asian souvenir experience.”

“The year has actually been kind of stressful,” said Jaffee. “This has actually been my worst year of poker in like the last seven or eight years … So, I had a bunch of losing months in a row and it turned into a losing year. That made it tough, but this helps, and it feels like the momentum is shifting and I’m looking forward to 2018.”

Speaking of Liu, he ran away with the Casino Champion title after cashing in four events and making four final tables. That included winning his third ring in Event #8: $365 No-Limit Hold’em Turbo for $12,585, and finishing fifth in the Main Event for $53,740. Like Jaffee, he received a free seat into next year’s Global Casino Championship.

The WSOP Circuit returns in 2018 with their latest stop at Oklahoma’s Choctaw Durant, which runs from January 3-15.