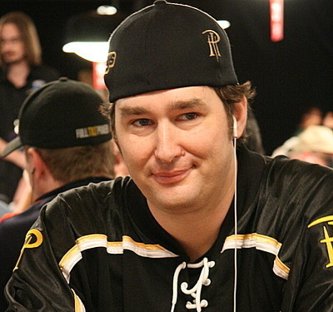 Super Tuesday with the poker pros: Phil Hellmuth says Donald Trump has changed the game of politics and typical poker strategies may not be effective on the GOP frontrunner. (Image: thatpokerguywordpress.com)

Super Tuesday held the whole world’s attention yesterday, and so mesmerizing has the race to the White House become that top poker pros have taken to armchair grandstanding about it all.

In fact, mainstream news media this week came seeking the opinions of famous poker players to help them figure out these presidential primaries.

First up was former WSOP champ Jamie Gold, of all people, on Fox News, of all places. This is what having a good agent in show business will get you, folks.

Billed as an “expert odds analyst,” Gold had been booked to explain how betting markets are usually able to predict the outcome of political events far more accurately than the pollsters.

“When people are betting real money, they are actually going to vote for whoever they really bet on,” explained Gold. “The betting line and odds have, historically, been a much better indicator of who is going to win.”

This is true, although the segment then proclaimed Hillary Clinton to be a resounding favorite, based on sports betting markets in Europe, which of course are used by people who can’t actually vote in the US elections.

In fact, the only place where Americans can legally engage with bookmakers is the sports books of Las Vegas, and since Nevada outlaws betting on election results, we’re not sure that this news segment was entirely useful, but it was definitely entertaining, as you can see in the Fox News segment below.

Never mind, though, because next up financial news website The Street charged Phil Hellmuth, a man who’s been known to read people’s souls, with the task of figuring out “how to stop Donald Trump.”

Hellmuth, who said he follows politics, but has no particular affiliation, characterized Trump as the ultimate loose-aggressive player.

“When you’re playing against a loose-aggressive player, think of a harpoon,” explained Hellmuth. “You nail them with a harpoon, on one big pot for all their chips. They’re a big target and Trump is a big target.

“He’s playing many weak hands, so you’d expect him to get harpooned a lot,” said the Poker Brat, warming to his theme. “The problem is you’ve harpooned Trump five times and he’s so smart, he’s so resilient, he has so much style, he’s changed the rules of poker.”

And there you have it. Rubio and Cruz have had their harpoons at the ready, and have been stabbing at Trump daily of late. But the Big Whale is still ruling the ocean, so Hellmuth is spot on in his afterthoughts.

One poker player who you sense might be looking to get his hands on an anti-Trump harpoon is Barry Greenstein, who revealed himself to be the opposite of a fan in an interview with PokerListings this week.

Greenstein does not mince his words, describing the property tycoon as “an American Kim Jong Un.”

He also relates a story of actually meeting The Donald ten years ago at the Trump National Golf Course and being left with a distinctly unfavorable impression.

“I was talking to the manager of the golf course who was a big poker fan,” recalls Greenstein. “Trump walks over to us and points at the blue and pink flowers next to the course. ‘More blue flowers,’ he said to the manager. ‘Take out some of the pink flowers.’ Then he walked away and the manager says to me: ‘Last time he was here, he wanted more pink flowers.’

“I thought Trump was senile on that day and here we are, 10 years … later, and he’s running for president.”

In the spirit of political impartiality, we should add that many of the other candidates have been called out for similar mental challenges.