James Holzhauer was once an online poker pro like many others in our community. Now he’s a trivia game show superstar, and he dominated the competition on the Jeopardy “Greatest of All-Time” second day match Wednesday, evening up the tournament with Ken Jennings at one win a piece. 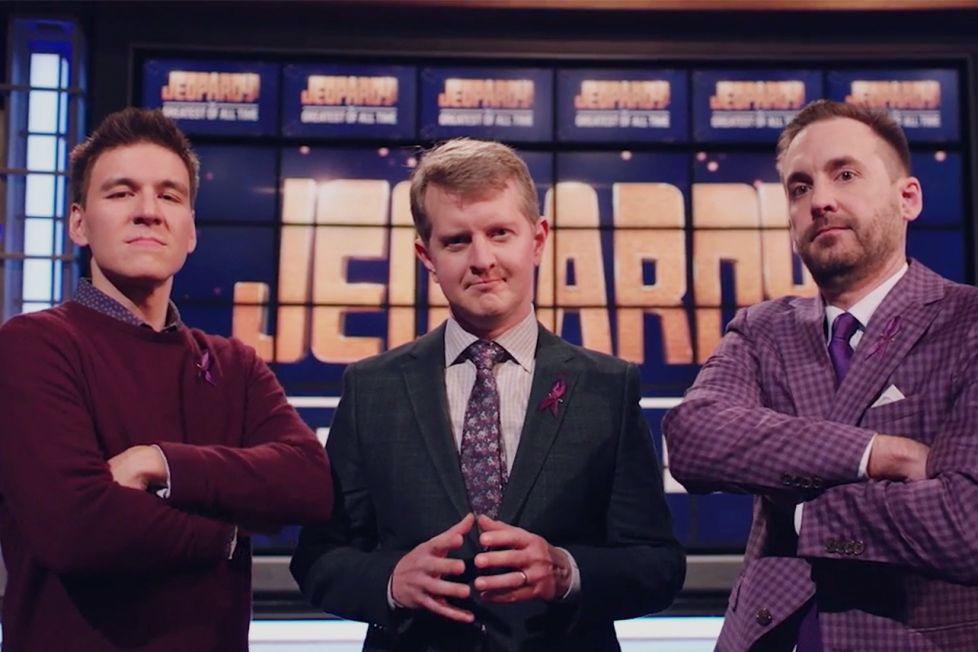 For the second straight night, Brad Rutter — the third competitor — struggled to keep pace. He struggled so much that, in the second round of Wednesday’s two-game match, he was ineligible for Final Jeopardy due to having a negative score.

But Rutter is no chopped liver. Along with Holzhauer and Jennings, he’s among the best Jeopardy contestants in history. His $4,688,438 in lifetime winnings is best all-time, ahead of Jennings ($3,370,700).

On this night, however, Rutter was simply no match for the other two contestants. After finishing in third place on Tuesday — the tournament’s first episode — many are wondering if he can hang with the stiff competition. The Jeopardy GOAT tournament is a best-of-three contest. The first player to win three matches, wins the $1 million prize. A $250,000 consolation prize will be awarded to both runners-up.

Holzhauer Starts Off With a Bang

The hour-long second match on Wednesday night was a dominated by Holzhauer. During the first game — players compete in two games per match and the player who accumulates the most points for the day wins the match — he entered the Final Jeopardy round with a sizable lead over Jennings (32,400 to 22,000). Rutter was far back in third place at 7,200.

All three players correctly answered the Final Jeopardy question, which assured Rutter of a third-place finish. He wagered his entire stack to double-up to 14,400, but would enter the second-round game in a deep hole.

Jeopardy James Puts Them Away

With the score so close between two players — Holzhauer and Jennings — everyone watching knew the second game would be intense. And they were correct.

It all came down to Final Jeopardy again, but since Rutter was ineligible because he had no points, he was officially eliminated from winning the match.

Jennings’ final answer was incorrect, but he only wagered 3,800, dropping his overall total for the day to 57,400. Holzhauer, as per usual, wrote down the right answer and added 13,300 to his score, finishing the match with 82,414 points, far and away the highest score.

Going into game three, Jennings and Holzhauer are all knotted up at a game a piece. Match 3 takes place at 8 pm ET. Check your local television listings for details.