The sixth edition of Jason Somerville’s Run It Up Reno wrapped up at the Peppermill Resort & Casino on Monday after hosting 15 events over eight days. It proved an especially good week for Twitch streamer Jaimie Staples, who not only won his $150K weight loss bet but also made a bunch of money playing poker. 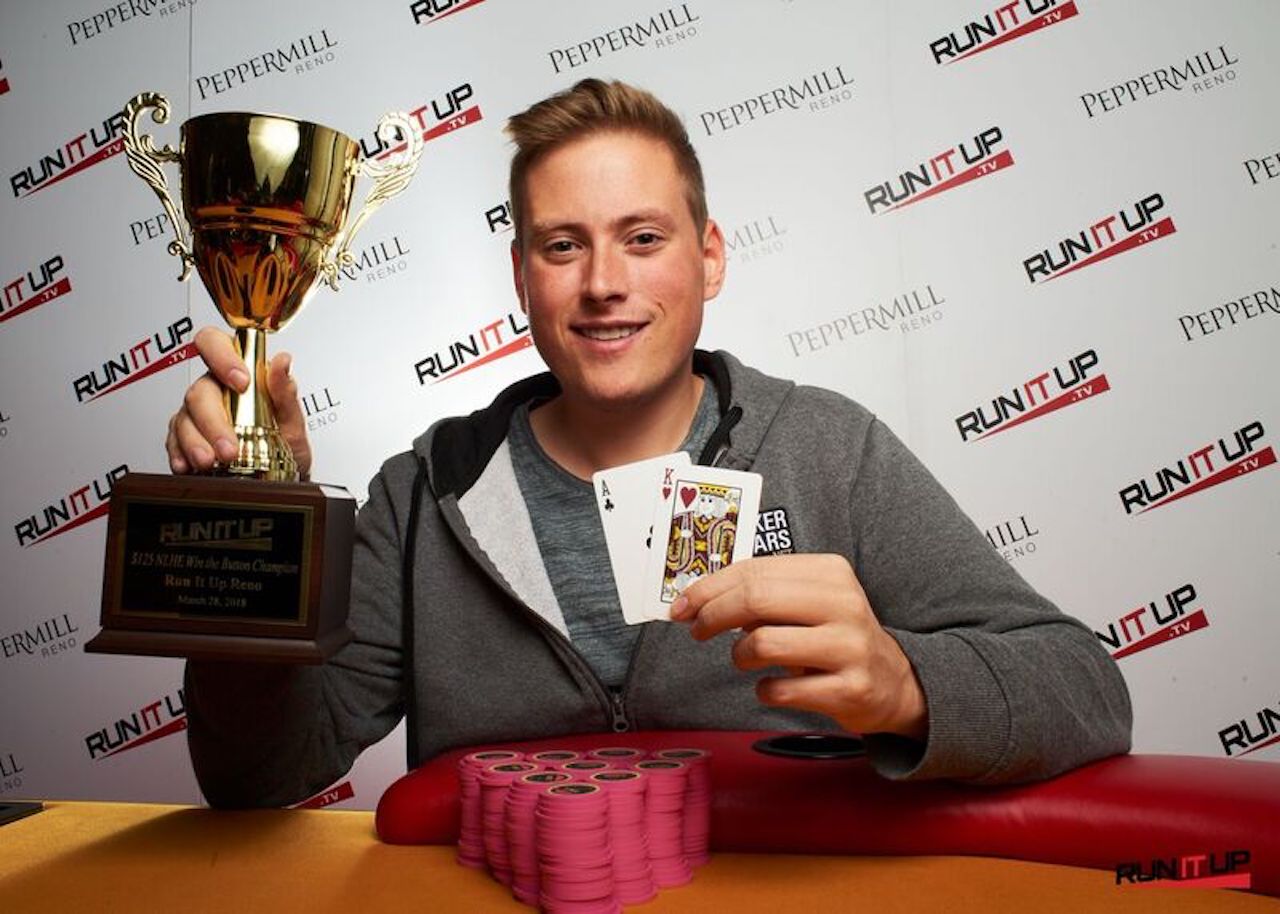 Jaime Staples had one of the best weeks of his life during Run It Up Reno after winning nearly $200K between poker and his highly publicized weight loss bet. (Image: RIU Reno) 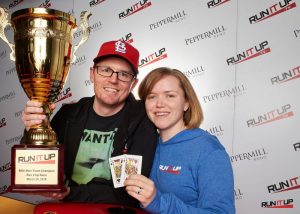 In the end, the title came down to DJ Fenton and Paul Sampson with the latter at one point holding an 11-to-1 chip lead. Still, Fenton battled back and managed to seize the lead. In the final hand of the tournament, which took place in Level 30 (80,000/160,000/20,000), Fenton raised the button holding the J♥J♠ and Sampson defended with the 6♦5♠.

When the flop came down 8♠5♦2♦, Sampson got his last 4.5 million in and was looking to improve. The 8♥ turn left Sampson looking for a six on the river, but it was not meant to be as the 7♦ bricked. Sampson had to settle for second place and a $38,770 consolation prize.

“A lot of the people here are like ‘Oh yeah, he streams, he vlogs, he’s a pro, he’s an online pro.’ I’m not in the scene, I don’t know most of the people, you know? But yeah, I’m in the scene now,” said Fenton, an Illinois native who has only been playing live poker since August.

Fenton, who is stationed at the Beale Air Force Base in Marysville, California along with his wife, earned $56,200 for the win, far ahead of his previous best score of $1,800.

RIU Warriors Out in Force

There was more than a dozen Run It Up Reno side events throughout the week, and Staples managed to capture one. He bested a field of 232 entries to win Event #6: $125 Win the Button for $5,100 while streaming it all start to finish.

“I don’t think this has been done before,” Staples told officials after the win. “I think this is a first for poker, from a first-person perspective anyway.”

“It’s obviously not going to work at every venue, but here at Run It Up Reno, it’s based around streaming. We are able to stream the events and it’s a lot of fun. It gives a different angle at what playing poker is like.”

The biggest buy-in of the series was the $1,100 Thursday Thrilla, which offered $500 bounties. Jimmy Cappucci set a RIU Reno record in that tournament by winning an unprecedented fourth title. He defeated a field of 129 entries to win $18,680 plus untallied bounties, which made him one of the most profitable players in series history. 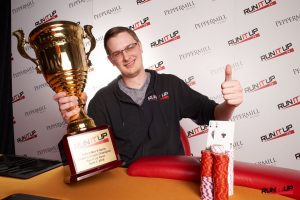 “This is the funnest. It’s great,” said Cappucci. “It’s a $1K. It’s probably one of the hardest $1K’s that runs live. Period. But it’s still just the funnest one, so it doesn’t really matter. I love it. I’m a big fan.”

Another highlight took place on Easter Sunday when Kevin Gerhart finally scored his first RIU Reno win after five visits to the series. He outlasted 44 other entrants in Event #12: $550 6-Max 8-Game Dealer’s Choice to win $7,165.

“Finally. I’ve fired so many bullets into these things,” said Gerhart, who defeated poker media member Brent Harrington in heads-up play. “Played all the tournaments for the last five [RIU] Reno’s and it’s finally come true. I guess it’s just fitting that I hit it in a mixed tournament instead of a no-limit tournament.”

RIU Reno will return to the Peppermill Resort & Casino for its seventh edition Oct. 19-29.

Here’s a look at all those who won titles at the latest Run It Up Reno:

man he has lost a ton of weight, good for him. to bad it takes 150k for him to get on it lol

these are the best new ones that we can hear every day for the winners because every day to get there is not something simple … I wish one day to get to his place !!