“If you set your mind to it, you can accomplish anything.” Cliché or not, that’s a statement brothers Matt and Jaime Staples can attest to after winning a year-long $150,000 weight-loss prop bet in which the two extremely differently sized online poker players had to get to within one pound of each other’s weight by March 25. 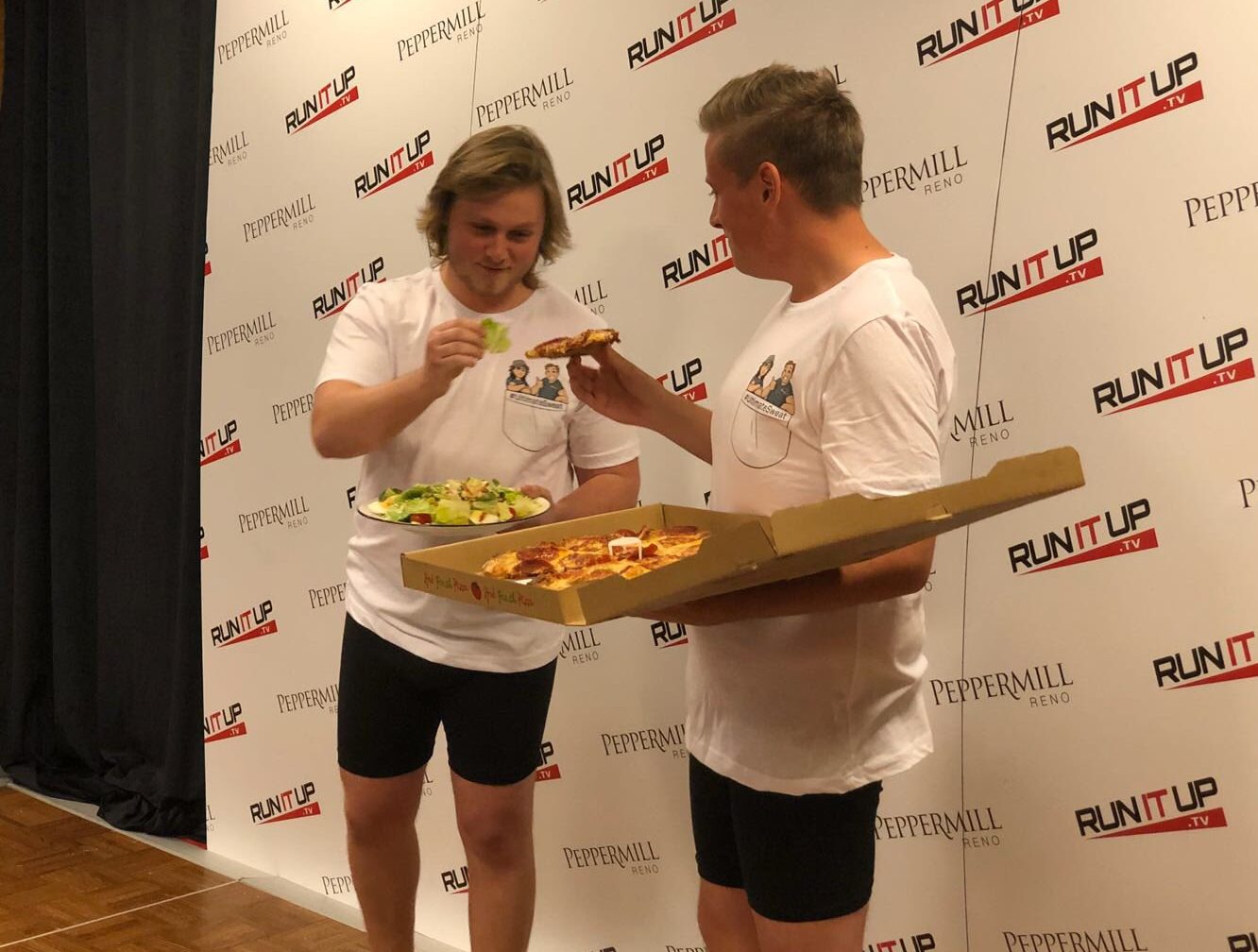 A year ago, an admittedly too-large Jaime, 26, weighed in at 305 lbs., dwarfing his younger brother, who started the bet at a slight 134 lbs.

Hedge fund manager and notorious high-stakes prop bettor Bill Perkins offered the Twitch streamers 50-1 odds on a $3,000 bet that they couldn’t get to within one pound of each other’s weight within a year.

Few would turn down a 50-1 proposition especially when the bet encourages the participants to live a healthier lifestyle. But the deck appeared to be stacked against the Staples brothers. They needed to close a 171-pound gap in just 365 days.

Still, they didn’t have much to lose — except weight, in Jaime’s case — and a small WSOP tournament buy-in each. Low risk, high reward. And, in a sense, they were guaranteed winners simply by focusing on getting in shape and being healthy.

Imagine being all-in heads-up for a major poker tournament title with top pair against a flush draw. That’s how it must have felt to the Staples brothers on Sunday when they weighed in at the Peppermill Casino in Reno, Nevada, knowing the scale they were about to step onto would determine if they were going to be $150,000 richer or not.

Jeff Gross, who along with Jaime is a PokerStars ambassador and friend of Perkins, officiated the proceedings to ensure the weigh-in was legit.

Matt Staples was up first and weighed in at 188.3 pounds, 54 pounds above his starting weight. The moment of truth came next when Jaime, who began this journey at an unhealthy 305 pounds, stepped onto the scale and matched his brother’s weight…exactly. They did it.

Matt and Jaime livestreamed the build-up to the weigh-in on Twitch, and more than 10,000 people watched. (See the video below.) Their personal trainer Mike Vacanti was in attendance and has been vlogging the final days of their training on YouTube.

Credit Where Credit is Due

Many in the poker community sent congratulations to the prop bet winning brothers on social media, and also to Perkins for encouraging the online poker pros to get in shape.

“Congratulations on your progress so far and a life long journey of health and fitness oh and also on winning a 150 Bananas,” Perkins wrote.

“We did it. We won the ultimatesweat bet and 150k. I feel so surreal right now,” a jubilant Jaime Staples posted on Twitter.

Vacanti said he was “so proud” of the brothers he mentored and helped change their lives. He explained the method Jaime used to lose so much weight in just one year.

Jaime didn’t do a Cleanse

@jaimestaples lost 112+ pounds in one year by:

1) Eating in a calorie deficit

So, there you have it, folks. If you need to lose weight, contact Mike Vacanti. If you want to get rich by losing weight, hit up Bill Perkins. He has as much money to burn as you have calories.

I’m very happy for Jaime, not so much for the money they earn but for their health, when you want you can, and many of us forget some important things when we get into the poker world, so guys do exercises hehehe

Always enjoy to see these before/after photos that show how strong humans are, and their immense willpower once they set their minds onto something. In this case there was a bit (lol) bigger reason for motivation to achieve the goal, but still that’s impressive result, great job Jamie! Hopefully he’ll continue and won’t comeback to his old habits.

PS. He has as much money to burn as you have calories – LOL