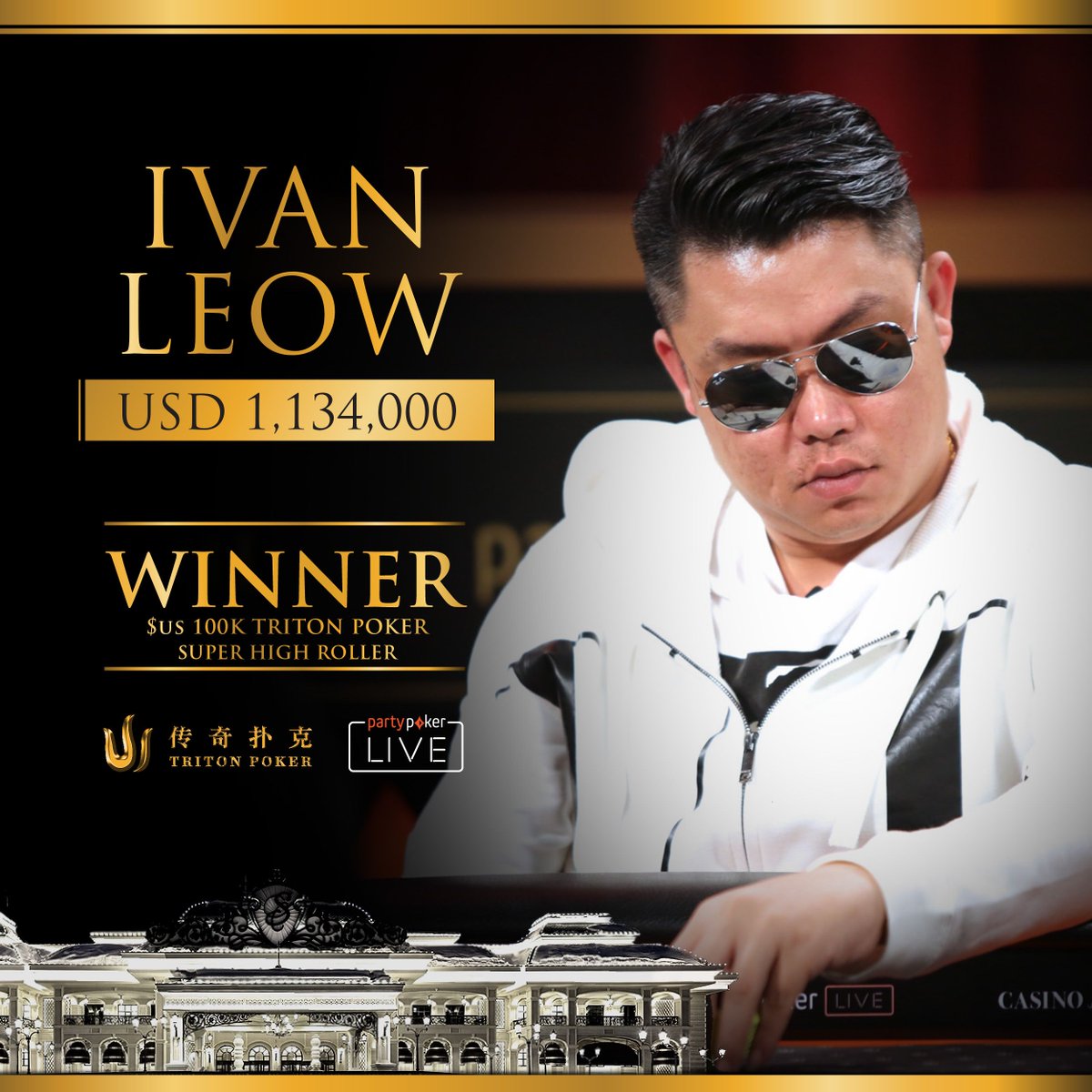 Despite the majority of poker’s new breed of high roller coming from the Chinese business world, the Triton Poker Series is starting to unearth talent in other countries in the region.

The latest player to step into the spotlight is Leow, from Malaysia, after beating Abraham Passet in the final of the $100,000 super high roller in Sochi.

After outlasting the likes of Phil Ivey, Paul Phua, and Manig Loeser, the Triton regular held a commanding chip lead over Passet at the start of their heads-up showdown. As the chips began to fly, the deficit proved too much for the German and his fate was eventually sealed with queen-jack.

After flopping two pair, Passet moved his chips all in on the turn with Leow holding a pair of aces and a straight draw. Despite being the underdog, a ten on the river gave the Malaysian pro a better two pair and another Triton Poker title to go along with the one he picked up in South Korea last month.

Beyond giving Leow his fifth $1 million+ win, the Triton Poker Series is doing an effective job of attracting new talent to the tables while keeping veterans satisfied. In a recent interview, Tom Dwan said that he mainly limits himself to Triton high roller events because the atmosphere is better.

Alongside Dwan, Ivey, Patrick Antonius, and Germany’s top players are all regulars on the emerging tour. What’s more, the brand’s reputation in Asia is helping to increase participation in countries not traditionally linked to poker.

In addition to Malaysian pros such as Leow breaking through, players from China, South Korea, and the Philippines are also finding success at the felt.

Ever since the US market was hit by online poker restrictions, operators have been looking to emerging markets for salvation. Although India is often touted as the next growth region, conflicting legal opinions have hampered growth in recent years.

In contrast, certain parts of Asia have embraced poker in a much broader way. From this, Triton Poker has established itself as the go-to brand for players in the region. This, in turn, is encouraging them to compete in Europe and North America, something that’s helping to boost the poker economy at all levels.

I watched the opposition in the online broadcast, sincerely congratulate Ivan on his victory

I had never heard of it, congratulations on the prize, and have surpassed the best in the world. Now it remains to know what he will do with 1 million?