Italy Looks To International Pool Sharing To Save Strangled Market 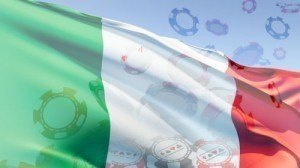 Italy’s online poker market is in desperate need of change. Could a new European compact be in the cards? (Image: Durocher.org)

Italy may open up its online poker operations to international player pooling as part of new online gambling reforms.

The Delega Fiscale (delegation tax) law is looking at ways to revive the country’s stunted online poker market, such as fixing taxes for operators at 20 percent on gross gaming revenue for tournaments, rather than the existing 20 percent on profits.

This week it emerged that pool-sharing was also high on the agenda.

The self-asphyxiated Italian online poker market has been ailing ever since 2010 when it chose to regulate and ring-fence, limiting the player pools to residents within the country, and establishing a punitive tax regime that stymied the market.

Ring-fencing was all the rage at the time in Europe.

Italy followed France’s lead that year, and Denmark and Spain adopted a similar model a year later. High taxes forced operators to hike up the rake and curtail bonuses.

Italy had first opened up its online gaming market in 2008, but, unfathomably, only permitted tournament poker.

Italians would have to wait until 2011 before the theoretically more profitable online cash game tables became available, by which time player pools were stifled by the newly established “dot.it” regime.

And while online poker is facing a downturn globally, the Italian market is feeling it more sharply; gross gaming revenue dropped by 20 percent in 2014 and the news of a new player pool sharing initiative cannot some soon enough.

Italy has been here before. In 2012 shared liquidity talks were held between the Italian, French and Spanish regulators. The proposal was ultimately rejected by a blinkered French government on the grounds that poker had simply “gone out of fashion.”

But the fact remains that all of the ring-fenced European nations are suffering and renegotiations of a compact between Italy, Spain and France would be a huge collective benefit to both those markets.

“The actual terms of such sharing liquidity are still uncertain and will depend on the negotiations between Italy and other countries,” said gaming lawyer Giulio Coraggio. “Also, it is unclear how technical integration among platforms working under different rules and technical requirements will operate.

“The online poker market is facing considerable difficulties worldwide and in countries like Italy, Spain, and France the impact of such crisis might be even higher given that they are closed loop markets,” he added. “But if poker international sharing liquidity will be allowed, the scenario might considerably change.”