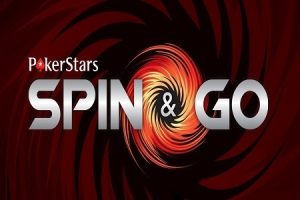 The popularity of PokerStars’ Spin & Go tournaments may be responsible for the relative health of tournament revenues in Italy when compared to cash games. (Image: PokerStars)

Of the segregated online poker markets in Europe, Italy’s might appear to be doing the best, at least at a first glance: after all, PokerStars.it is the largest ring-fenced poker site in the world, with an average of about 1,300 Italians playing cash games on the site at any given time.

But a closer look at the numbers coming out of Italy tell a different story, one where some aspects of the online poker economy are doing much better than others.

According to a report by Poker Industry Pro, figures from Italian gambling regulator AAMS show that revenues in online cash games are down nearly 24 percent so far in 2015 when compared to the first eight months of last year.

In contrast, online tournament play is going through a relative boom: not only have revenues not fallen for tournament players, but they’re actually up a bit, rising by 1.3 percent so far this year.

The split fortunes for tournaments and cash games may have a lot to do with one particular type of game: the Spin and Go tournaments on PokerStars.

As in many other markets, the lottery style, rapid-fire tournaments have proven popular, drawing traffic away from more traditional forms of poker.

As a result, Italy’s online poker sites now draw nearly as much of their revenue from tournaments as they do from cash games. Tournaments have brought in €48.2 million ($54.4 million) so far this year, compared to €56.5 million ($63.7 million) for cash games.

There are also some bright spots for the Italian market as we move towards the autumn months.

While cash game traffic was down consistently throughout the summer, players have been flocking back to the virtual felt over the past month, with traffic up more than 32 percent since August 15.

Once again, the answer to why this is happening might lie with PokerStars.

The online poker leader has been engaged in an aggressive marketing campaign featuring soccer stars Neymar Jr. and Cristiano Ronaldo, one that has appeared to be particularly effective in Italy.

Still, overall online poker revenues are down this year, part of a decline that has now lasted for four years in Italy.

And while the sites are in no danger of drying up anytime soon, many in Italy would still like to see changes to reverse the trend and make the overall market healthier.

One persistent idea is for Italy to engage in pacts with other regulated markets, such as European neighbors like France and Spain, in order to create more liquidity at their poker sites.

“The online poker market is facing considerable difficulties worldwide and in countries like Italy, Spain, and France the impact of such crisis might even be higher given that they are closed loop markets,” gaming lawyer Giulio Coraggio said in June. “But if international liquidity sharing will be allowed, the scenario might change considerably.”

Outside of poker, news in Italy’s online gambling market is mixed. While Internet bingo has also struggled this year, online casino revenues are up more than 27 percent so far in 2015.