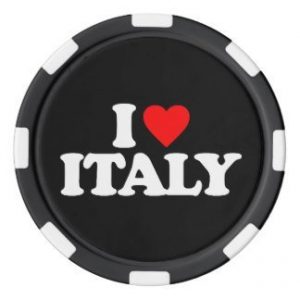 The Italian online poker market is still stuck in a rut, according to figures just released by AAMS, the country’s official online gaming regulator.

While online casino and sports betting were up, in line with the general trend of growth for those two verticals in the ring-fenced European markets, online poker was down again.

Revenue for online cash games has been spotty since Italy legalized in 2011, but the concern is that tournament poker, which has generally remained comparatively healthy, is also down.

Italy initially opened up its online gaming market in 2008, but permitted only tournament poker.

Italians would have to wait until 2011 before online cash game tables became an option in the regulated market, but counterintuitively the new “dot.it” regime ring-fenced player pools, stifling the games it had just legalized.

Today, Italy’s gambling laws remain in a state of uncertainty.

A push to invigorate the Italian market by applying a 20 percent tax on gross profit rather than gross gambling revenue appears to have stalled, and meanwhile proposals to impose a new tax on digital services are gathering pace.

Italy’s liberalization of its gambling laws has induced a conservative backlash from politicians who are affronted by the amount of gambling advertising they are seeing on their televisions.

A bill that would effectively ban all forms of gambling advertising is currently winging its way through the Italian parliament and could heap further misery on the country’s underperforming online poker market.

Italian gaming law expert Valérie Peano recently told iGaming Business that this bill could spell disaster for Italy’s regulated online gaming industry, which is already stymied by the high taxes that make it difficult to compete with the unlicensed market.

“The EU Commission [has] recognized expressly that commercial communication of online gambling services can play an important role in ‘directing consumers to the regulated offer.’ ”