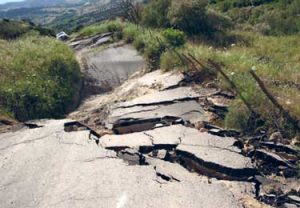 According to the results, May saw the size of the online poker market grow by 7.7 percent in May thanks to €6.1 million ($6.9 million) in tournament rake.

In overall terms, the Italian online poker economy has generated €38.4 million ($43.5 million) between January 2016 and May 2016, but the bulk of this money has come from tournaments.

Despite the latest round of results revealing some positive news for the MTT economy, rake from cash games hasn’t been so impressive.

Although players are clamoring to play MTTs and lottery-style spin and go tournaments, cash game revenue fell by 9.6 percent to €5.9 million ($6.6 million) in May.

That decline is just part of an ongoing downswing for the cash game economy and with year-to-date revenue dropping by 15.7 percent.

As seems to be customary with the Italian online gambling market, a drop in one area often signals and increase in another and the casino sector continued this trend in May.

Casino Takings on the Up

Like poker tournament revenue, online casino takings were up by 30.3 percent in May; an increase which helps take the country’s 2016 online casino revenue up to €175 million ($198 million), which is a 35.6 percent improvement on the same period in 2015.

However, with news that the French Senate is now exploring the possibility of liquidity sharing with countries such as Italy, there’s a chance both countries could see improved fortunes in the coming months.

Although a solid player pool sharing pact between Italy and France is a long way away, the general consensus among poker players and insiders in Europe is that some sort of deal is necessary.

A lack of liquidity, ring-fenced games, and high taxation have meant that both Italy and France have struggled in comparison to European countries such as the UK which has taken a more liberal approach to regulation.

Player pool sharing could help to ease the burden on both, but the route to any sort of agreement is likely to be a long and complex process.