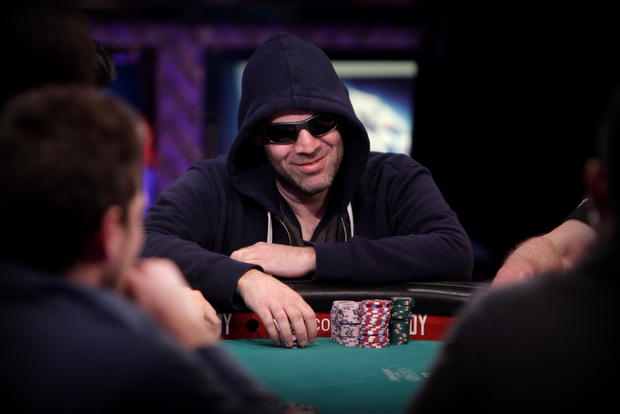 Zvi Stern of Israel enters the final table of the WSOP Main Event with 29,800,000 chips, good for second best. If that name doesn’t ring a bell, you need not question pop culture trivia skills.

Stern isn’t a household name because, prior to the Main Event and his November Nine status, he hadn’t won too much that anyone was super familiar with in poker.

When play resumes on November 8th at the Rio in Las Vegas, Zvi will look to use his relative anonymity to his advantage. Other November Niners, such as Joe McKeehen and Max Steinberg, are better-known players, making it easier to predict their style of play.

On the other hand, Stern’s style may not be discovered until the cards are already in the air. And with the 4-month break from the final table, he will have had ample time to prepare some surprise moves that could throw the other players off. But that remains to be seen.

Stern finished 34th at the 2015 PCA at Paradise Island in a $24,000 buy-in high roller event, picking up just shy of $45,000. His tournament career dates back to 2006 and includes 6 WSOP cashes plus a WPT cash. But he has no prior 1st place finishes as he sits down for this event.

Prior success isn’t always an indicator of performance at the WSOP Main Event final table, of course. For example, 2003 champ Chris Moneymaker was an inexperienced player. The 2012 winner, Greg Merson, had exactly zero wins prior to that year’s World Series of Poker.

Despite having no previous huge scores, the former software engineer does have extensive experience playing poker. His playing days began as a teenager, and now, at the age of 36, Stern frequents casinos all over the globe to polish his game.

Israel on His Side

Hailing from Tel Aviv, Stern will certainly have his home country on his side, including legendary poker pro and fellow Israeli, Eli Elezra.

Poker is a popular game in Israel, despite strict government restrictions that make it difficult for citizens to play online. Home games and trips to foreign countries are the most common ways Israelis hit the felt.

Stern will look to become the first-ever of his countrymen to win the WSOP Main Event. However, he isn’t the first November Niner to hail from Israel. In 2013, Amir Lehovat made his fellow citizens proud with his 3rd place finish, cashing in a cool $3.7 million.

Zvi Stern will have some work to do in order to match Lehovat’s accomplishment. He will have the advantage of playing with a big stack, but that can change for the worse in just one hand. Or, he could double up through chip leader Joe McKeehen in a single hand and become the favorite. The poker world, especially fans in Israel, will be watching closely as the November Nine plays out to see if this time he can finish first.

Editor’s Note: This profile of a WSOP 2015 November Niner is one in a series we are doing leading up to the start of the three-day event on ESPN. Be sure to check out our other player profiles, and follow us as we cover the exciting play, beginning Nov. 8th.

“Stern frequents casinos all over the globe to polish his game.”

From what I’ve seen there’s really a lot to polish….talking bout a lucktard….

“He will have the advantage of playing with a big stack, but that can change for the worse in just one hand.”

^Fingers crossed for that possibility. Hope he busts 9th for that long flight home.