Isaac Haxton finally closed one out. After coming close numerous times in major events, “Hollywood” got over the hump Wednesday in the $300,000 buy-in Super High Roller Bowl, winning it for $3.67 million. 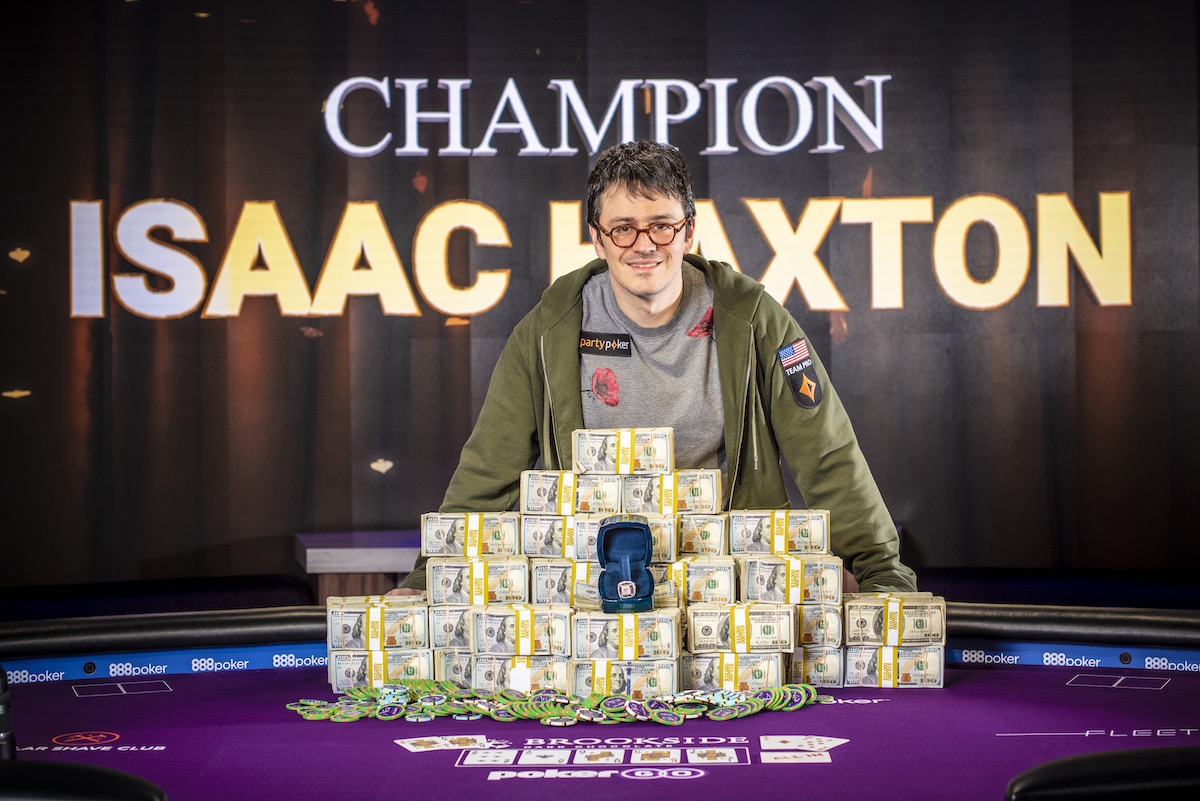 Ike made quick work of his heads-up opponent Alex Foxen. And it was a bit surprising the match wasn’t lengthy given the players started with near-identical stacks.

But an ill-timed bluff by Foxen, the probable 2018 GPI Player of the Year winner, changed everything.

Isaac Haxton can now stake his claim as the Phil Mickelson of poker, and that’s some high praise. The latter debuted on the PGA Tour in 1992 but it wasn’t until the 2004 Master’s before he won his first golf major.

In between, he had an impressive 22 tour victories. But, in sports and poker, careers are defined by “major” titles or league championships. Mickelson shook off the “best player to have never won a major” in 2004 and at 48-years-old is already a member of the World Golf Hall of Fame.

Haxton, who had already won just under $20 million in lifetime cashes, scored his career defining win on Wednesday at age 33. And he also picked up his biggest score ($3.67 million).

He’s never won a WPT or WSOP event, although he’s made 11 final tables between the two premier poker organizations. But he’s one of just five poker pros who can say he’s a Super High Roller Bowl champion.

You live by the sword, and sometimes you die by the sword. Alex Foxen is an aggressive player who made sure his opponents this week knew he wasn’t going to be pushed around competing in his first SHRB.

But that aggression proved costly a couple of times, none more so than an early hand during heads-up play. With Haxton holding about a 2-1 chip advantage (approximately 7 million to 3.7 million), the GPI POY leader got a bit ambitious with complete air.

Ike checked when he hit his flush (3 of diamonds) on the turn to induce a bluff. Foxen, drawing dead, obliged, firing out another 515,000 chips and, of course, received a call.

When a blank (off-suit 6) landed on the river, Haxton again baited his opponent into bluffing by checking. And, again, Foxen continued his aggression, this time betting 1.4 million before getting check-raised all-in.

Foxen quickly mucked his cards and found himself in a 6-1 chip disadvantage of which he would never recover.

“This feels great,” Haxton said in his post-game interview on PokerGo. “This is by a lot my biggest score ever. I’ve kind of had a career with a lot of second place finishes, so it feels good to close one out.”

The Super High Roller Bowl V began on Monday with 36 of the world’s best players ponying up $300,000. Rick Salomon, the former Mr. Pamela Anderson, grabbed a Day One chip lead but made a quick exit the following day.

On Day Two, legends such as Phil Hellmuth, Daniel Negreanu, Justin Bonomo, and Fedor Holz all busted short of the money. Mikita Badziakouski, one of poker’s brightest young stars, ended the session as the bubble boy in eighth place.

The remaining seven players, each guaranteed at least $540,000, came back Wednesday to fight for the title. Haxton entered the final table with a slim chip lead over Stephen Chidwick. After eight hours of play, “Hollywood” finished off the job.

Foxen was disappointed he didn’t win the championship ring. But he still won $2,160,000 and all but wrapped up the 2018 GPI Player of the Year award. We can think of worse consolation prizes.

It’s almost impossible to imagine what a Q2 was doing in the mix, anyway. Most likely, I would be second guessing my second guess to play that Q2. I have to ask myself what I hoped the outcome was to be, betting a Q2? With a flush draw showing, nothing on the flop an Ace on the board, and an opponent not going away, something smells “fishy”. All I can say is the aggression overruled logic which applies to being tired, just maybe.