Is Poker TV Dying? A Look Back at 2015 to See What We Can Surmise

Is poker TV flatlining? Has the game changed so much in the past decade or so that TV is no longer its most relevant medium? 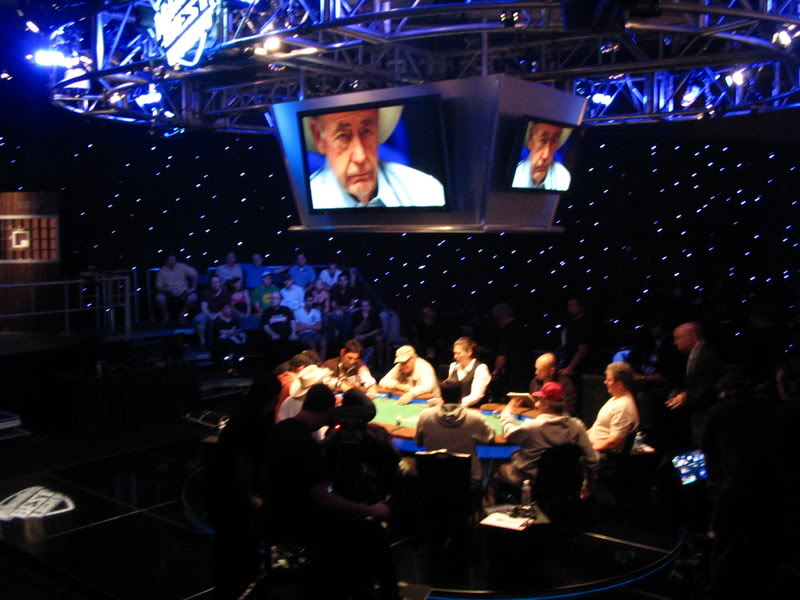 As compelling personalities like legend Doyle Brunson fade away, can TV poker reinvent itself to become relevant to younger, different audiences? (Image: espn.com)

After all, there was a time, briefly, around 2005, when televised poker shows were garnering more viewers than baseball. Of course, no one could have expected this to last, and there was much talk even then of poker TV being little more than a fad that would soon blow over.

Today, with audiences thinning, it seems that those predictions may have been accurate. The problem with TV poker has always been that it can only offer a snapshot of the game, the nuances and experience of playing live poker remaining largely lost on the audience.

When that’s the case, the selling point becomes merely the money at stake, and there’s only so many guys winning a million bucks you can watch before it grows old.

Following the invention of the hole card cam, poker as an entertainment spectacle suddenly became a viable option in a way that it had never been before. The WPT was a huge driver of interest in poker in the early noughties and it sought to capture the audience’s attention by hiking up the blind structure at the final tables which encouraged bold all-in moves.

Slick editing, meanwhile, drove the action along quickly and emphasized the excitement of all-in bluffs and “hero” calls.

But ultimately, an edited poker game doesn’t make a great deal of sense, as all the subtlety is lost and the audience can become confused. Without being a completely relatable experience, the game suffers as spectacle. The fact is, people will always understand baseball much better.

Meanwhile, later personality-driven shows like High Stakes Poker were great for TV, but with a dearth of “personalities” coming into the game, these may not be sustainable for the foreseeable future.

Alex Dreyfus of the Global Poker Index has warned us that poker must seek new ideas, new media, and new platforms if it is to successfully reinvent itself and once again achieve popularity.

Poker has become popular on TwitchTV, for example, because instead of an edited snapshot of the game, we have a whole session while listening to the players’ thought processes in real time. It’s a completely different TV medium and one that offers a different user experience.

And while it’s not for the casual viewer, it’s a new method that allows those who are interested to see the game and its complexities as a whole, and that’s a good thing.

Dreyfus’ own vision, meanwhile, is to create international sports franchises, with teams of players representing major cities around the world, allowing viewers for the first time to root for their “home team.”

This may certainly help drive interest, but it’s the presentation of the spectacle that’s even more compelling. Dreyfus has been inspired by the rise of e-sports and is fascinated by its ability to pack out arenas.

Thus, he has created “the Cube,” which aims to present poker in a similar way. The Cube is a giant sound-proofed one-way glass case, which will house the players with the audience looking in. Meanwhile, hole cards and match statistics will be beamed in real time from the top of the Cube for the benefit of spectators.

Will it work? Who knows? But the idea is to turn the game into a huge multi-media “event,” and to reignite interest from the TV channels and audiences alike.

For Dreyfus, it’s make or break. If televised poker is to survive, it must start to look different and to experiment, otherwise it is in danger of becoming, in Dreyfus’ own words, “the has-been game of the 2000’s.”

televised poker simply needs sponsors buying commercials . with the draftkings ad money gone ( and its very existence circling the legal drain ) the only constant is WPT spending . I would not be surprised to see some attorneys general at the state level taking a look at Club WPT’s status . to my mind its ‘club’ exemption from internet poker laws is suspect , at best .

The terrible WSOP final table play will have dealt a big blow in my mind. Perhaps some specialised t.v. invitational tournaments with only the most exciting pros invited?