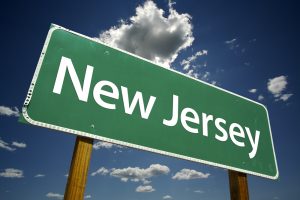 Following on from one of the worst months in the Garden State’s iGaming history, regulators, operators and players were hoping for more in October and they got it.

However, what they got was still short of expectations.

Bouncing Back After September

Leading from the front with a revenue haul of $1,079,478 was the BorgataPoker.com partypoker NJ coalition. Bringing up the rear in October was WSOP.com and 888poker NJ.

Using their combined force, these two platforms raked in $833,925.

However, while this news will certainly have those in charge breathing a sigh of relief, a look at the bigger picture shows that October wasn’t a complete success.

In the ten months of operation in 2015, October only ranks as the seventh best month.

Although not the most significant drop the state has ever seen, the fact the economy has failed to grow is something of a concern.

While the decline is negligible, it does suggest that the market has stagnated and is in need of some radical changes if it’s going to reach new heights.

Potential Spark on the Horizon

Fortunately, PokerStars’ impending return to the US is still due to take place in the first quarter of 2016 and that could be the spark New Jersey needs to move into a new, more profitable, sphere.

Away from New Jersey’s online poker scene, news was better on the other side of the iGaming spectrum for the state’s casino platforms.

In total, New Jersey’s collection of online casino sites raked in $12,863,935 during the month of October; a seven percent increase on September’s takings. Earning the most and enjoying a 170 percent revenue increase was the Golden Nugget.

Thanks to the Golden Nugget and the Garden State’s other operators, October 2015 became the second biggest earning month in the history of New Jersey iGaming.

Once again, however, iGaming in New Jersey appears to be a complex problem to solve.

While casino gaming continues to go from strength-to-strength, poker is struggling to poke its head above the water.

Whether or not PokerStars’ move into the state will help remains to be seen; however, it’s becoming increasingly clear that something will need to change if New Jersey residents are to continue enjoying a vibrant online poker scene.