York Regional Police in Ontario, Canada, released footage of a man being brutally beaten inside an illegal card room in June in hopes of the public outing the suspect who hasn’t been caught. The victim, whose face is blurred in the video, is rumored to be Salomon Ponte, aka “Hashtag King,” a poker player who made headlines earlier this year for insulting poker players on social media and bragging about how rich and skilled he is at poker. 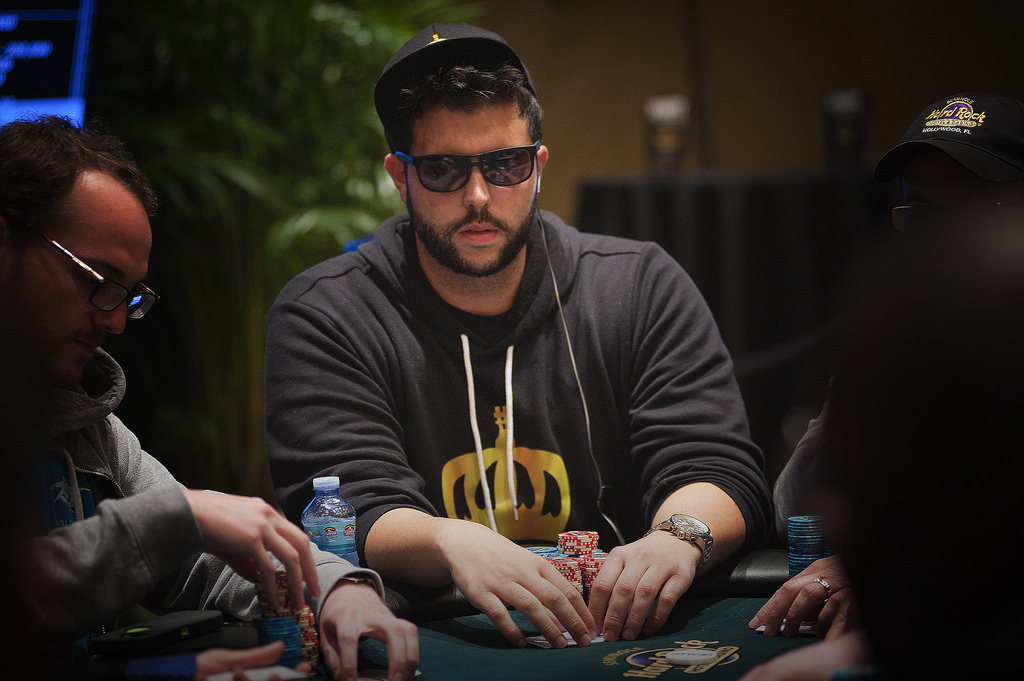 The buzz around poker circles is that Salomon ‘Hashtag King’ Ponte has fallen on hard times, and was the victim of a violent assault in an underground poker room in Canada. (Image: pokerstrategy.com)

Doug Polk, a brief rival of Ponte during Hashtag King’s 15-minutes of fame, shared the video on Twitter and admitted he was unfair to his fellow poker player.

“In retrospect I feel bad about the way I acted towards hashtag king. For awhile I thought it was all an act, but it has become clear to me he suffers from mental health issues,” Polk said via Twitter. “If you haven’t seen the video, it’s likely but unconfirmed HTK is the victim.”

The victim hasn’t been confirmed by police to be Ponte, but plenty of commenters on Polk’s post concur with his read on the victim.

Ponte has neither confirmed nor denied his presence on the video. He has had his Twitter and Instagram accounts suspended (after repeat incidents of abusive behavior) so he has been unable to publicly comment.

“It’s definitely him,” Mike Matusow tweeted. “I tried everything to help him he’s got severe bipolar and then started doing drugs which he never did which made him insane I feel for him his mother was a wreck.”

The 51-second video shows a bald male, probably white but dark-skinned by Canadian standards, wearing a gray t-shirt in a typical underground card room in Richmond Hill, a Toronto suburb.

At one point in the video he throws the victim to the ground, leaving a body-sized hole in the wall. From there the unknown tough is punching and kicking the cowering victim in the head and chest repeatedly.

There’s no game going on at the time, and no audio, so it’s unclear what the suspect and victim are discussing. But towards the end, the man poker players believe is Ponte props himself up onto a chair and appears to be either begging for the man to stop attacking him or promising to make things right.

Rumors are swirling around the internet about why someone beat up Hashtag King. Multiple commenters on Polk’s post suggested that he was indebted $25,000 to a loan shark, but that is unconfirmed and, at this point, merely a rumor.

Police released the video in hopes of the public helping to identify the attacker so they can bring him justice.

Ponte burst onto the poker scene earlier this year when he appeared on “Poker Night in America,” Live at the Bike, and guerilla marketed his #HashtagKing-branded hats. But he didn’t make many friends and quickly became a villain.

He would quickly be banned from “Live at the Bike” for abusive behavior, and during a Poker Night in America $25/$50 cash game, he insulted table opponent Shaun Deeb’s wife (making some rather ugly comments about her physical appearance). He also challenged Polk to a $1 million heads-up match.

Polk accepted the challenge and suggested each player escrow $500,000 in good faith. Ponte, a man who loves to brag about his alleged wealth, refused to escrow the funds and the match never took place.

Speaking of Hashtag King’s finances, the self-proclaimed “best poker player in the world” ran up an $80 bill at Las Vegas barbecue restaurant, Pot Liquor, and was unable to pay the tab, earlier this year. The restaurant owner called police after Ponte refused to pay. A video of the incident surfaced on YouTube, that showed him calling the Hispanic waitress “fat,” while using an ethnic slur.

The Pot Liquor BBQ owner told CardsChat the waitress tried running “eight or nine” of Hashtag King’s credit cards, but they were all declined.

Many poker players have expressed concerns that Ponte, a former CPA from Canada, struggles with mental illness, though many disagree and just think he’s a jerk. But Matusow and Polk, two individuals who don’t possess a medical license, are happy to diagnose him as mentally ill.

If so, it could explain his immature behavior. Or, it could just be an excuse for someone who has wronged many in the poker community in such a short time.

Meanwhile, if you recognize the guy throwing punches in this video, be sure to call Canada.

Pretty pathetic this guys willing to spend the rest of his life in prison over delivering a royal ass whooping like that. Hashtag King is known as a jerk on the poker table and a loud mouth.

No man, this is Canada. The man will be offered rehabilitation and end up losing his temper in public again and again.

It was scary hearing about the robbery at The Bellagio poker room, but playing at an illegal underground poker room is just crazy. This illegal poker room is quite close to my home. I would never play at such an establishment, but reading about a violent act close to home is quite unsettling.