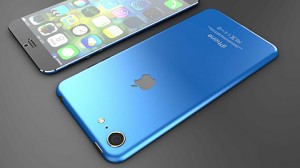 HighStakesDatabase is giving players a chance to win an iPhone6 in a new tournament series. (Image: iPhone6.com)

iPhone6 is the most buzzed-about mobile device to hit the market in a while and now HighStakesDatabase is teaming up with William Hill Poker for a chance to win one. Both companies are not missing out on the opportunity to involve poker with the massive buzz behind Apple’s newest product announcement.

The ease and interactivity of playing online suddenly won’t be tethered to a computer. With many phones capable of downloading software and accessing the Internet, poker sites and operators followed the trend. All it takes is a few taps of a screen and players are able to gamble online for play money or real cash.

As the technology improves, the experience for the user can become sophisticated enough to rival their PC counterparts. The iPhone6 is likely to become the biggest piece of smartphone tech yet, and will be a great platform for players to get their gaming fix and thanks to this promotion, players can win one for free.

Over the course of September and October, HighStakesDatabase (HSDB) is running its biggest series of added-value tournaments ever in conjunction with the William Hill Poker skin. Until the end of October, HighStakesDB.com will be running two tournaments a week and will also be giving away a total of 23 brand new iPhone6 devices. $7,500 in guaranteed cash is also up for grabs.

To kick things off, the first tournament in the series began on Thursday, September 11 with two iPhone6’s being given away along with $500 in guaranteed cash. Exclusive to HSDB, the tournaments only cost $3.30 to enter with an average of 100 players expected per tournament. Thursday’s prize pool had over $2,250 in added cash and prizes while HSDB added over 680 buy-ins to the prize pool.

Apple announced the newest iPhone on September 9 during a press event. Releasing on September 19 in the US, the successor to the iPhone5 will come in two new models with the iPhone6 and iPhone6 Plus. While the Plus has a 5.5-inch screen in comparison to the iPhone6’s 4.7-inch screen, both models are lighter, more powerful and have better network capabilities over previous models.

New and existing players who signed up to William Hill Poker through an HSDB link are able to enter the tournaments. Any player who joins through an exclusive HSDB link are also credited with $20 and a gift bag of casino credits, freeroll tickets and poker coaching software.

HSDB did not specify which model of the iPhone6 will be given as the prize. However, the iPhone6 will only be ordered once it becomes available in the winner’s country. This means players won’t be able to use the tournament as a means to bypass the iPhone6’s street date in their country. But those players who are already satisfied with their current smartphone can take $850 as a cash alternative instead.

Hi, this are one of the most valuable tourneys, I have seen through the years. HSDB always has paid out! (Have won 4 Ipads/tablets through them) Took cash prize every time.

I think if you don’t play on WH yet, this is 100% the best link you can use for this.
Guess this is like a partnership with HSDB?

Never played on this site, curious, does CC have a code for It, also thanks for the vote of confidence on this site MOD